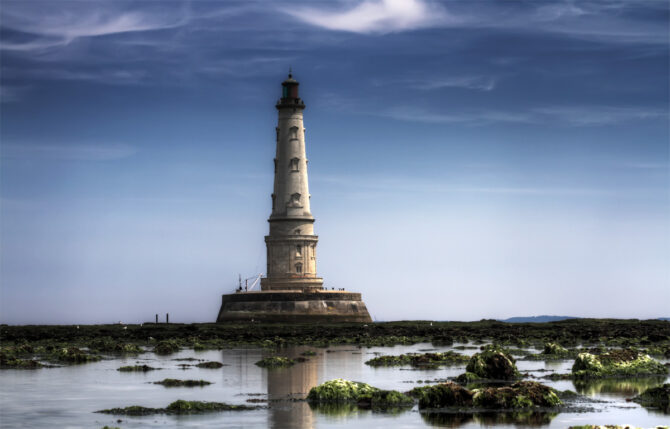 From the Taj Mahal to Australia’s Great Barrier Reef, only the most truly awe-inspiring monuments and locations around the world have achieved Unesco World Heritage status. By 2021, an impressive 49 French sites had received this prestigious recognition. Spread throughout France and its overseas territories, each represents a snapshot of how life has evolved over the millennia. Some, such as the banks of the Seine in Paris, are known to everyone, and are joined by sites as diverse as the prehistoric caves of the Vézère valley and the manmade, almost other-worldly, landscape of the coal-mining basin in Pas de Calais.

The two most recent sites to join this highly selective list are the Cordouan Lighthouse at the mouth of the Gironde estuary in south-west France, which “embodies the great stages of the architectural and technological history of lighthouses”, and the city of Nice. Beloved by Queen Victoria and the social glitterati, long before package holidays, it bears witness to the evolution of the winter resort due to its mild climate and seaside location at the foot of the Alps.

It was only fairly recently that I learned that the idea to safeguard certain sites and monuments was first mooted after the devastation of World War I. However, it wasn’t until 1959, and an even more devastating war, that the international community started to band together to take steps to protect irreplaceable sites and monuments.

This was the year the Nubian Campaign was launched in Egypt to move monuments in order to protect them from being swamped by the Aswan Dam project. This, along with other enormous operations such as protecting Venice from flooding and the run-down Borobudur Temple in Indonesia, was instigated and led by Unesco. The hope was to protect such irreplaceable sites – whether manmade or natural wonders – against the ravages of time and war. As of July last year there were some 1,151 sites listed worldwide.

In 1972 a convention was finally set up under the auspices of Unesco, shaping the notion that World Heritage knows no national borders and belongs to all humankind. The first sites to achieve status were listed in 1978, followed swiftly the next year by the first three sites in France – Mont St-Michel, the Château de Versailles and its grounds, and Chartres cathedral with its stained glass and statuary.

Only countries that sign the convention creating the World Heritage Committee can nominate sites and, at latest count, 191 have done so. They can submit applications for a site to be included having met 10 criteria, the first of which is that it must represent a masterpiece of human creative genius and cultural significance. Put simply, each must be outstanding in their field and the committee retains the right to admit or remove sites from the list.

An increased profile with travellers is just one of the benefits of inclusion, of course, as tourism helps to make any site more self-sustaining. They also become eligible to receive funds for protection and preservation with access to global project management resources if needed. Furthermore, sites are protected under the Geneva Convention against destruction during war (there are seven sites with Unesco World Heritage status in Ukraine).

The most visited World Heritage Site in France is at the nation’s heart – the Left and Right Banks of the River Seine in Paris, starting from the Île de la Cité. Stretching along the quais, it takes in the best bits of the city and many treasures of the capital, starting with the 12th-century splendours of the Ste-Chapelle and Notre-Dame cathedral (interestingly, all distances in France are measured from the forecourt of the latter).

Notre-Dame is of course currently undergoing major restoration after the devastating fire in 2010, and extensive works have recently uncovered a previously unknown 13th-century sarcophagus under the nave. The project is scheduled for completion by 2024 – an achievement to my mind of a modern miracle!

This little island is linked to both banks with many bridges, the Pont Neuf being the most famous. Along the route there’s the Louvre on one side and the Musée d’Orsay on the other, and I have spent many a happy hour at each. The Musée d’Orsay was originally built as a train station in the grand Belle Époque style in 1900, serving the south-west of France, and was imaginatively reconfigured as a museum to house the most amazing collection of Impressionist masters, from Manet and Monet to Gauguin and Van Gogh. The Eiffel Tower marks the end of the listing; built in 1897 it remains the symbol of Paris.

Sites are not restricted to architecture, of course. There are cave paintings in the Vézère valley and Ardèche (why they were created here, no one knows), and the wine terroirs of Burgundy and the hillsides and cellars of Champagne.

Some routes through France are listed, such as the tranquil Canal du Midi cutting its path across southern France and some parts of the ancient pilgrims’ routes to Santiago de Compostela.

There are also buildings, from Vauban’s defensive forts and the architectural works of Le Corbusier with his contribution to modern-day architecture, to the glories of Versailles, Fontainebleau and the Roman ruins in Provence, notably in Arles, Orange and the Pont du Gard.

The reconstruction of Le Havre after World War II by Auguste Perret is also on the list; notable for its town planning, the style is a little too Brutalist for my taste.

There are protected stretches of countryside and seascapes, and towns including Avignon, Carcassonne, Strasbourg and Lyon. Perhaps one of my favourite places to visit is the Loire Valley with its wonderful châteaux. Unesco World Heritage Sites really are the best of the best in France! Previous Article See Inside: Escape to the Chateau DIY’s Château de Saugé is for sale
Next Article French Fish and Chips: Real life as a chef in France