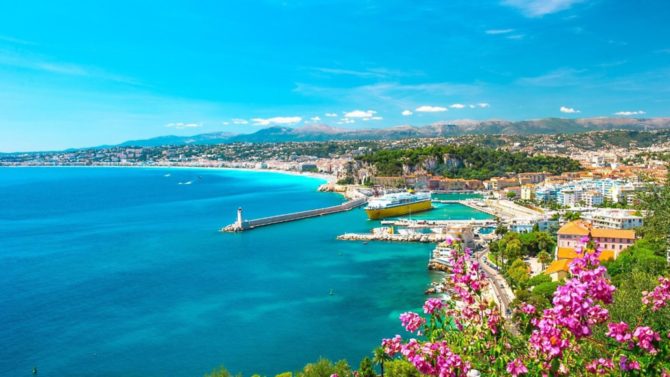 Sunny weather, transport and healthcare put Nice in the south of France number three for Quality of Urban Living in the Expat City Ranking 2020 showing it is a great place to retire

With ample amenities, culture, entertainment, a host of ways to meet fellow expats, and employment opportunities, people of all ages including students and retirees seek the city life when moving abroad. So, which French city do you choose?

Nice in Provence-Alpes-Côte d’Azur, was the highest-ranking French city in the InterNations Expat City Ranking 2020 and came third place for ‘quality of urban living’. The ranking, which includes 66 cities across the globe, is based on the Expat Insider survey conducted in early spring 2020 (before covid-19 restrictions came in) which had more than 15,000 respondents representing 173 nationalities in 181 countries or territories worldwide.

Capital of the French Riviera, Nice has an international airport and a tree-lined seafront, making it a popular holiday destination. But some dream bigger and chose to move there full-time. Survey respondents rated Nice positively in the ‘feeling welcome’ subcategory as 75% of expats said they feel at home in Nice and 58% were happy with their social life there.

Within the study, the Quality of Urban Living Index, in which Nice came third, assessed the cities in the categories of leisure & climate, transportation, safety & politics, and health & environment. The Mediterranean climate especially, gave Nice the edge as there wasn’t a single survey respondent that said they were unhappy with the local climate and weather in Nice.

Healthcare was another major plus point with respondents, who gave Nice high ratings for the affordability and quality of healthcare, while more than nine in ten expats (92%) rated the availability of healthcare positively. An impressive 86% favourably rated the public transport system, with one respondent from the USA stating that, “transportation [in Nice] is clean, reliable, and cost effective for seniors.” A fantastic choice for those wanting to retire in the sun while ensuring they have everything they need on their doorstep.

In the overall Expat City Ranking, which also considered how easy it is to settle in, as well as urban work life, and finance and housing; Nice ranked 7th out of the European cities and 13th out of the full 66 cities.

Nice vs London: an easy choice?

4 of our favourite French cities

Previous Article Where to buy property just across the Channel in northern France
Next Article Coronavirus: More financial aid announced for hospitality businesses in France