Carol Drinkwater: A roadtrip from Paris to Provence 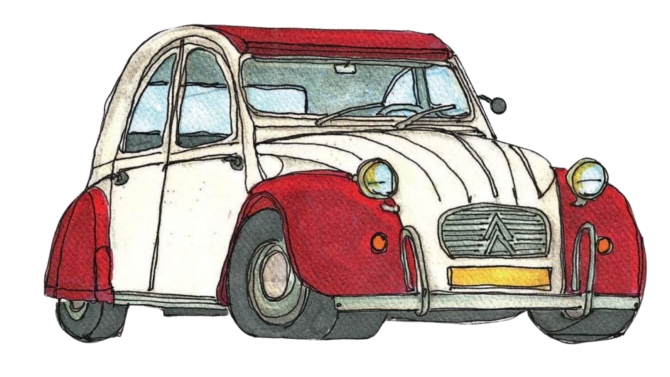 One of the joys of travelling in France is driving from our home east of Paris south to our Olive Farm overlooking the Bay of Cannes. We have been making this trip by car far more frequently since the pandemic outbreak. It feels safer. Plus, these eight hours together without computers allows us to indulge in the beauty of seasonal changes.

The vineyards turning green; later clustered with sweet fruit. In late summer, early autumn, rows of nimble pickers bending low to pick the grapes. I know this route almost by heart; the fields yellowed with ripening corn or big blowsy sunflowers; the forgotten châteaux snapped up by city-dwellers keen to renovate. I take pleasure in logging the developments along the way (mostly!). We have discovered the best places to stop for cheaper gas, or close to Beaune, our favourite boutiques to stock the car with crates of excellent, locally produced wine.

Lyon is our halfway point. Occasionally, we overnight there simply for the pleasure of reconnecting with this city. Lyon, capital of the French midlands and gateway to the south. Lyon was founded in 43BC and still proudly displays its Roman footprints. In the Middle Ages, it was France’s distribution centre for the exotic spices brought from the East by Italian merchants.

I remember my first visit to this splendid city built on the banks of the mighty Rhône river. I was 13, on vacation with my parents. We were travelling by road to Spain – such a daring adventure back then, more than half a century ago! We parked the car, seeking a modest pension for the night. No booking in advance on the internet, we simply walked in off the street. With hand signals and loud enunciations, my father requested rooms. The receptionist nodded, proffering two ancient keys.

We strolled the foreign streets, on the lookout for dinner, which we found at a family brasserie. Our meal consisted of meat quenelles lying on a bed of soft potatoes dressed with a Béchamel sauce. It was before frites were on every menu and Lyon was fêted for its traditional cuisine.

For some reason it still delights me to recall the proprietors of that restaurant. He, in white shirt sleeves, dark waistcoat and or do I imagine it? – a cigarette glued to his lips. She was a full-bosomed, broad-beamed woman who reminded me of my Irish grandmother. Perched behind the cash desk as though on a throne, her hair in a bun, she called loudly to her husband as he transported large white plates laden with food back and forth from the kitchen.

Madame was wearing a navy dress with a white floral design, just like my grandmother wore to Mass on Sundays. Beneath her, settled within the maze of legs of the high wooden stool was a long-haired German shepherd. He was a stunner, barked a greeting as you entered and then, black eyes glued on you, he silently watched as you made yourself comfortable and downed the delicious food. It included dessert because we were on vacation.

These days Michel and I occasionally dine at Brasserie Georges, an Art Deco delight, though founded in 1836. It is situated near the railway station, originally well-placed as a watering-hole for the stage coaches passing through.

The following morning we might visit the visually striking Musée des Confluences. It didn’t exist in my parents’ days. They would have loved it, positioned at the river’s edge bustling with maritime traffic. After a light lunch, we continue on to our land of olive trees and sunshine, shaded by avenues of plane trees. La belle France.

Carol Drinkwater is an award-winning actress and the bestselling author of The Olive Farm series.