A Year at the French Farmhouse: I wrote a book about living in France 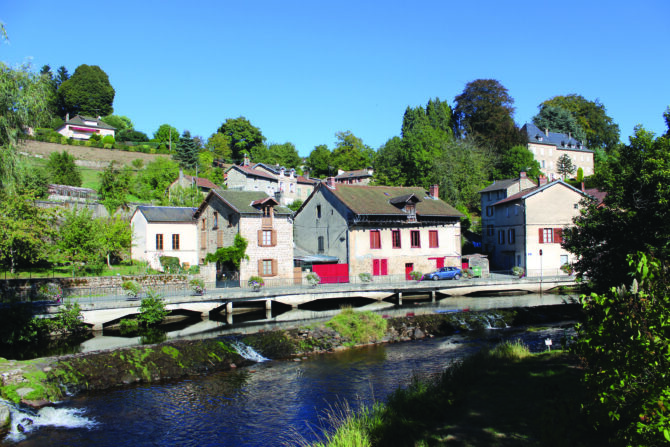 Author Gillian Harvey moved to France with her husband in 2009, but it took the writing of her new book to reawaken the love she felt for her adopted home

As I sip my coffee, I look out of the French windows, across the tumbling fields that fall away then rise up on the opposite side, peppered with trees. The sun bleeds orange and pink across the sky and the air is crisp and fresh. I am reminded, once again, of how lucky I am to enjoy my morning caffeine hit against such a beautiful backdrop.

I moved to France in 2009, husband in tow, in order to have an adventure. And we certainly have. Thirteen years later, we’re settled in Eymoutiers in Haute-Vienne, not far from Lac de Vassivière. With property prices lower, we could afford a decent-sized property on a modest budget; and our children have grown up in a fresh, safe and beautiful environment, easily acquiring their second language and the lifelong gift of being bilingual.

As parents, too, with fewer financial restraints we could be present as our children grew up. My husband took early retirement and now spends his time on endless house renovations. And I was able to pursue my dream of being a writer, meaning I can work from home.

Sounds like paradise – right? But if you’d asked me a year ago whether I felt lucky to live here, I’d have probably looked at you with confusion. Up to my ears in admin, working round the clock on writing assignments, dealing with the difficulties that come with raising children in their tweens, life had taken over. My busy and sometimes stressful existence meant I’d begun to focus on the minutiae without taking a moment to stop and smell the croissants. That’s the problem with life – it can get in the way of living sometimes.

Our first years in France felt like a holiday. We’d moved to the middle of nowhere, having spent the previous several years teaching in UK secondary schools and umping to attention whenever a bell rang. We revelled in the silence, in the slightly warmer climate; loved the fact we were now masters of our own destiny. We felt we’d escaped from the daily grind of life and found ourselves in paradise.

Going with the flow

The nearby lakes – Vassivière being the biggest – were also a bonus. We could visit the beach whenever we chose, or sit on a lakeside balcony and sip a glass of wine. We discussed whether we might one day try windsurfing (so far, this has not happened) and occasionally took a boat out on the water.

As well as enjoying our rural idyll, we’d make regular trips to the nearest city, Limoges, where we’d enjoy shopping in the tiny boutique stores and strolling around the botanical gardens. We’d eat out in quirky restaurants, go to galleries and explore porcelain outlets.

Family and friends were always keen to visit, and we got used to living a semi-holiday while showing each new visitor the sights. Having different people with different interests to stay meant we sought out activities that we wouldn’t ordinarily have – and found ourselves skimming on zip-wires or marvelling at historical buildings and visiting tiny towns to see tapestries forming on ancient looms.

The problem with moving to a holiday destination is that after a while, life becomes ordinary. For us, this was exacerbated by the fact that we soon became parents to five children born in quick succession (there’s clearly something in the water here) and that my career as a freelance writer, then novelist, began to take off. These are both very good things, but they changed the pattern of our days and meant that our time was no longer always our own.

By then, I was ready for a bit more excitement – a period of doing little other than trying to tackle an overgrown garden meant my brain was hungry for more to chew on. So I embraced the increased workload – both family and writing-related – and felt even more lucky that we’d chosen to make the move cross-Channel affording us the time and space to thrive.

By 2018, our children had all started school, and I began to work more. Having to be home when the kids finished for the day meant we didn’t stray too far from our front door. Visits to Limoges became a rarity, and beach trips were taken on weekends where we spent our time standing shin-deep in lake water watching little ones with rubber rings, or reluctantly building sandcastles. Like everyone, our world shrank even further in 2020 when the pandemic struck.

We were lucky to be locked down where we were – with our enormous garden, the children didn’t feel too confined and treated the time like a holiday. We, like most, got used to living a smaller life, staying home and concentrating on keeping the children happy, with a little nod to home schooling when we could cope. Friends and family could no longer visit and felt far away in a way they hadn’t seemed previously.

When our world began to open up, we’d venture to the local market, or sometimes grab a coffee in the local tabac. We’d ferry the children to school, come home and work on our various projects, pick them up and have tea.

Work began to build up again; the house needed lots of TLC after six months of being played in. Our new busyness and the limited horizons we’d become used to meant the world stayed small and I no longer saw the beautiful backdrop to my life.

Living in a beautiful place, steeped in history and buzzing with nature is only a gift if you appreciate it. If you’re looking at a computer screen for half the day and spend the other half shopping for food, cooking food, scraping food the children didn’t eat into the bin, you could be living anywhere. I began to trudge through life wearing blinkers. I didn’t feel particularly unhappy, but neither did I count myself as particularly lucky.

Writing a novel about real life in France

Since I’d acquired a literary agent in 2018, she’d asked me occasionally whether I fancied setting a book in France. I’d set my first two novels in the UK, and hadn’t really had the urge to write a destination novel. I didn’t want to base something in France purely for the sake of it – the story was the important thing, and so far mine hadn’t fit a continental backdrop.

Then suddenly in mid-2021, an idea struck. The idea for a story that needed to be told, and this time it was set in France. I began to plan and then write the same week, and found the words pouring out of me as naturally as if the book had been waiting in the wings for me to notice it and transfer it from imagination to paper.

Setting my book in rural Limousin had another unexpected side effect. Describing the lake, the tiny restaurants, the precarious roads, the market days and tiny villages, the people, customs and daily life of my little town opened my eyes to the beauty of my surroundings once more.

It was as if I’d taken a step back and was looking at my life in France as a stranger might. The things that made life funny and fun; the frustrations and surprises. And more than anything the beautiful scenery, clean air, plentiful croissants and friendly atmosphere I’d come to take for granted.

I’d be struck suddenly by the architecture of a building I’d passed every day without comment; marvel once more at the view tumbling forth from the kitchen balcony. I’d notice anew the differences in our way of life: the aspects of French culture we’ve adopted since living here; the sense of community that means we’ve never felt like outsiders, even when stumbling over our verbs.

Falling back in love with France

I realised how much my life had shrunk, and that the things that had caused me to retreat into a smaller world no longer existed. There are no more lockdowns. The children are bigger and can participate in a wide range of activities. They no longer need me to stand next to them when on a lake swim (although I still keep a careful eye from the picnic rug). They’re open to new experiences… sometimes.

And it made me realise that I needed to start pushing back the boundaries created by life and circumstance and fall in love with France all over again. Whether it’s simply taking a moment to look out of the window, making plans to visit towns and villages in the local area, taking the train for a day in Paris, or learning to paddleboard on the local lake (I’m keen, but still working on my husband).

Looking at my world with a writer’s eye has made me fall in love with France all over again. And I’m determined that – admin and French grammar aside – I’ll never forget just how lucky I am to be living in such a wonderful place.

A Year at the French Farmhouse

Gillian Harvey’s book A Year at the French Farmhouse is out now and available on amazon, you can also be in with the chance of winning one of four copies in our competition (until 12th January 2023). For more inspiring real life stories subscribe to French Property News magazine. 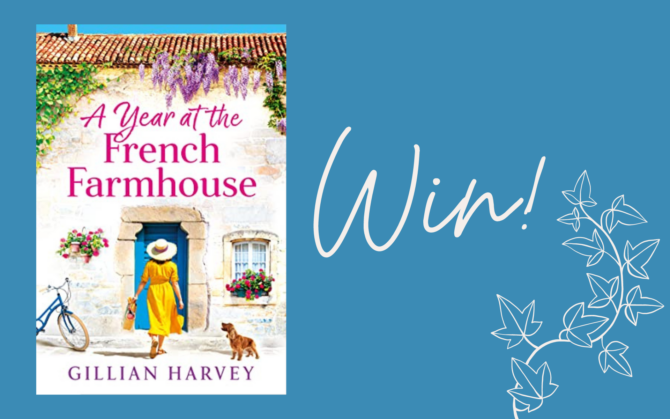 Previous Article 17 French properties within walking distance of a vibrant town centre
Next Article Flying saucers in France: A history of UFO sightings