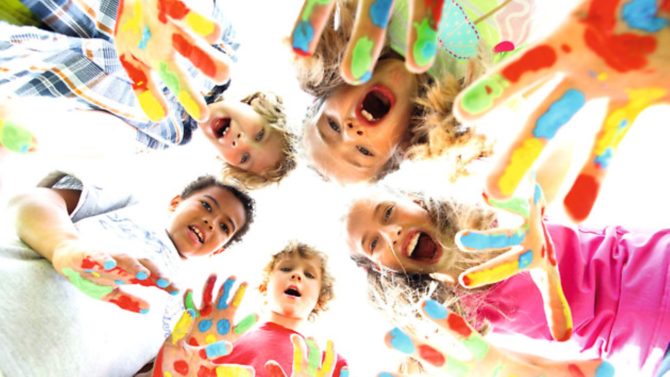 France has the reputation of having one of the best childcare systems in the world. We take a look at the different childcare options available from childminders to after-school clubs

When it comes to childcare, France is seen around the world as having one of the best systems. In fact, the options available are not so very different from those in the UK. What is different, however, is the availability and affordability for every family – something that lies at the heart of France’s ‘politique familiale’, meaning that family is seen as key to overall social inclusion.

Nurseries and crèches, for example, are approximately 80% state-funded via local and regional authorities. However, in line with France’s ideology of ‘la responsabilité individuelle’ within its social welfare structure, parents are means-tested and so pay a percentage of the fees on a sliding scale according to their income.

Accueil collectif is open to all infants until they go to pre-school, known as école maternelle (usually at three years old but sometimes from two years old if toilet-trained), and to children up to six years old outside pre-school hours.

There are different types – and names – for this type of group childcare provision, including crèches collectives (nurseries or crèches), crèches d’entreprises (workplace nurseries), haltes-garderies (usually providing before and after-school care only), jardins d’enfants (kindergartens), micro-crèches (mini nurseries allowed take a maximum of 10 infants). These different options may be run by a local community authority, an association, a private company or a business.

Staff will include a director, who is normally a qualified health or education specialist, and a team of childcare professionals on a ratio of one employee per eight children who can walk, or per five children if they are not yet walking. They follow an early-learning ‘curriculum’ that feeds into the pre-school educational programme.

Prior to opening, all of these establishments are visited by a team from the local authority’s PMI (Protection Maternelle et Infantile) department, which checks that health and safety standards as well as an appropriate infant-friendly environment are in order. The majority of these crèches are happy to take infants on a regular or occasional basis, often operating 11 hours a day, and usually closed only on public holidays and for the month of August. They are nearly all registered with the local family welfare service, CAF (Caisse d’Allocations Familiales), which pays the lion’s share of fees – the crèche management calculates any parental participation based on income and family composition.

These are childcare groups set up and managed by a parents’ association. They are limited to 20 infants, occasionally 25 depending on circumstances, but are otherwise subject to the same regulations and welfare subsidies as other public and private nurseries. Some parents may be active in the day-to-day care of the children at the crèche.

Assistante maternelle is the official French term for a childminder, though they are often referred to as a ‘nounou’, short for ‘nourrice’ (French for ‘nanny’). Since 2010, childminders have been allowed to work outside their own home, with up to four childminders permitted to work together in a shared location (effectively the ‘maison’ of the title), and each permitted to look after four children at the most. The idea is basically to give childminders a chance to work differently and avoid the isolation of home-working.

To work in a MAM, childminders require a specific approval from the authorities, which recognises their professional status and fixes the number and the ages of the children they can look after. they are given a contract and paid by the parents who employ them, as with childminders working alone. Parents can seek financial assistance to pay fees for children under six years of age from the CAF or the MSA (Caisse de Mutualité Sociale Agricole) via a specific benefit catchily known as the ‘complément de libre choix du mode de garde de la prestation d’accueil du jeune enfant’.

This benefit helps to pay up to 50% of the significant social security payments incurred when employing someone (the famous charges sociales) plus a part of the childminder’s salary. The amount depends on income level and the number and age of the children you have in childcare. However, a minimum of 15% of fees must be paid by the parents themselves.

Again, parents using a childminder or nanny at home are their employer and therefore subject to paying French employer social security charges on top of a salary (as stated above, around 50% of the charges, costs and some of the salary is reimbursed for most families). As the employer, you must provide and sign a work contract, pay a monthly salary and declare payments to the Centre Pajemploi (a service within the local CAF), which is responsible for then sending payslips to your childminder. You must familiarise yourself with, and respect, the Code du Travail and the regulations set out in the national convention pertaining to any individual (as opposed to business) who employs another.

If you lodge or provide meals for your employee, costs are fixed at €71 per month for lodging, €4.70 per meal and deducted from pay. Minimum salary starts at €9.61 per hour (€7.34 net) – after three years with the same family, the employee is entitled to a 3% pay rise (1% for each year) up to a ceiling of 10% after 10 years. inevitably, salaries vary according to experience, qualifications and demand.

Most schools provide out-of-hours childcare (before and after school, and at lunchtimes); this is usually part-funded by the local community, which employs the carers. In some cases, it is organised through an association.

In the case of holiday clubs, the team includes a nominated leader who has a BAFD (Brevet d’Aptitude aux Fonctions de Directeur, i.e. is competent in the functions of a director) or someone in the process of gaining this diploma. At least one or more of the coordinators – or ‘animateurs’ as they are called in France – should have, or be studying for, a BAFA (Brevet d’Aptitude aux Fonctions d’Animateur, i.e. a competent coordinator). the brevet is not a particularly high-level qualification – it’s effectively the equivalent of an exam taken at the end of middle school – so it is worth finding out more about the organisation behind the club and the experience of the team employed.

The cost of these clubs provided locally is not that high – and again there is financial aid available for lower-income families – and usually you can choose how many days or weeks you wish your child to attend. That said, it’s always a good idea to get organised and make sure to sign up early (the school generally provides details ahead of the holidays) as places may be limited.

Anyone in a position of responsibility for taking care of, or working with, children and minors, must have a basic level of recognised training. In the case of childminders, in order to gain approval from the local authorities to register as a childcare provider, they must complete 60 hours of training before taking on the first child, and a further 60 hours over the following two years. (Those already holding certain childcare qualifications may be exempt.)

They must also have a medical check-up, ensure vaccinations are up to date, and satisfy a team of inspectors that their home is a safe and child-friendly environment before starting work.