Do I need a separate French will to cover my property in France and how do I go about it? 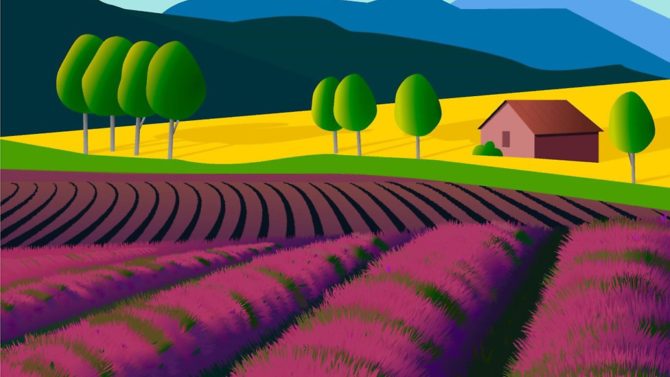 Where there’s a French will, there’s a way to enjoy your property without creating an inheritance headache for your heirs, says Sue Busby

I often feel quite envious when I see pictures of the lovely French properties our clients are buying. However, I often feel very sorry for some of our other clients who are the children or other heirs who are left behind to sort out their parents’ or relatives’ French estates, when they have not been well organised in advance. No-one wants to leave a headache for their children or other heirs but writing wills is often something that gets put to the bottom of the ‘to do’ list. It really is worth attending to this matter at the time of purchase and reviewing the situation from time to time, in case something has changed in your circumstances or the law.

Whilst your English will, if it is validly executed in England or Wales, would be respected in France, there are a few problems with relying on an English will alone. One is that they tend to be written in a less than straightforward way which is often difficult for the testator himself to understand, let alone a lawyer from a different jurisdiction like France. For example, the word ‘trust’ is invariably used. The concept of a trust is not commonly used or understood in France and is best avoided for use there. An English will would need to be translated into French by a court or certified translator, causing trouble and expense for the heirs. It is likely to be less costly to have a separate French will for the French estate, written in French, so that it can be easily used and understood in France. Also, having a separate will for the French property means that the two estates can be dealt with more or less separately.

Obviously, your French will should be in French so how can this be done? There are various types of French will for different circumstances but the most common are the authentic will (testament authentique) and the holograph will (testament olographe). The second, for a will that applies to French immovable property, you can do yourself, in your own handwriting. You could have this prepared in French by a French property lawyer in England/Wales. You would then copy it out in your own handwriting and sign and date it. As soon as it is signed and dated, it is valid. However, if you cannot face the thought of handwriting your own will, you may prefer to do the testament authentique. This would be typed and then signed in the presence of two notaires in France.

All that remains is to then to store your will in a safe place. For the testament authentique, which would be registered at the French wills registry, this would automatically be stored with the notaire who registered it. For a holograph will, this could be left with a notaire, in which case it would be registered at the central wills registry in France and stored at his/her office. However, dealing with the central wills registry in France can be a lengthy process and having to deal with the notaire who holds the will after death has occurred can also be inconvenient, especially if he/she is not the notaire who is dealing with the probate as a whole. Therefore, we usually recommend that your French holograph will is stored with whoever keeps your English will so that both can easily be accessed by your heirs.

Home and car insurance in France: what’s covered and how to cancel your policy

How will French taxes change for UK nationals after Brexit?

Some types of a French will can only be prepared by the notaire. The testament authentique has already been mentioned. Another will that falls into this category is known as a liberalité résiduelle. Using this type of will, it is possible under French law to leave your French estate to one person who is then obliged to pass on whatever remains of that estate to a second person nominated by you. The person who receives this legacy is not obliged to keep the whole thing intact but must pass on whatever is left on their death to the second person. For example, you may want your niece to have your French property and the money in your French bank account but would like it to be left on her death to a particular charity. This can be done using a libéralité résiduelle but it must be prepared by a notaire.

You may have heard that your children have rights under French law and that it is not possible to disinherit them, whereas you would prefer to leave your share of the property to your spouse and then to your children. Since August 2015, by virtue of the EU cross border succession regulation 650/2012, it has been possible to stipulate in your will that either the law of your habitual residence or the law of your nationality is to be applied to your French estate. This gives you freedom to leave your French property to whoever you want. However, as the succession regulation does not have any bearing on the amount of inheritance tax payable, care should be taken when making such decisions. You may be estranged from your own children and prefer to leave your French property to a nephew but if you do, the nephew would pay a high rate of tax on that legacy. It would be slightly better to leave the legacy to your sister or brother, ie the parent of your nephew, as the closer the relative the lower the tax rate is.

I should also mention that the UK has not signed up to the succession regulation but France has. Normally, under private international law rules, your immovable property in France would be dealt with under French law in accordance with the principle of renvoi. This means that, for immoveable property, English law gives back jurisdiction to the state where the property is situated. However, if you are British and have specifically made a choice that the law of your nationality is to apply to your French estate in a will, then that will be respected and applied in France.

I would like to mention one more option. What if your handwriting is not as good as it used to be? We all use keyboards so much these days that the art of handwriting has diminished somewhat and it can be difficult to prepare your own holograph will. At the same time, perhaps you do not have time to attend a notaire’s office to do an authentic will. In this case, you can instead do a French-style will, written in French but executed in accordance with English law. By French-style, I mean a simple will that uses plain language, without the use of the word ‘trust’, which might cause confusion in France. It would then be done in such a way that it is valid under English law which simply means that it would be signed in the presence of two witnesses. This could be prepared by your French property lawyer and witnessed by two suitable people such as the solicitors who have your English will or simply two adults who are not beneficiaries under your will.

There are many options to help you achieve your objectives. Your heirs will thank you for taking action sooner rather than later.

Previous Article Where do the French buy holiday homes and what do they pay?
Next Article Competition: Win a holiday for four on the Île de Ré with Sunêlia Vacances

Regional architecture: The suspended houses of Pont-en-Royans and their history

5 of the best French Christmas films to watch

Property prices are beginning to fall in notoriously expensive Bordeaux