UK-France treasure hunt with £650,000 prize to be launched in April 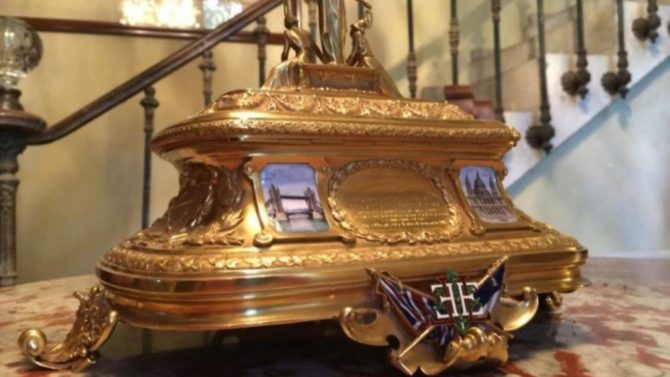 The Golden Treasure of the Entente Cordiale (Le Trésor de l’Entente Cordiale) will see treasure seekers solve clues to find two halves of a key – one located somewhere in the UK, the other in France. When put together, the key will open the case containing a golden casket.

This ornament was given to French President Émile Loubet by Britain’s King Edward VII to seal the Entente Cordiale in 1904. The set of agreements marked the end of centuries of conflict between the two nations and it looks like this treasure hunt may require some more cross-Channel co-operation.

The clues to the key are concealed in two books – one in English, one in French, written by creator Michel Becker and his team. Becker is the artist behind the famous On the Trail of the Golden Owl (Sur la Trace de la Chouette d’Or) treasure hunt, released in 1993 with author Max Valentin. The prize of this long-running competition is an owl statuette sculpted by Becker and it is said to be worth around one million francs. There is still an avid group of puzzlers trying to crack the code, some 28 years later.

The hunt will begin on 8 April 2021, which is the anniversary of the signing of the Entente Cordiale. Bonne chance!

To get involved, head to the Golden Treasure of the Entente Cordiale’s website.