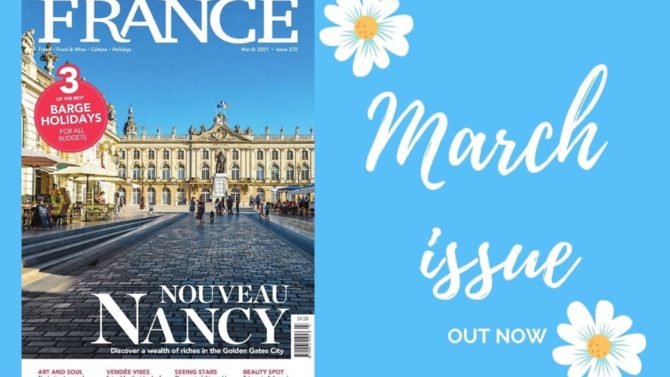 The epic dessert, weighing a whopping 700kg, was concocted as part of the town’s famous strawberry festival.

Take a stroll in this riverside belle with Amy McPherson on page 33.

2) A Vendéen château may have inspired Tintin author Hergé

The Vieux-château on the Île d’Yeu is said to have inspired the castle in The Black Island comic.

YE or NO? See which of the Vendéen islands takes your fancy after reading Lebby Eyres’ adventures on page 36.

Marvel at Dalí’s work in a dramatic setting with Stephen Turnbull on page 54.

4) Nancy’s nickname is the City of the Golden Gates

The north-eastern city is famous for its Portes d’Or, which can be seen in Place Stanislas.

Admire the architecture of this culture-rich destination with Solange Hando on page 60.

The cake is said to have been named in honour of his Russian employer, Czar Alexander I, and Princess Charlotte, the daughter of his former employer George IV of Britain.

Discover more about the great chef with Paola Westbeek on page 68.

Jacques Balmat hunted crystals and chamois for a living while Michel Paccard was a physician – both with a penchant for climbing, naturally!

Find out more about France’s mountaineering tradition on page 80.

7) There’s a bridge named after Simone de Beauvoir in Paris – have you used it before?

It links Paris’ 12th and 13th arrondissements, either side of the River Seine.

Read all about the amazing life of Simone de Beauvoir in Lucy Parford’s article on page 82.

Previous Article Beautiful hikes and walking holidays in France’s Massif Central
Next Article UK-France treasure hunt with £650,000 prize to be launched in April