Who are the Kretz family members from Netflix’s The Parisian Agency? 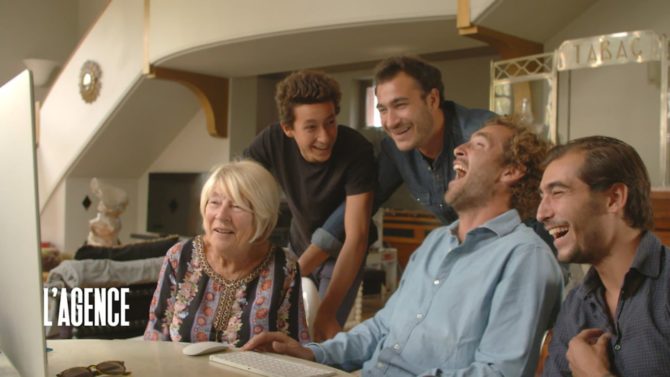 From luxury Parisian apartments to lavish French Châteaux, their friendly faces take us on viewings of some beautiful French properties for sale on the popular new Netflix series The Parisian Agency. Learn more about the Kretz family behind the exclusive real estate company

Olivier, father of the family and founder of the company, is a graduate of economics at Rouen Business School and he has held over 20 different sales and marketing manager positions in companies including Procter and Gamble and Pernod Ricard. He has been married to his wife Sandrine for over 36 years, having proposed on the Place Dauphine, and together they have four sons, Martin, Valentin, Louis and Raphael.

Proud wife of Olivier and loving mother of her garçons , Sandrine was previously a teacher at a private Parisian school and created a decoration company specializing in the renovation and home staging of houses and apartments in Paris and Normandy. This eventually led to her becoming involved in real estate, something she and her husband Olivier did together that soon became a great business opportunity.

The eldest son and leader of the boys, Martin studied management and marketing at ESC Montpellier, and worked for a year and a half in Chile and a year in Mexico, meaning he is fluent in Spanish. He is married to architect Eve von Romberg, a graduate of the Paris Belleville School of Architecture, and together they share two children.

Valentin is the second oldest, and he studied engineering and computer science at Leonard de Vinci Engineering School and Mathematics and Computer Science at City University in Hong Kong. He has worked in Stockholm, Sweden doing business development, and as a real estate broker for a New York company and in Manila in the Philippines before joining the family business. He is married to renowned fashion designer Charina Sarte, and together they have a son.

Louis is the third son that has joined the family business. He attended the École Supérieure de Publicité, and he is responsible for the rental properties and focuses on marketing and communication.

As the youngest in the family, and not yet working for the family business, Raphael is still attending school, but is quite involved in the business discussions as they often take place at the dinner table.

A one-of-a-kind grandmother that lives right next door to the family, Majo loves to check in on the family and keep them on their toes, even getting the sons to set up an online dating profile for her!

Find your own Parisian apartment