Have France’s pension reform strikes finally come to an end? 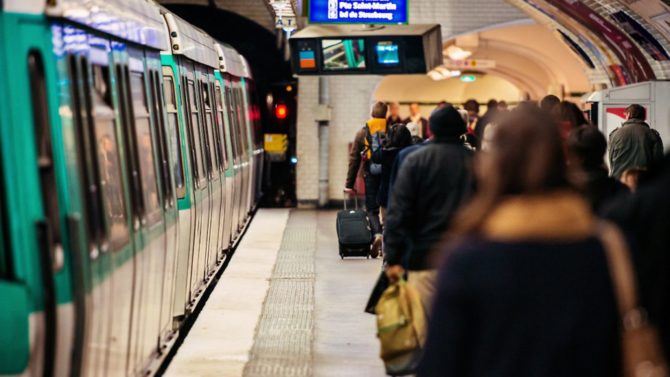 Rail workers have been protesting since December against President Macron’s planned pension reforms but union members have now voted to suspend the strikes. However that doesn’t mean they’re giving in

After six weeks of industrial action, which brought severe disruption to rail services across France, union members have voted to suspend the strikes from Monday 20 January. The public transport system in Paris is expected to return to a near-normal service as a result, however the Unsa-RATP union has made it clear that the strike suspension does not mean it is giving in.

The strikes began on 5 December 2019 in response to the French government’s planned pension reforms, which would involve moving to a points-based system corresponding to the number of days worked as well as the introduction of a minimum pension. President Macron’s plans would also see France’s 42 different pension schemes merged into one single pot, and the age workers can claim their pension increased from the current 62 to 64.

Prime Minister Edouard Philippe had previously offered concessions to unions in an attempt to bring an end to the strikes, saying he was willing to withdraw a proposal to raise the age workers can claim their pension from 62 to 64.

Pension options for expats in France

Best places to retire in France

In November a report commissioned by the Prime Minister concluded that under the existing system, France’s pension deficit could be as high as €17.2bn by 2025. The cost of France’s current system, in terms of spending as a percentage of GDP, is among the highest in the world at 14%. The official retirement age in France has been raised in the last decade from 60 to 62 but remains one of the lowest among the OECD group of rich nations.

Figures from an Odoxa poll for Le Figaro newspaper found that 61% of the French public supported the strike. Teachers, nurses, doctors, lawyers and public sector workers have joined the protest since December, and on 17 January the Louvre was forced to close when striking workers blocked the entrance to the world’s most visited museum.

Meanwhile Paris Opera artists have performed an outdoor concert in support of the pension strikes, while Paris Opera ballerinas in white tutus danced scenes from Swan Lake outside the Palais Garnier to protest against Macron’s plans to scrap their special pension benefits. Under an arrangement dating back to 1698 and the reign of Louis XIV, Paris Opera dancers can retire on a full pension at the age of 42, singers at 57 and musicians at 60.

This has been the longest rail workers’ strike since May 1968, when 10 million people across France joined a general strike that last for seven weeks.

In a bid to regain customer confidence, French rail operator SNCF has announced that it will be selling five million tickets for €35 or less. The discounted tickets will be on sale from Thursday 23rd to Thursday 30th January.

Previous Article Brexit: No changes during transition period
Next Article Why it’s a difficult time to buy a French property – and why that’s great news!