Brexit: No changes during transition period 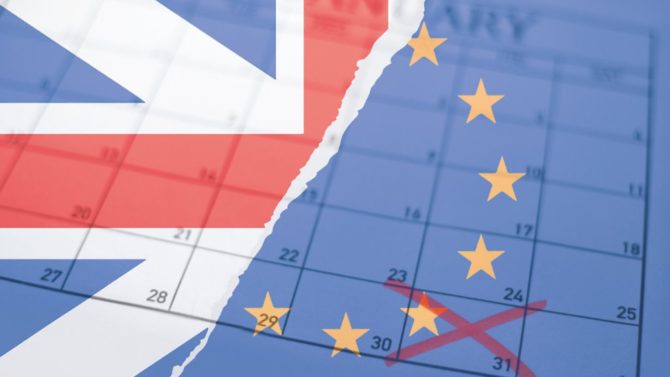 As Brexit day approaches, official bodies remind those living in and travelling to France that current rules relating to passports, healthcare rights, pensions and travel remain valid throughout 2020

With the countdown to Brexit day now on, the UK government has confirmed that current rules relating to passports, healthcare rights and state pension uprating for UK nationals moving to and living in France will remain valid throughout the transition period. Meanwhile industry body Discover Ferries has also reassured holidaymakers that there will be no changes to EU ferry travel requirements throughout 2020.

Boris Johnson and the Conservative Party secured a majority in the December general election and MPs then voted in favour of the Withdrawal Agreement Bill, which has now been signed by the European Commission. The UK is on course to leave the European Union on Friday 31 January 2020 when it will cease to be a member state.

A transition period will then follow, lasting until at least 31 December 2020, during which nothing much will change for UK citizens and freedom of movement will continue.

PASSPORTS, HEALTHCARE AND PENSIONS AFTER BREXIT

In updates published on 23 January, the UK government website confirms the following for UK nationals moving to and living in France:

– The current rules on travel will remain the same until 31 December 2020, during which time you can continue to travel to countries in the Schengen area or elsewhere in the EU with your UK passport.

– There will be no changes to your healthcare access before 31 December 2020, and you can continue to use your EHIC card as you did before during this time. If you’re living in France or move there permanently before 31 December, you’ll have life-long healthcare rights in France as you do now, provided you remain resident.

– If you are living in the EU, EEA or Switzerland by 31 December 2020 your UK state pension will be uprated every year for as long as you continue to live there. This will happen even if you start claiming your pension on or after 1 January 2021, as long as you meet the qualifying conditions.

Meanwhile industry body Discover Ferries has also reassured holidaymakers that there will be no changes to EU ferry travel requirements throughout 2020. Research carried out for Discover Ferries showed that there was widespread confusion about travel to EU countries after the UK leaves the EU on 31 January. Of 2,000 survey respondents, 68% expressed uncertainty about what changes will apply for travel to EU countries from 1 February, while 46% said they wanted more reassurance on travel requirements. Concerns were also raised about travelling with pets after Brexit and the validity of EHIC cards.

“I would like to reassure anyone looking to travel by ferry this year that there are no changes; all valid passports, EHIC cards and pet passports will still be authorised for travel to the EU and there will not be any new requirement for visas to Europe or passports to travel to the British Isles,” says Emma Batchelor, director of Discover Ferries. Further information and FAQs can be found on the Discover Ferries website.

The transition period can be extended once by up to two years if the UK and EU jointly decide to do so before 1 July 2020. However Boris Johnson has made it clear that he will not seek to do so and has included legislation in the Brexit bill which prevents a minister from agreeing any extension to the transition period.

How does the French healthcare system work?

Previous Article What is the best company to work for in France?
Next Article Have France’s pension reform strikes finally come to an end?