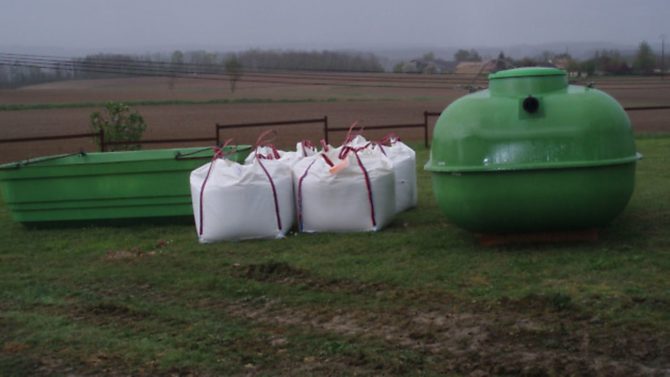 Understanding septic tank systems, and the regulations surrounding them, will help you avoid being caught out when purchasing your French home, says Gordon Barnes

Exploring a village market, receiving an invitation from your French neighbours for an apéro, driving on traffic-free roads – these are some of the delights of discovering the French lifestyle for new property owners.

Becoming the owner of a septic tank (fosse septique) for the first time is a slightly more mundane experience, but one that is often an integral part of owning a French property.

You may have chosen a town or village on mains drainage, but once you are within the surrounding countryside you are more likely to have a septic tank system on your property and you need to live with it, to know how it operates and to know what your obligations are as an owner.

When we arrived in France in 2004 and bought our gîte business, the report on the septic tank we inherited stated that it was acceptable. Seven years later, with the more recent strict enforcement of the drainage regulations under the authority of SPANC (Service Public d’Assainissement Non Collectif), it was condemned.

Despite living at the edge of a village which had just installed its own sewage treatment plant, we were told we were too far away to be connected and we had to install a new fully compliant system.

As a chartered surveyor based in south-west France I provide pre-purchase surveys to buyers looking for peace of mind, giving a comprehensive report on the whole property to supplement the compulsory reports that the vendor must provide.

Nowadays a diagnostic report on the septic tank system carried out within the previous three years must be provided by the vendor, in addition to reports on termites, lead, asbestos, energy efficiency etc.

When looking for a property, buyers need assurance that the structure of the walls and the roof are sound and that there is no rising or penetrating damp. They also expect to be advised on any items which are likely to result in significant expenditure.

In the last few years, as the regulations have been more stringently enforced, I am finding that the majority of properties that I survey have a septic tank system which in one respect or another no longer meets the standards required.

An older property is likely to have a system that was installed many years ago to deal with toilet waste only, and may be too small to also deal with the ‘grey’ waste from sinks and baths. Previously it was acceptable for this to be drained into the surrounding ground or a nearby ditch.

The standard now is for a fosse toutes eaux, which deals with all of the wastewater from the property (apart from rainwater which must be dealt with separately).

The minimum size of tank allowed is 3,000 litres (three cubic metres) for a property with up to three bedrooms. An additional 1,000 litres is required for each extra bedroom.

Some older septic tank installations are almost impossible to locate or they may be too close to the house, and in some cases can even be in a cellar or a barn. Such locations are now totally unacceptable and if outside space is restricted there are modern systems available to deal with this situation.

The septic tank is buried below ground, ideally with the access lid visible, needed for emptying the sludge that collects in the tank during the treatment process.

There are basically two phases in the treatment process – the pre-treatment and the filtration stage. During pre-treatment, the tank collects the water and sewage from the house and allows bacteria to consume a portion of the solids.

The effluent within the tank overflows through a pipe at the top into the filtration stage, then micro organisms continue to react with the bacteria still present, so that a correctly operating system produces a final effluent which is clean and unpolluted.

The most common method of filtration in older installations is to provide what is known as a ‘drainage field’ in the surrounding land, consisting of shallow drainage ditches containing perforated pipes that are laid within a layer of gravel and sand, and covered by a thin layer of soil. The quantity of sand used is determined by the clay content of the soil and is referred to as a filtre de sable.

The drainage field takes up an area of the garden and it must be where there is no risk of damage from tree roots or vehicular traffic. Drainage fields have a limited lifespan and an older system will have to cope with the additional load of dealing with ‘grey’ waste, so even on a property that is only 30-40 years old it may have reached the end of its useful life.

An owner faced with having to install a new septic tank system has the choice of several modern installations. These are more compact than the traditional systems, are quicker and easier to install and require less maintenance.

Not only are they ideal if space is at a premium but they save having to disturb a large area of the garden with the installation of a drainage field.

For example, one particular system, consists of two tanks in tandem. The tank ‘downstream’ of the normal septic tank contains zeolite volcanic stones, which act as an efficient filter media to produce a final effluent that can then be directed to a cultivated area of the garden.

Alternatively, with the approval of the drainage authorities which would need to be obtained via the mairie, the final effluent could be allowed to drain into a communal ditch alongside the property.

This system even includes an electronic warning indicator which can be sited at a convenient point in the house and will alert you when the system needs servicing, thus avoiding the need to open up the tank for inspection.

There are similar systems available using different filter media in the second tank, such as coconut fibre through which the effluent filters. These are slightly cheaper but an annual maintenance operation is required to regenerate the fibres by disturbing them and turning them over manually.

Other compact systems are available, such as a micro-station which has an electrically driven pump that deals with the bacteria by oxygenating the effluent, but these are not allowed if the property is a second home with extended periods of absence when power cuts can cause problems.