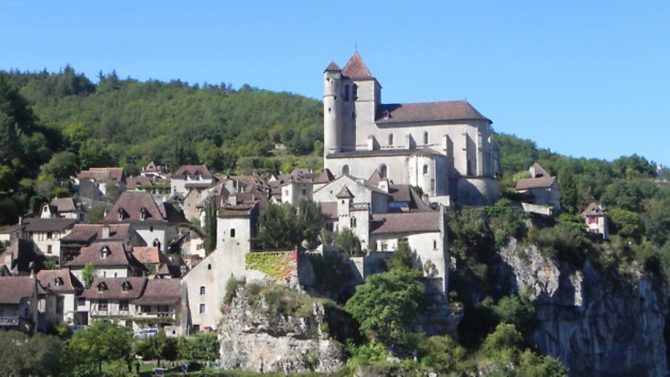 If historic architecture and spectacular countryside are your ideal combination, it’s worth putting the Quercy region in south-west France on your must-see list for this year, urges Julie Savill

Head straight through Limousin and turn left at either Dordogne or Lot-et-Garonne and, voilà, you’re in the historical region of Quercy. Easy on the eye but not so kind to the belt buckle, Quercy was one of the provinces of France until the department system was introduced in 1790. Now made up of the whole Lot and the northern half of Tarn-et-Garonne, it offers some of the most beautiful rolling landscapes to be found in France, along with a renowned cuisine and some rather good wines. Two or three days in this part of the country will give you the opportunity to get a flavour of what it has to offer, although a week or more wouldn’t be to greedy, I don’t think.

In the north of the region is the Causses du Quercy natural park. Like all natural parks in France, this is a region where the environment and the local architecture are keenly protected, and local features and attractions are developed to preserve and enhance the area.

Situated in the north-east of Lot the grottos at Padirac are simply breathtaking. Visitors descend 75m into the cave in a lift or via stairs, and are then taken by boat along an underground river to the start of a series of caves and lakes with stalactites galore. When you come back out into the sunshine, I would very much recommend heading south-west to spend some time in Rocamadour.

A walk through this village that clings to the face of the cliff will take you to the foot of a very large set of stone stairs. You can follow in the footsteps of pilgrims on the route to Santiago de Compostella as you climb the steps to a medieval chapel containing a famous black Madonna.

After all those stairs it will be time for a coffee at one of the cafés. Chances are you may glimpse an impressive Andean condor as it glides by on its daily constitutional from the rather amazing bird of prey centre at the top of the cliff. The Rocher des Aigles centre rescues and breeds a wide range of birds of prey and each day presents a spectacular and informative show.

Further south still you will find Cahors, the traditional capital of the Quercy region and now the administrative capital of Lot. Nestled in a sweeping loop of the River Lot, the setting is dramatic with water flowing all around the city. The famous Pont Valentré, which crosses the river in a series of dramatic arches, dates back to the early 14th century.

The city itself is divided neatly into the old and the new by the Boulevard Léon Gambetta where you’ll find shops, restaurants and bars alongside the bustling road. Looking for something a bit less hectic? East of the main drag is the old town – a maze of ancient little streets and squares with plenty of places for a spot of retail therapy or to stop for a coffee.

East of Cahors and back in the natural park is the medieval treasure of St-Cirq-Lapopie. Perched on a rocky outcrop 100 metres above the river it is, as they say, small but perfectly formed and difficult to describe without sounding hyperbolic.

Winding lanes of beautifully kept medieval timber-framed houses and shops make this a living museum. Go and see it – you won’t be disappointed but be prepared to have company along the way. Make it the first or the last stop of the day to give yourself a little more elbow room but make sure your camera has a full battery and an empty memory card or you’ll be kicking yourself.

Not far from St-Cirq-Lapopie is the Grotte de Pech Merle where you’ll find cave after cave of prehistoric paintings up to 25,000 years old. The walls are decorated with depictions of bison, women, bears and mammoths, while footprints of an adolescent boy are preserved in the floor and predate the last ice age. In 2014, the caves will be open every day from  6 April to 11 November. Outside this season, the caves open for a few days each month.

A tour around Quercy is one of those times where the travelling is as much a part of the experience as the arriving. Heading south-west into Tarn-et-Garonne will take you through long valleys, the hillsides dotted with farms and châteaux, and rich with fruit trees, vines and woodlands.

A couple of hours’ drive brings you to the tiny village of Montcuq. Blink and you’ll miss it but it pays to stay alert as it would be a shame to forego a leisurely lunch at the Café de France followed by a walk around the village (where you might catch the local boules teams in action) and a stroll up to the 12th-century tower for spectacular panoramic views over the countryside.

Just down the road is the popular village of Montaigu-de-Quercy with its much-photographed main street climbing up to the church, lined with houses with prettily painted shutters and doors.

Both Montcuq and Montaigu-de-Quercy are small but vibrant villages with grocery stores, restaurants and other day-to-day amenities making them attractive to those looking for a holiday destination, a second home or a permanent move to France. The fact that this is a popular area with holidaymakers offers many benefits to those wishing to buy here. There is an abundance of activities locally which will keep family and friends visiting for years to come, and will also attract trade for those wishing to let out a second home or run a B&B or gîte business.

Quercy also has a very particular microclimate. Yes, the winters can be cold, but it tends to be a dry cold, so outdoor activities continue year-round – great news for walkers, cyclists and riders alike. Summers are long and hot making it the ideal environment for producing your own fruit and vegetables. And it’s not too bad for those of us who just want to loll by the swimming pool with a glass of something cool either.

Julie Savill is an estate agent with Beaux Villages