8 things to know about supermarket shopping in France 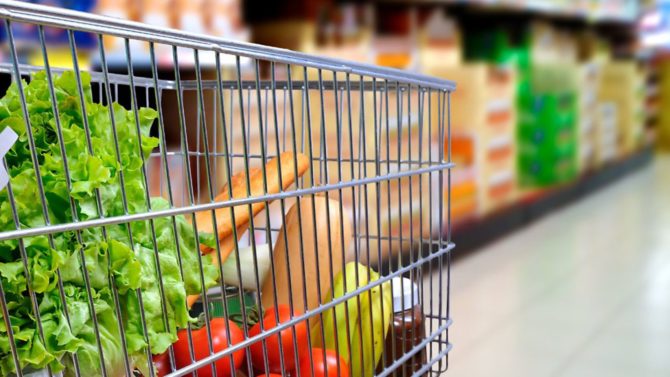 What are the practicalities of doing the supermarket shop in France? Read on for the stores you’ll see across the country, the prices you can expect to pay and what you will and won’t find in the aisles

There are six supermarket groups claiming the lion’s share of the ‘grande distribution’ market in France – E. Leclerc and Carrefour are the two largest, followed by Intermarché, Casino, Auchan and Hyper/Super U. More recently, cut-price leaders Lidl, as well as Aldi and Delhaize, are starting to nibble away at their share. Many of these chains offer superstores (les grandes surfaces), supermarkets and smaller local models, run as franchises, for example Carrefour Contact, Proxi and Petit Casino, which are similar to local Co-op and Spar shops in the UK.

The 24-hour, seven-days-a-week shopping culture hasn’t arrived in France. Most supermarkets are open Monday to Saturday from 8.30am to 7.30pm; some will open a half hour earlier and close a half hour later. They are also legally allowed to open on Sunday mornings, but not all take advantage of this permission so it’s best to check in advance. In tourist areas, supermarkets can extend opening hours until 9pm, and certainly in the tourist season, many choose to stay open later. Conversely, some supermarkets, notably smaller franchises in more rural areas, close for lunch between 12.30pm and 2pm.

3. PRICES CAN BE HIGHER IN TOURIST SEASON

In general, prices are similar to elsewhere in Europe, though the cost of French wine is significantly cheaper in France due to minimal added tax. That said, you are unlikely to find real bargains in a French superstore, as you can in the UK, and the two-for-one concept is generally far less prevalent. Prices from store to store can differ too (Intermarché and Auchan are among the most expensive, but they do also have a quality offer) and prices can also vary according to geographic location. Notably, smaller franchise supermarkets in rural areas can be more expensive (each franchise sets its own prices) and often prices are hiked in the tourist season to make the most of increased footfall (yes, apparently, as with the travel companies, this is legal).

The supermarket range in France is, for the most part, what you would expect to find in most corners of the world. Despite the European single market, French produce and food products are in the majority, which is to be expected – the French have always cared about what they eat, and for them ‘eating local’ is simply a mantra ingrained in their DNA. Taking this a step further, privilege is also given to regional and micro local products, for example Côte du Rhône wine in the Rhône valley or Bordeaux wines in the west of the country. Also, on a regular basis, there will be a special ‘focus’ on food and wine from county producers, with an area of the store given over to local promotions.

Apart from the low-cost supermarkets, most of the larger-sized stores will have an in-house butcher and fishmonger (in addition to shelves of pre-packed meat and fish), and of course, fresh baguettes and loaves are baked on the premises, although this will usually be a matter of baking pre-prepared dough delivered to the premises.

3 myths about French culture and attitudes

As with supermarkets in the UK, you’ll find hygiene and beauty products, household products, a range of gardening and garden products (a wider range in the spring), stationery, cards and wrapping paper, ornaments, clothes, books, CDs, toys and often a small furniture range.

You won’t find any shelves devoted to non-prescription medicines and health products, such as aspirin, cough medicines and upset stomach remedies. Many French supermarkets stock certain homeopathic remedies and vitamin supplements, but state legislation currently restricts the sale of medicines in order to protect the country’s extensive pharmacy network. Similarly, there are no in-store kiosks selling tobacco, sweets, newspaper and lottery tickets – again, presumably to protect the nation’s newsagent (tabac-presse) network, although you can buy bulk bags of sweets and chocolate, as well as magazines.

Nor you will be able to buy your insurance or your mobile phone package from a supermarket group in France – the big six have not branched out into associated loyalty services in the same way as their UK counterparts. What you also won’t be offered in a French supermarket is ‘cash-back’ at the till.

Sales of organic products in France have shot up in the past five years, with the ‘organic spend’ per household now accounting for almost 5% of all food sales. The bio (organic) market is also increasingly taking a share of the cosmetic and hygiene market too, as shoppers turn to organic alternatives for either health or environmental reasons. The organic market in France grew up initially through the development of dedicated franchise shops served by a few key groups, notably Naturalia, Biocoop and La Vie Claire. Initially located more often in the larger cities, they are now found in most towns throughout France. Other well-known organic stores are Sartoriz, Bio C Bon, and L’Eau Vive. As the idea of ‘going organic’ has become more popular over the past decade, the mainstream players in the market have increasingly given over more floor space to organic products. Today, sales of organic products through mainstream supermarkets account for just under half of all sales in the bio sector in France. The likes of Leclerc, Carrefour and Auchan have gone one step further and launched a sister network of stores dedicated to organic products, so watch this space.

Taking on the No Buy challenge in France

Ian Moore: the secret to successful back-to-school shopping in France

Previous Article From Scotland to a new life in the French Alps
Next Article Win! Mademoiselle in New York by Lucienne Renaudin Vary