Living in Gard in Languedoc-Roussillon 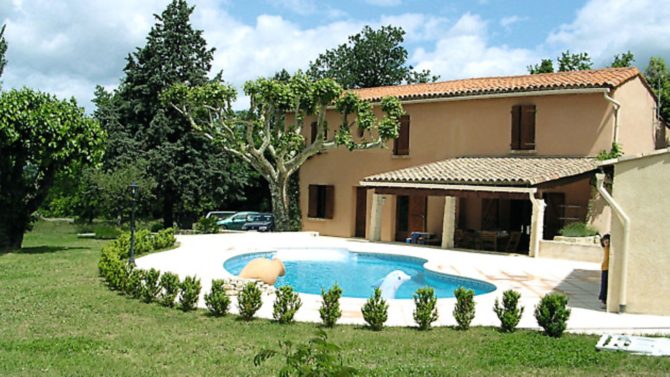 From their very first visit, Julie and Selwyn Aldred were captivated by Languedoc-Roussillon. They now divide their time between their pied à terre in the UK and their second home in the Gard department, but this picturesque part of southern France has taken up permanent residence in their hearts.

Their French adventure began in the early 2000s, when having built up and sold a successful business in Cheshire, they decided it was time for a change.

“We had a skiing and sailing shop, which we ran for 12 years until the opportunity arose in the early 2000s to sell the business,” says Julie, who along with Selwyn, began her career in the IT industry. “We were keen skiers and initially one idea was to buy an Alpine ski apartment as an investment – but somehow we slid down the map and ended up in the Languedoc!”

They discovered the region in springtime and the history, culture, wine and food quickly worked their magic. They were hooked, and decided that rather than a ski property, they would buy somewhere they could run as a holiday let instead.

“We originally wanted a rental property where we could spend two or three weeks a year ourselves,” says Julie. “That was partly why we ended up in the Languedoc because we thought that all-year rentals might be of interest,” she explains.

On their second viewing trip, they found the Mas de Lauziers. Located near the town of Anduze, in the foothills of the Cévennes mountains, they knew immediately that their search was over.

“We just fell in love with the property,” says Julie. “It was like the dream falling off the paper. We made the decision sitting in the main square in Montpellier, just over the border in Hérault. We loved Montpellier, which is the regional capital as well as the departmental capital. It was so vibrant and there was lots going on.

“We weren’t desperately looking for a rural lifestyle actually; we were looking for somewhere with a bit of life. Then we were shown this particular house and, although it is quite rural, it just fitted with what we imagined would become a good rental property. One huge advantage of it being an old building is that is has really thick walls so in the summer it’s really cool inside, but we have a big outdoor terrace too, which is our living room from May through to September.”

The five-bedroom house – an old mas, or traditional farmhouse – dates back to the 1850s, and stands in two acres of land, one of which is a little vineyard. The Syrah grapes grown here are taken to the local cave coopérative at harvest time to be weighed and graded, and then Julie and Selwyn are allocated an appropriate number of bottles of wine in return. “It keeps us in parties,” Julie laughs. “We don’t have to take the wine that the Syrah went into, we can go along and take red, white or rosé. It’s lovely wine. The Gris is absolutely delicious; it’s a pale rosé and it’s wonderful,” she enthuses.

With the property only needing cosmetic work and redecoration throughout, they were open for business in the summer of 2004, and proved an instant hit with holidaymakers, being in the middle of stunning countryside, and well-placed for the main tourist attractions of both Gard and Hérault.

And it wasn’t just their guests who were smitten with both the area and the house. Julie and Selwyn also began spending more and more of their time in France, with Selwyn making monthly trips back to the UK for his work in IT, and Julie, who studied languages to A-level, putting her sales and marketing skills to good use working with local estates agents as a property finder.

“I was hugely enthusiastic about the whole French experience and I got involved in selling and marketing French property to the Brits,” says Julie. “I loved the fact that I could spend so much time in our property and the more I was there, the more I was thinking I’d just love to spend 12 months here and see the seasons and understand how the whole thing worked,” she explains.

In 2005, inspired by the architecture in the medieval Gard town of Vézénobres, they bought a second property to rent out. As well as finding properties throughout Gard and Hérault for clients, Julie was also helping them with the next step of renting them out. With business increasingly busy, it became harder to keep a foot in both countries and in 2006, they made the decision to move to France permanently.

“I was working hard in France and it made more sense to be based over there,” says Julie. “We became French residents and we established our company, Real South France. It was thoroughly enjoyable but I was really, really busy.”

The business flourished but as the years passed, Julie began to realise that there was no time to just enjoy living in France.

“At the beginning of 2014, it suddenly dawned on me that I wasn’t doing what we had come to France for. I didn’t have any time to enjoy it because it was 24/7 throughout spring and summer. I wasn’t actually doing what the whole French experience should be, and I needed to take a step back and scale things down. So that’s what we did. We swapped our residency back to the UK and now we spend spring and summer in France and autumn and winter in Cheshire. At last, I feel we’ve got a really lovely work/life balance, and are finally enjoying the French lifestyle to the full.”

That work/life balance includes providing occasional consultancy advice to people seeking to move to Languedoc-Roussillon while still having lots of time to head out on long walks in the foothills of the Cévennes with their dog, Ellie, a Grand Bouvier Suisse, enjoying coffee in the square in Anduze, and sharing their love of the region with friends and family who come to stay during the spring and summer months.

“We have lots of visitors and we love it,” says Julie. “The Languedoc is ‘authentically’ French and quite different from Provence. You can absorb so much more of the French lifestyle and there are a number of interesting things to see and do. There were many Roman settlers in Gard and their legacy is very visible in the Pont du Gard, and in Nîmes and the Maison Carrée, for example.

“At the same time you’ve got a huge contrast in terms of landscape. The scenery is breathtaking. You’ve got the coastal areas and the hinterland of both departments, the endless vineyards, and then the Cévennes mountains with all the cycling, walking, and wildlife that you find there.

“There are some really interesting towns to visit too, like the magnificent Uzès, which really is the jewel in the crown of Gard. It’s just beautiful, a stunning little town and it has a famous Saturday morning market.”

So although they are no longer in France full-time, their enthusiasm for la vie française is as strong as ever and they love having the best of both worlds.

“It’s wonderful,” says Julie. “People say ‘do you prefer being back in England?’, and I can’t say I prefer either. I just think we are very lucky to have both.”

www.realsouthfrance.comRead more about Gard and Hérault and browse our pick of 6 properties in Languedoc-Roussillon