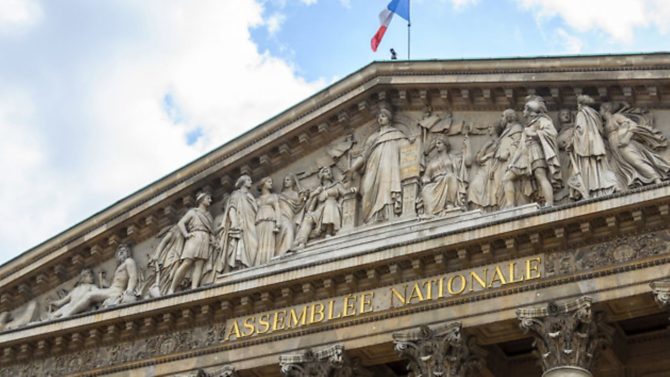 In France there is a president and a prime minister, a National Assembly and a Senate and elections are held in two rounds. Confused? Here’s our quick guide to the French political system

The Président de la République is head of the French state and armed forces. The president has the greatest power in terms of running the country and can remain in office for a maximum of two consecutive five-year terms. His office is in the Élysée Palace.

Presidential elections are held every five years. The election is a two-round, first-past-the-post system, although a candidate can be successful in the first round should they achieve an absolute majority. Only the two highest-scoring candidates from the first round are put forward for a head-to head vote in the second round, which is held two weeks later.

The Premier Ministre presides over the Assemblée Nationale, although the president of the Republic is chairman. He or she is nominated by the majority party in the Assembly which is often, but not always, the same party as the president, and is appointed by the president for an unfixed term.

Roughly the equivalent of the Cabinet, the Conseil des Ministres comprises 38 ministers selected jointly by the president and prime minister, principally from elected ministers in the Assembly though occasionally from outside.

The role of a French mairie

Why did France change its regions?

In parliament, you have the French version of the House of Commons – the Assemblée Nationale – where the ministers (known as députés in France) are similarly voted in through the legislative (general) elections. The Assembly currently has 577 members, each representing their local constituency and sits in the Palais Bourbon. The Assembly votes on legislation and is therefore a control on the actions of the president and his government, although the president has the power to dissolve the Assembly at any time.

Legislative elections are also held every five years and are also a two-round, first-past-the-post system. Candidates must achieve 12.5% of the vote to proceed to the second round, in which the candidate receiving the highest vote takes the constituency seat in the National Assembly.

The Sénat (the Senate) is the upper house in parliament, similar to the House of Lords but without the titles, and sits in the Palais de Luxembourg. There are currently 348 seats in the Senate and senators are elected by the 150,000 or so local and regional elected officials across France (for example, mayors, conseil général members) every six years. To assist continuity, one half of the seats come up for renewal every three years.

The Conseil Constitutionnel is the council with power of judicial review in France. It supervises national elections and referendums, as well as keeping a general eye on the country’s governing bodies. It is made up of nine members who hold office for nine years; the president, the head of the Assembly and the head of the Senate each choose three members. Former presidents are lifelong members.

Previous Article 9 French ski resorts you can reach by train
Next Article Win! A copy of The Black Notebook by Patrick Modiano