What’s in a label? How to choose and where to buy quality French wine 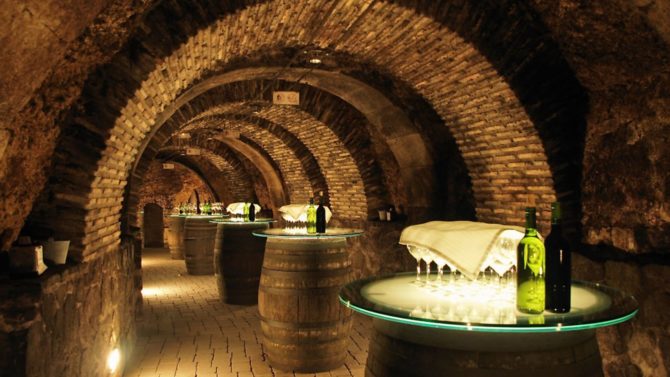 If you’re looking forward to making the most of France’s most famous tipple as part of your new life across the Channel, follow this guide to help you choose a great bottle

Over recent decades, the French have curtailed their intake of wine. No doubt several factors account for this – gradually changing dining habits (younger generations adopting the fast-food option at lunchtime), greater availability of alternative alcoholic drinks, changing work patterns, and quite possibly an increased awareness of health issues.

Some reports say consumption is down around 50% over the past 50 years. Whatever the reasons, it means that the French wine industry has had to diversify and, to a certain extent, modernise in order to maintain healthy sales levels – including seeking to seduce increasing numbers of overseas consumers.

NEW KIDS ON THE BLOCK

Although still relatively niche in the French wine industry, there are some specialist organic producers as well as some of the bigger names, for example Côtes de Rhône, developing an organic range. Look out for the word ‘bio’ on the label.

While at one time it would have been unthinkable in France to consider fruit mixed with wine, other than as a kir, times are a-changing, and these lighter, slightly sweeter ‘pop’ wines have grabbed a regular spot in the wine aisles (at least in the supermarkets).

Aimed at attracting younger, as well as female drinkers, the branding and bottling is often brighter and simpler.

WHAT’S ON THE LABEL?

Historically, the French wine industry has identified its wines by terroir and in most cases, particularly for smaller wine domains, this continues to be a key marketing factor.

Terroir basically refers to the combination of the local soil and microclimate in a given small geographical area that will give a wine its distinctive flavour.

The reason the French winemakers include the terroir information is because it also reflects the winemaker’s savoir-faire – it is their knowledge of working with the changes in the soil and climate each year to produce the best possible vintage that makes the difference.

Often the terroir is also associated with an AOP quality standard and many vineyards have developed successful terroir ‘brands’ in the market.

The domain name is an important branding technique and a way of promoting ownership. For example, Château Margaux, Saint Joseph, Roche Mazet – if you like their wine, it’s a way to identify the bottle a second time and also to look out for other wine from the same cellar.

In general, French winemakers also indicate the grape variety on the label, reflecting the international wine industry trend. Many consumers have a particular favourite – for example Sauvignon, Viognier, Merlot – and will look for the grape variety as the primary way to search out which wine to purchase. For wine producers, it also allows for greater marketing flexibility when they adopt grape varieties from different regions and mix them with local grapes to create interesting new wines.

Again this would have been unthinkable a decade ago, but the French are now catching on to the notion of humour in association with wine! There are brands such as Le Vin de Merde, conceived by Languedoc producer Jean-Marc Speziale, and Tout Bu or Not Tout Bu from the Domaine du Possible, also situated in Languedoc-Roussillon.

What started out as a notion to capture the Anglophone market, for example The Wild Pig and The Fat Bastard labels, has infiltrated the home sector. Watch this space…

Guide to white wine from France

Hold your nose! These are France’s five stinkiest cheeses

The system of appellation d’origine protégée indicates the authenticity and particularity of a wine linked to its place of origin, hence it is only found on bottles promoted according to terroir. For this reason, some French producers who have gained an AOP accreditation have been more reluctant to change their marketing style.

Under the AOP banner exist the elite premier cru and grands crus categorisation, deemed by many to be the crème de la crème. The premier cru label is reserved for just two wine regions, Champagne and Burgundy (and only five specific terroirs in Burgundy). They account for less than 1% of AOP wines. Grand cru is the highest AOP classification – these wines represent just over 1 % of AOP wines and can be applied to wine produced in just five regions: Alsace, Burgundy, Bordeaux (around St-Emilion only), Languedoc-Roussillon and Champagne.

WHERE TO BUY FRENCH WINE?

Direct from the vineyard

If you like your wine and enjoy investing a little time in the purchasing of it, there’s nothing like visiting the vineyard, indulging in a spot of wine-tasting (follow the dégustation signs) and making the wine producer happy by leaving with a few of his or her recommended bottles. It’s always nice to enjoy a wine when you know where it comes from and how it was produced!

The majority of decent-sized village markets will include a wine stand, usually with a great little line-up of locally produced wine. With the accent on keeping it local being very much on trend in France, as elsewhere, there are some really good ‘bijou’ wines holding their own locally within a quite wide price range. So, when in Rome, as they say, why not try something that you may well not find elsewhere?

There are a handful of specialist wine shops in the UK, notably a few French ones in the London area, but in France you can find them almost everywhere – certainly in most small towns, as well as larger towns and cities. In key wine regions, you can find them even in the villages.

The owners will have pretty much hand-picked the stock, developing close working relationships with winemakers in the region, and will have a good knowledge of the wines to help you make a good choice.

As anyone who likes a cross-Channel booze cruise knows, French supermarkets offer an excellent range of wine, in all price ranges. Most are, however, very pro-French, with roughly 90% of stock being homegrown, which can perhaps be forgiven when French vineyards yield such a quality crop!

So be prepared to forsake your Rioja and Pinot Grigio for the duration. If you really do crave a non-French wine, the non-French supermarkets, for example Lidl, tend to give more space to foreign varieties. Otherwise, simply check out the wine shelves of all the supermarkets in the area to see which seem the most liberal-minded!

Supermarket wine buyers also know their stuff and enjoy significant buying power, which is excellent news for the customer because it means you can find quality wine at affordable prices, while the mid-market wines are often a real bargain. As a general rule of thumb, the more expensive bottles are stacked on the higher shelves, the mid-cost are at eye level and the cheaper vin de table on the bottom row.

And watch out for the in-store wine fairs (foire aux vins) featured two or three times a year, including around September-October time, coinciding with the grape-picking season (les vendanges), and before Christmas.

As well as introducing new wines (in particular new local wines) and expanding the range for a few weeks, they offer deals on crates and half-crates from selected wine producers.

For an average wine drinker, you can get a very nice wine for €10 and a good drinkable wine for around €4-5. Connoisseurs, happy to invest a little more in their tipple, can pick up an excellent wine for €20-25.

(An inside tip – if invited to dinner with friends, be sure to spend at least €10-15 on a good bottle of wine to offer your hosts.)

When dining out, however, be sure to check the price on the wine list carefully. While the vin de maison (often served in a jug) is usually a reasonable price, many restaurants put a significant mark-up on other wines included on the list.