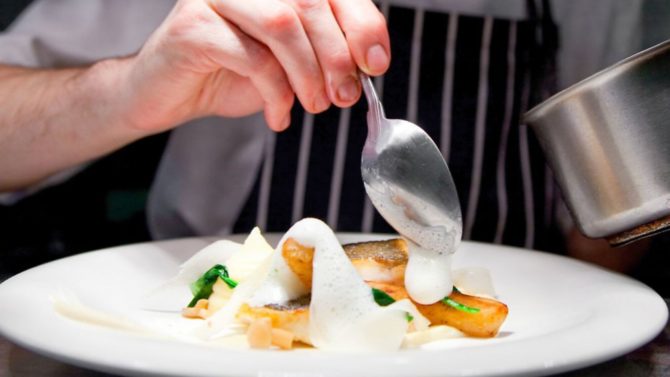 Le Cordon Bleu is one of the oldest and most prestigious cooking schools in the world but just how much do you know about France’s most famous culinary institution?

1. Le Cordon Bleu means ‘blue ribbon’ and has been used in relation to culinary excellence since the 16th century. In 1578, King Henry III formed a special order of knights called l’Ordre des Chevaliers du Saint Esprit. The symbol of this prestigious order was a cross hung on a blue ribbon, or cordon bleu, and the order was associated with extravagant banquets and feasts.

2. What would become Le Cordon Bleu cooking school began as a magazine. In 1895, French journalist Marthe Distel founded a weekly publication entitled La Cuisinière Cordon Bleu, which was aimed at women and intended to train them in the world of culinary arts. It was so successful that Distel had the idea to offer cookery lessons to her readers and Le Cordon Bleu School of Culinary Arts was born. The first lesson took place in October 1895 and from the very beginning, well-known chefs were invited to give demonstrations.

3. A new state-of-the-art campus overlooking the River Seine and close to the Eiffel Tower opened in 2016. The contemporary aluminium-and-glass building boasts 4,000m2 of teaching space and features an 800m2 vegetable garden on the roof.

4. Rosemary Hume and Dione Lucas, who trained at Le Cordon Bleu in Paris, opened a school in London under the Cordon Bleu name in 1931.

5. The London school was selected to serve Queen Elizabeth II’s Coronation Day banquet in 1953. A special dish called Poulet Reine Elizabeth was created, now widely known as Coronation Chicken, and was served to 350 guests in the Great Hall of Westminster School.

7. Famous alumni include Mary Berry, Prue Leith, Yotam Ottolenghi and Julia Child. American chef and television personality Child attended Le Cordon Bleu in Paris in 1948 and is recognised for introducing the American public to French cuisine with her debut cookbook, Mastering the Art of French Cooking. Le Cordon Bleu London offers a Julia Child Scholarship in her honour to a passionate food and cooking enthusiast living in the United Kingdom.

8. Today, Le Cordon Bleu has more than 35 schools in 20 countries, and it trains some 20,000 students representing 100 different nationalities each year.

9. The Diplôme de Pâtisserie is recognised as one of the most respected culinary qualifications in pastry and baking in the world. It can be completed in either nine months (three terms) or an intensive six months (two months), and no prior culinary experience is required.

10. Le Grand Diplôme combines the Diplôme de Pâtisserie and Diplôme de Cuisine and is considered to be an international passport to a culinary career. Le Cordon Bleu now also offers a number of other programmes including wine and spirits, and hospitality management.

11. André Cointreau, a direct descendant of the founding family of cointreau liqueur and Rémy Martin cognac, bought Le Cordon Bleu in 1984 and is the school’s CEO and president.

QUIZ: How well do you know your French pâtisseries?

Previous Article What are the European Heritage Open Days in France and how can I get involved?
Next Article Why Montpellier in France is a wonderful place to live