What are the European Heritage Open Days in France and how can I get involved? 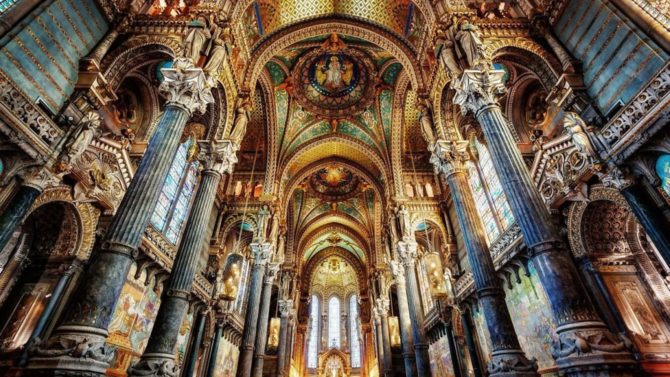 Find out more about the Journées du Patrimoine initiative, taking place across France this weekend

This weekend (21-22 September), the doors to some of France’s most historic and important buildings will swing open to welcome visitors for the annual European Heritage Open Days. One of the country’s largest celebrations of culture and heritage, the Journées du patrimoine – now in their 36th year – will give the public access to some of France’s treasures. Some of the participating monuments, museums and hidden gems are not usually open to the public, which makes it even more of an unmissable event.

Under this year’s theme of Arts and Entertainment, towns across the length and breadth of France will be taking part in the popular showcase. Here are some of the highlights in three French cities:

– The stunning French National Library (BNF) will celebrate the 60th year of everyone’s favourite Gaul, Astérix, with a display of original documents including images and storyboards from the very first book in the series. It’s the first time they will have been exhibited to the public.

– A must for all transport enthusiasts, the RATP (the Parisian public transport operator) will be putting on a jam-packed programme including special tours of the city in old buses and guided behind-the-scenes tours of the Paris Métro system by local experts.

– The Théâtre Mouffetard, the first theatre to be exclusively dedicated to the art of marionette puppetry in Paris, will welcome guests on a backstage tour of its beautiful private collection of marionettes, with the chance to learn some shadow theatre techniques also on offer.

– One of the world’s most legendary trains, the Orient Express, will be the star of the show in Lyon this weekend. Take a guided tour of the train’s seven carriages; four of these are Monuments Historiques and were totally restored to their original glory between 2015 and 2018.

– The Usine des Eaux de Saint-Clair is a fascinating old water treatment centre based in a beautiful 19th-century Neo-Classical building. The vast vaulted filtration basin is particularly worth seeing.

– One of Lyon’s architectural icons, the Basilique Notre-Dame de Fourvière will welcome visitors for free to discover its stunning interior, including its crypt.

– Experience Marseille’s proud naval history with a visit to the Chantier Naval de Denis Borg, where both traditional wooden vessels and more modern boats have been masterfully constructed over the last 50-plus years.

– Take a guided stroll around the city’s most historic streets in its oldest districts in a free guided tour of Le Vieux Marseille. Meet outside the Office Métropolitan de Tourisme at 10am, 2pm or 4:30pm.

– For something a little different, head to the Bibliothèque Universitaire Bernard du Bois and try your hand at a 30-minute-long escape game. Use your investigation and puzzle-solving skills to flee the building in this fun way to pass an afternoon.

To find out what’s going on in a specific département, you’ll find a handy guide here.

10 Paris Museums you can visit for free

Previous Article Win! Vintage 1954 by Antoine Laurain
Next Article 11 things you might not know about Le Cordon Bleu cookery school