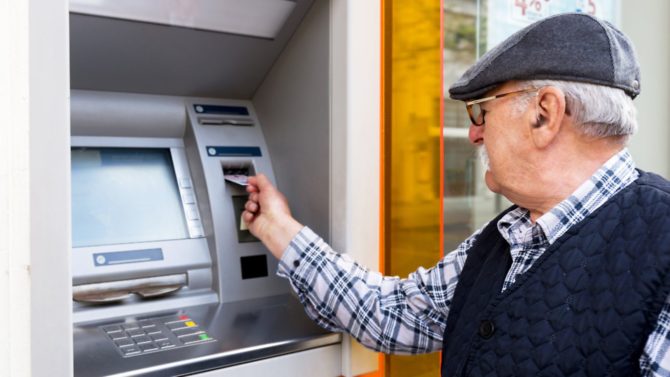 If you’ve just moved to France then you will need to get to grips with the French welfare system. Here’s our guide to the system including healthcare, benefits, social contributions and the changes Macron intends to make this year

Emmanuel Macron swept into power last year promising change, among them shaking up the French economy to kick-start growth and reduce a spiralling social welfare bill. At the end of 2017, the annual review of the Loi de Financement de la Sécurite Sociale (LFSS), which governs the welfare budget, included proposals to lower welfare contributions for both employers and employees (the famous charges sociales) in order to encourage employment and boost productivity.

To help balance the books, the general social insurance (contribution sociale généralisée, CSG) levied on all types of income, including pensions, is to be increased, while various benefits will be reduced and certain schemes, such as state-assisted employment contracts, scrapped. The reform has met with resistance from the unions leading to a number of general worker strikes in the latter quarter of last year.

A history of France’s welfare state

The foundations of France’s current welfare system, known as la Sécurité sociale, were put in place following the Second World War. Although changes are afoot, the fundamentals of the system remain solid, focusing on the protection of four key sectors of society – the sick or incapacitated, the elderly, the unemployed, and families. Today, the French welfare system is running at a global deficit of around €5.2 billion – Macron’s government is seeking to reduce this deficit by €3 billion by the end of 2018.

All employees pay social welfare contributions, accounting for approximately 22% of the monthly wage, which are deducted at source. The percentage will be lowered by 3.15% in 2018 with the suppression of unemployment and sickness contributions.

My advice for people moving to France is…

The tax regimes available to businesses in France

Employers also pay contributions for each member of staff, calculated at between 25% and 42% of an employee’s monthly wage – set to be reduced by 6% for salaries less than or equal to 2.5 times the minimal wage (i.e. salaries of up to €3,700 gross per month). This decrease is aimed at addressing employers’ complaints about the high costs involved in taking on new staff, thereby helping to stimulate job growth.

Contributions are also deducted from pensions, capital gains and income from investments (except tax-exempt schemes) to feed a collective social protection pot – this contribution rose from 7.5% to 9.2% in 2018 under the latest welfare reforms. The CSG is partly a national insurance payment and partly a form of taxation.

French welfare protection is based on the theory of repartition, with all collected funds redistributed to finance immediate welfare needs, such as unemployment, sickness benefit and state pension payments. The welfare funds, known as régimes, are managed by third party organisations on behalf of the French state, however it is the government that determines any changes, such as increased contribution percentages or reduced unemployment payments, following the annual review and ratification of the LFSS.

The largest fund is the Régime Général run by URSSAF (Union de Recouvrement des cotisations de la Sécurité Sociale et d’Allocations Familiales). The majority of employed, unemployed and retired people are covered by this fund and, in all, around 85% of the population living in France are affiliated to this general social security fund.

Currently, business owners and self-employed workers come under a different scheme, the Régime Social des Indépendants (RSI). However, this régime has been constantly criticised since its creation in 2006 and Macron’s government has chosen to phase it out, with independent workers returning to the Régime Général. Students, also, will be covered by the Régime Général from 2018 onwards, rather than having to sign up to a dedicated student welfare fund. The agricultural sector, meanwhile, continues to be covered by the Mutualité Sociale Agricole (MSA).

When you start working in France, you are automatically registered with the relevant régime. Children are affiliated to the same fund as their parents, with their names linked to a parent’s carte vitale.

What is a mutuelle?

Sick pay, disability and maternity benefits are administered through a network of regional offices across the country known as CPAM (caisse primaire d’assurance maladie).

As regards healthcare in France, patients used to pay upfront for all consultations and treatments, with much of the cost (70%) subsequently reimbursed by the relevant CPAM via the computerised carte vitale system. Last year, however, a long-planned change came into force which scrapped upfront payment to general practitioners. GPs are now paid direct by the CPAM, which greatly simplifies the payment process. Most people in France also take out personal health insurance cover in the form of a mutuelle, to help to pay the rest of any costs. A mutuellealso helps provide cover for non-essential health requirements, such as physiotherapy or dental care, that are not reimbursed by the state or to a much lesser degree.

Prescribed medicines are also covered by the CPAM and mutuelle, who pay the pharmacy directly.If you don’t have private cover with a mutuelle, however, you will be required to pay the non state-funded share of any treatments or medicines on the spot.

In France, if you are absent from work due to sickness, you are not paid for the first three days. Thereafter, you will need to be signed off officially by a doctor, in order to qualify for sick pay. The latter is calculated as a daily rate according to a complicated equation taking into account your salary, length of employment and number of dependents.

Maternity rights in France are similar to the UK, with new mothers allowed from 16 to 26 weeks’ maternity leave depending on how many children they already have. There are, however, several additional options in France which can be very favourable for working mothers – for example, following the birth of a second or third child, maternity leave can be significantly extended. Statutory paternity leave is 11 days for a single birth and 18 days for a multiple birth.

There are various family benefits – including child benefit, housing benefit, an annual back to school allowance – and for these you need to register with your nearest CAF (caisse d’allocations familiales). France pays monthly child benefit to families who have a minimum of two children under 20 years old in their charge. Monthly payments for families with two children are currently €130, rising to €296 for three children, plus €166 for any additional child. Thereafter, there is an additional monthly payment of €165 per child. (These benefits are roughly halved for high-income families). Households with more than two qualifying children over 14 years old also receive a monthly premium of €64.

Guide to pensions in France

Guide to retiring in France

The current legal retirement age in France is 62 for both men and women, although the age is often lower for public sector workers and for those working in physically demanding sectors. State pension payments are calculated according to how long a person has worked and how much they earned, so, as in the UK, some people will want to work a little longer than the legal retirement age in order to gain a better pension. And, as in most countries, many people pay into private top-up pensions. At the moment. France and the UK have a pension agreement in place, but it is possible this will change post-Brexit.

Jobseeker’s Allowance is managed and distributed in France through the national network of Pôle emploi offices. Anyone who is unemployed in France must sign on with their local Pôle emploi – either in person or online – and each month must declare their job status and any earnings during the period in order to receive their allowance.

Payment amounts and duration are linked to earnings over the 12 months prior to either finishing a work contract or being made redundant. If you were employed full-time during this period, the minimum amount is currently €28.86 per day, up to a maximum of €245.04 gross per day. To be eligible, you must have been in full-time employment for at least four months during the previous 28 months (or 36 months if over 53 years old), people who give up a job voluntarily are not eligible, except if their employer has agreed to ‘une rupture conventionnelle’, indicating that it is in the best interests of both parties.

Anyone moving to France from the UK should get a statement of National Insurance contributions (the CA3916 form) from the HMRC before leaving – this will help you to get the U1 form to pass to the Pôle emploi to verify any entitlement to unemployment benefit in France. Alternatively the U2 form allows you to transfer your entitlement to unemployment benefit in the UK to France for up to three months.

In France, when a person is no longer eligible for unemployment benefit, they can apply for the lesser RSA benefit (revenue de solidarité active). This is effectively a minimum monthly income for basic costs, currently set at €545 for a single person, €818 for a couple living together, €982 for a couple with one child, €1.145 for two children, and a supplement of €218 for any additional child.

11 things to do before you move to France

Things you need to know about banking in France