Women of influence are applauded during the European Heritage Days in France. 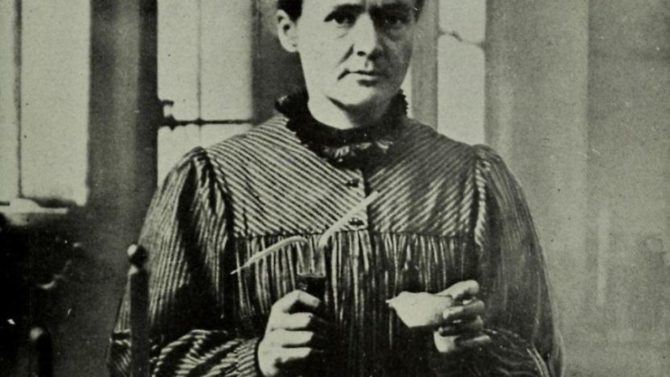 They may be called the Journées Patrimoines, but women get a look in at the European Heritage Days as well. Why not go and see one of the historic locations celebrating one of France’s leading females?

For a few years now, Paris has hosted what it’s calling the Journées Matrimoines (www.matrimoine.fr) – a series of events, talks, shows and happenings to celebrate the female of the species – over the same weekend as the Journées Patrimoines/European Heritage Days. The talks and events take place all over Paris and the area. This year they remember the 50 years since the creation of the Women’s Liberation Movement in France (MLF)

Any survey of influential women in French history has to start in a village in the Vosges called Domrémy, where Joan of Arc was born in 1412 to a peasant family. She became known as la pucelle (maiden), a moniker that has been added to the village’s name.

In Joan’s time, the Hundred Years War was raging and the village lay on the frontier between lands ruled by the French crown and the area controlled by the English and the Burgundians. At the age of 13, Joan announced that she was being called to arms by the saints to rid France of its foreign invaders and to put the uncrowned king, Charles, on the throne.

In 1429, aged just 17, she convinced military commanders to take her to meet the future Charles VII in Chinon. She went on to lead the French army in their victory over the English at Orléans, and then accompanied Charles to Reims, where he was crowned on 17 July 1429. Joan paid a high price for her bravery; she was captured in 1430 by the Burgundians, who passed her on the English, who found her guilty of heresy. Joan was burned at the stake in Rouen on 30 May 1431

Centuries later, in 1844, a rather different Jeanne became the eponymous heroine of a novel by another influential Frenchwoman, George Sand, whose given name was Amantine Aurore Lucile Dupin (1804-1876). Sand was a prolific writer and literary critic. Perhaps France’s most famous 19th-century female writer, Sand pushed the boundaries in everything she did. She saw no need to conform; she dressed in men’s clothing because it was more comfortable than the trussed-up styles of the time; she smoked cigars; she considered marriage outdated and had a string of lovers, male and female, perhaps most famously the Polish composer Frédéric Chopin. She wrote as she lived, with abandon and passion, and firmly believed in the equality of men and women

A few years before Sand’s death, a little girl who would grow up to change the world of medicine was born in Warsaw. At the age of 24, Maria Sklodowska came to Paris where, in spite of a lack of formal education, she was accepted at the Sorbonne to study physics and mathematics. She met and married Pierre Curie, became a French citizen and changed her name to the French spelling, Marie. The couple embarked on a scientific journey of discovery which would bring the world lifesaving medical advancements in the form of X-rays, and radium as a treatment for cancer. In 1903, Curie became the first woman to win a Nobel Prize – in physics – for her work on radioactivity. Eight years later, after her husband’s death, she broke new ground again by winning a second Nobel Prize – this time in chemistry – for creating ways of measuring radioactivity.

French women have influenced the world over in every field imaginable, from science to the arts, from fashion to politics, from cinema to sports. Colette, Édith Piaf, Coco Chanel, Catherine Deneuve, Brigitte Bardot, Simone Veil, Charlotte Gainsbourg… the list of iconic Frenchwomen is endlessly impressive.

More an interactive journey than a museum, the Historial de Jeanne d’Arc explores the myths surrounding France’s national heroine and invites visitors to play an active role in her story. The high-tech experience is based on records of her trial and is played out in the archbishop’s palace, where some of the hearings took place. Each room focuses on a particular part of Joan’s short life. Admission €10.50, shut Mondays.7 Rue Saint-Romain, 76000 Rouen, www.historial-jeannedarc.fr

This 18th-century house stands in stunning gardens and was the author’s childhood home and later her writing haven. Many artists, writers and musicians came to stay including Franz Liszt, Honoré de Balzac and Gustave Flaubert, as well as her lover, Chopin. Visit the gardens and park on a self-guided tour and pause in the tearooms. Tours of the house are by reservation only and in French, although groups can book an English guide. Admission €8, open daily.2 Place Sainte-Anne, 36400 Nohant-Vic, www.maison-george-sand.fr

Find out about the work of double Nobel laureate Marie Curie and her husband Pierre at this museum dedicated to their research into radioactivity and radiotherapy. You can visit the laboratory and office, and the small, peaceful garden, which houses temporary exhibitions. The garden provided a sanctuary for the scientist whose work would claim her health and eventually her life. Admission free, donation box at entry. Open Wed-Sat 1pm-5pm.1 Rue Pierre et Marie Curie, 75005 Paris, www.musee.curie.fr