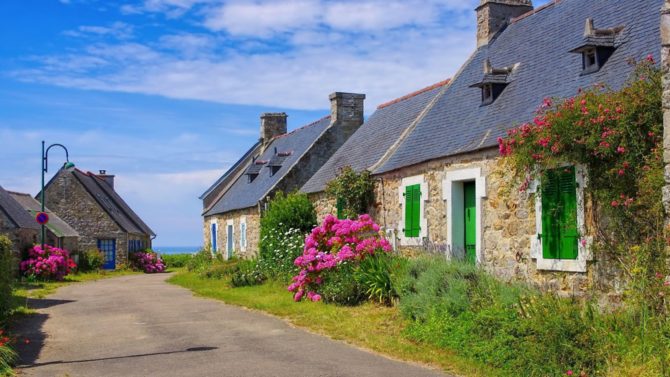 Anglophone estate agents working in France say they are being “flooded” with enquiries from Brits wanting to buy homes there before the UK leaves the EU.

Britons remain the most common foreign buyers in France, accounting for 26% of international sales last year. And the number moving permanently across the Channel or relocating within France rose by 17% last year, according to French bank BNP Paribas.

Leggett Immobilier’s sales pipeline is up 24% on last year and 45% up on 2016. “We have had to employ extra staff to cope,” says Trevor Leggett, founder of the nationwide agency, which handles one in six sales to UK buyers in France. “Each day the deadline draws nearer the enquiries increase exponentially.”

Year-on-year sales at Charente Immobilier have grown by 20% and French agency Argu’s Immobilier in Vienne has taken on an English agent to help cope with the spike in enquiries from Brits.

Tax and investment consultants Kentington’s has “never been busier,” says managing director Robert Kent. “People are in a hurry to move, with many changing their plans with early retirement,” he said.

The main deadline buyers are working towards is midnight on December 31, 2020. That marks the end of the transition period after which the UK will have fully left the European Union if the Government’s timetable goes to plan.

In principle, negociators have agreed that British citizens who are lawfully resident in France by this date will be protected by EU law and allowed to stay indefinitely, along with their partners and dependents. However, this agreement will only be valid if a final deal is struck at the end of the negociations, something that has not yet happened.

However, experts point out that people who arrive after this date will still be able to move to France. It’s just that their rights will be covered by French immigration law and there will likely be a bit more paperwork and a few more restrictions.

Luxury buying agents Home Hunts work with a lot of non-EU clients, particularly those from the US, Middle East and China, and say the process for Brits is likely to be fairly straight-forward even in the worst-case scenario of no deal.

“There will be some slightly longer delays at airports and ferry terminals I’m sure and there could be a need to fill out a document each year to allow travel but that would be all,” said director Tim Swannie.

How is the French property market looking?

Close to a million homes have changed hands in France over the past year. The market is strong, healthy and driven by domestic demand, with low interest rates set to continue for the foreseeable future, says Leggett Immobilier.

In coastal resorts and in major cities such as Paris, Lyon, Bordeaux and Marseille prices have risen dramatically over the past couple of years along with demand. However, in the countryside, away from commuter belts, there are plenty of homes available, keeping prices low.

However, this could change, says Edward Landau, who runs Agence Le Bonheur in Gascony. “The levels of stock are continuing to fall gently while quite a lot of good property is coming onto the market as positive news filters through,” he says. “For the moment prices are starting to gently move upwards and if the trend continues we will expect the increase in prices to accelerate.”

Although there is plenty of choice in rural areas, Julie Savill, of nationwide agency Beaux Villages, warns buyers against making cheeky offers.“Very low offers are rarely successful, which is not to say that there isn’t a huge amount of great value,” she says. “Realistically priced property is selling well in all areas.”

Alongside the pre-Brexit rush, many people are snapping up holiday homes with a view to retiring to France in the future, even though this is likely to be after Brexit. In our Twitter poll, only 14% of respondents said they were buying a holiday home with no plans to move across the Channel in the future. Those buying their main residence accounted for 31% of respondents but by far the greatest proportion – 55% – were buying a holiday home with plans to move permanently further down the line.

This snapshot poll broadly reflects the findings of agents at Argu’s Immobilier in Vienne who told us that 40% of their British clients were buying holiday homes in the countryside where they could retire in a few years to enjoy their twilight years far from stress and bad weather.

Charles Miller, at Charente Immobilier, agrees. “The average buyer seems to be pre-retirement, buying a property with a view to moving to it permanently within about five years,” he said. “There are many fewer young couples or families looking to buy.”

What are they buying?

Farmhouses, gîte businesses, B&Bs, châteaux, the pied à terre that can generate income – the Brits love them all, according to Patrick Joseph of My French House international property specialists.

Channel 4 show Escape to the Château and its spin-off DIY series have prompted a surge of interest in budget châteaux and manor houses. But agencies tell us most Brits still lust after the traditional stone house in the countryside within walking distance of the bar and boulangerie. “These houses must be habitable but ideally with some basic modernisation to be done,” says Benoite Bernardeau of Argu’s Immobilier. “A garden is essential and it must be a decent size.”

Budgets vary widely, but Beaux Villages has noticed that some buyers are reducing their budget and retaining property in the UK. “This may be to do with concerns over residency and healthcare, however it certainly isn’t stopping them benefiting from great property prices,” said marketing manager Julie Savill.

Where are they buying?

Over half of British buyers gravitate towards the south west of France, with the most popular areas being the old regions of Poitou-Charentes and Aquitaine, including Dordogne.

Beaux Villages recommends buyers consider neighbouring Vienne, Lot-et-Garonne or Aude, for pleasant areas away from the crowds. Central Brittany, Normandy and the Riviera are also perennial favourites, but in fact the single region with the highest concentration of British buyers is the Rhône-Alpes, which encompasses the main ski resorts.

Howard Watts, of Alpine Property World, said: “It’s a niche market here but things are improving as people realise that Brexit is not going to be such an issue after all. Few people want chalets these days but neither do they want rabbit hutches; 90% of our clients are after apartments and the Brits tend to want a couple of bedrooms.” Solicitor and tax adviser David Anderson, of Sykes Anderson Perry, says property in good Alpine ski resorts is a safe bet because building restrictions in the mountains mean demand will always exceed supply.

Brexit is also driving strong demand for apartments in prime areas of Paris while upmarket Monaco and Cannes remain a good investment, he said.