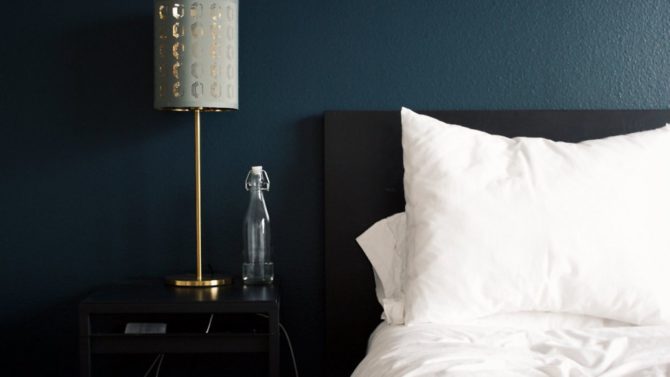 Get to grips with France’s star system for hotels with our handy guide.

With no standardised hotel rating system in Europe, knowing exactly what to expect from your accommodation can be tricky.

France isn’t part of the Hotelstars scheme, adopted by 17 European countries including Germany, Sweden and Greece; instead, public tourism body Atout France is responsible for administering its stars.

In 2009, its outdated and unclear ratings system was massively overhauled and an extra star category (five – the highest was previously four) was added to highlight those stand-out stays.

Unlike other countries, a key component of the ratings in France is the size of both the bedrooms and the hotel’s communal areas.

What can I expect from a one-star hotel?

Not a lot, if we’re honest! Your double room will be at least 9m², which doesn’t include the bathroom (either private or shared). The reception must be at least 20m² and there must be someone there to welcome you at least eight hours a day.

What can I expect from a two-star hotel?

You’ll enjoy a higher level of comfort than the rudimentary one-star digs, but there’s still no obligation for your double room to be any bigger than 9m². This time the reception must be at least 30m² and open for at least ten hours a day. What’s more, it has to be staffed by someone who can speak at least one official European language, as well as French.

What can I expect from a three-star hotel?

Again, comfort standards will be upped; your double room will be at least 13.5m² and this time it must have an en-suite. The reception, again at least 30m², must be open for at least ten hours a day, and once again manned by someone who can speak at least one official European language as well as French. You’ll also be able to take advantage of a range of guest services: internet in public areas, a bar and some communal lounges.

What can I expect from a four-star hotel?

Here, you’ll benefit from a personalised welcome from your hosts. Your double room will be at least 16m² and equipped with everything you could need, including WiFi, a desk, international TV channels and aircon. If your hotel has more than 30 rooms, the reception must be open 24 hours; less than 30 rooms, and it should be at least 12. In addition, there will be at least 70m² of communal areas for relaxing.

What can I expect from a five-star hotel?

Plenty, that’s for sure! You’ll be given an exceptional welcome by staff who must speak at least two foreign languages, one of which being English. Make the most of 24hr room service, in-hotel dining options, chauffeur and concierge services, plus safes and bathrobes in your spacious 24m² en-suite double. You can also expect some additional luxuries such as a swimming pool, massages, tennis courts, hairdressers or spa facilities.

What about ‘Palace’ hotels?

In 2010, another rating was created for those extra-special five-star establishments: Palace. Only 24 hotels in France have been awarded this special accolade, including the Hotel du Cap-Eden-Roc in Antibes, Paris’ Hôtel George V and Hotel les Airelles in Courchevel.

To qualify, the hotel must excel in some of the following (but not limited to): heritage and character, geographical location, historical interest, range of services provided, gourmet offerings and environmental policies.

Be careful: hotels are still allowed to use the word ‘palace’ in their name even if they are not rated as such.

Stay the night at a UNESCO World Heritage Site in France

Stunning beach hotels in France for all budgets

10 of the most beautiful places to stay in France

Previous Article Brits snap up property in France as Brexit deadline looms
Next Article CroisiEurope: Your dreams are our destinations