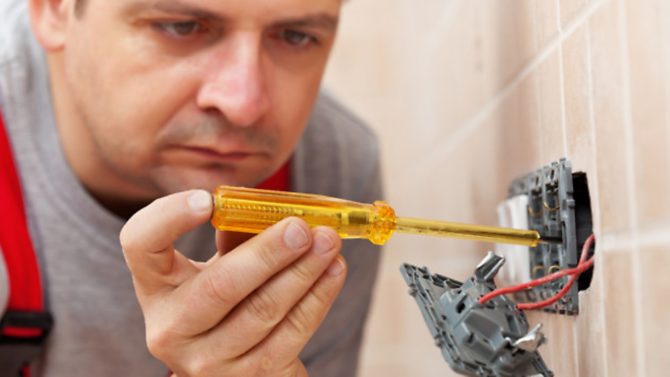 In the second of his mini series covering the diagnostic reports, John Marshall explains what you need to know about inspections of gas and electric appliances

The Diagnostic de Performance Energétique report has been required in France since 15 September 2006, and its purpose is to enable you to compare the cost of heating and cooling the house that you are buying or renting with other properties. It is a legal requirement to provide it to prospective buyers and tenants at the commencement of marketing.

You may have seen on new domestic appliances, such as washing machines and refrigerators, a large letter that gives you a guide to the amount of energy that the appliance will consume. This report similarly grades a house in respect of consumption and greenhouse gas emissions from A to G.

The calculations are based on the size of the property, the insulation quality and the methods used for heating and cooling. The figures are based upon standard consumption and emissions by a standard occupancy, and prices are attributed to the calculated standard cost of energy to be consumed based upon a government-prescribed average.

The report gives separate costs for room heating, water heating, air conditioning (if applicable) and a total cost for the property that includes the standing charges (abonnements) applied by the energy provider. The purpose of giving you these costs is not to tell you how much you will spend each year (because you are most likely not standard or average), but rather to give you a guide so that you are able to compare properties on a like-for-like basis.

The report will also state if there is any equipment in the property that supplies renewable energy, such as a wind turbine or solar panels.

There is, of course, another important reason for the report, and that is to encourage you to make improvements to the heating/cooling systems and insulation values of the property to reduce your future expenditure. That is good for you, good for the planet and also good for the French government as it shows that they are fighting the battle against global warming.

These reports can only be prepared by members of one of many professional bodies. The format of the report will therefore vary from expert to expert. I have seen reports that are succinct to say the least, and those that go into great detail, not only suggesting improvements that can be made to reduce the energy consumption but also giving guides on payback periods. The payback period is the time taken to recoup the cost of the improvement in terms of the savings made on energy consumption.

Some reports may even give you the ’10 commandments for good energy use’, but if yours doesn’t – or if you want to know more – ademe.fr is a government website providing lots of helpful information, in both English and French.   GAS REPORTS   Gas reports became compulsory on 1 November 2007. They relate to all gas appliances powered by town gas and tank gas. Notable exceptions are mobile heaters and cookers powered by butane bottles.   Each year all gas installations should be tested and serviced by a licensed professional and the flues should be cleaned. It is possible to have an annual contract that not only provides servicing but also breakdown cover. The flues should be cleaned, as should those to other boilers and fires, and a certificate obtained from the sweep. This is often a requirement made by insurance companies. The diagnostiqueur who does the gas inspection will ask to see copies of a service contract and flue cleaning certificate.   The report will state the make and model of the appliances inspected, where they are situated and their power output, whether they are flued such as a boiler, non-flued such as a hob, and if they have been disconnected. It will also document any limitations that affected the inspection including appliances not working properly, those needing repairs, a lack of gas supply, those labelled by a professional as dangerous, and non-useable output. It will detail, where possible, the tested calorific value of the output and the rate of carbon monoxide emission. The inspector carries monitoring equipment to search for leaks in addition to making a visual inspection.   The report may detail three types of anomalies: A1: a defect that should be remedied A2: a defect that should be remedied with minimum delay DGI: a defect that is dangerous   Examples of these are: A1: insufficient outlet ventilation to the room where the appliance is located A2: poor inlet ventilation, bad design of the flue causing a potential leak DGI: actual leak of gas or carbon monoxide   If the inspector has found a DGI he must label the appliance as unusable, cut off the gas supply and notify both the owner/occupier of the property and the gas supplier, such as GDF. You will have registered that if the inspector is unable to see an appliance working, he merely has to note that. My recommendation is that, as a buyer, you should insist that the compromis de vente states that all appliances are in good working order, and that before going to the notaire’s office to sign the acte de vente you visit the property to see for yourself that everything is actually working. I feel that this is a reasonable approach, as when you sign the compromis there may be a minor fault that the vendor can have repaired in the period before the date of the acte, which is often about two months.   ELECTRICITY REPORTS   Statutory tests of electrical circuits over 15 years old commenced on 1 January 2009. A test is not required if a consuel attestation has been carried out within the last three years which declares the conformité of the installation. A receipted invoice for a check-over will not suffice; it must be a properly presented attestation.   The report does not confirm that the installation conforms to current regulations. It simply says there are no anomalies, or lists anomalies, faults and potential hazards but it does not make it obligatory for the vendor to rectify them. Anomalies are not necessarily hazards. For example, I have seen reports stating that earth trips (disjoncteurs) and fuse boards (tableaux) sited high up out of reach from the floor without using steps, in caves and in garages are anomalies because access is not easy or quick, but they are not hazardous.   Typical anomalies include bare and unprotected wiring, temporary light fittings intended for use during installation (chantier), non-waterproof fittings in bathrooms, sockets near a shower, sockets without a device (obdurateur) that allows access only to the live holes when the earth pin is used, old sockets and switches with screw-in fuses, insufficient earthing and lack of a large (say 30A) trip on each row of smaller trips in a fuse board. It is rare to have no anomalies in an old system as standards are improved regularly. The cost of bringing an old system up to modern standards can run to thousands of euros, so it is sensible to ask the vendor or agent to hand the report to a contractor and get a quote (devis) for the work that is required. When done you should then get a consuel attestation.   In the event of a fire caused by an electrical fault, your insurer may decline a claim if you have not taken remedial action having been warned of a defect before acquisition.   John Marshall is a chartered valuation surveyor and ‘expert immobilier’ in Languedoc-Roussillon Tel: 0033 (0)4 68 20 26 48   www.johnmarshallsurveys.com