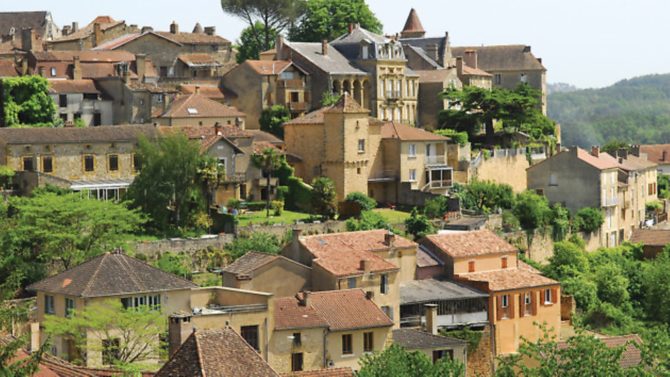 Arranging your finances to buy that dream home in France might not be the most glamorous of jobs, but it can save you thousands of pounds, says Matthew Harris

You’ve recently found the house of your dreams, made an offer that’s been accepted and the paperwork is in full swing. Congratulations!

As a former French homeowner myself, this is where what I like to call the unglamorous part of the purchase process begins. You need to start thinking about bank accounts, maybe mortgages, insurance, tax and how to move your currency – all the fun stuff.

I’m only going to look at the final one of these as it is often overlooked and left to the last minute, which, if you get it wrong, means your house could end up costing you thousands of pounds extra.

Many people are aware that currency specialists exist, but don’t know a lot about them, or how they manage to get such good rates. It’s not black magic or witchcraft, they simply offer live market rates whereas banks offer daily ones, so the specialists are able to get much closer to the mid-market or interbank rate that institutional investors trade at.

There’s one thing that currency specialists can do that banks can’t which is particularly relevant to house buyers, and that is forward contracts. This is a term that is likely to ring a bell with a lot of people, but they often don’t fully understand how forward contracts work or why they are important.

If you had agreed to purchase a house for €200,000 in March 2015 and completed around the election time, the rate movement could have meant you paid £10,000 extra for the same amount of euros. During the first half of the year with all the turmoil surrounding the election, Greece and other major economic world events, there were swings greater than 5% in both directions at different times. It would be fantastic to be on the right side of

one of these, but many home buyers wouldn’t want to risk it going the wrong way.

Property purchases in France take an average of three months to complete. You can calculate the cost in pounds when you are making the offer, but what you don’t know at that stage is how much it is going to cost when you complete, as the exchange rates move three times per second and the price you pay will constantly be going up and down.

Unless you have a crystal ball, there is simply no way of knowing where the rate will sit in three months time, and therefore what it will cost you.

The forward contract eliminates this risk, so you know it will cost you exactly the same on the day you complete as the day you locked in your rate. It can provide peace of mind, particularly if you have locked in and the market is moving lower, as you can sit safe in the knowledge that it does not affect you.

Another advantage of forward contracts is that you don’t have to pay for the currency upfront. You typically only pay a 5-10% deposit of the amount you want to fix, with the remainder of the money being paid as and when you complete on the contract in a few months’ time.

This means that the bulk of the money can sit in your savings account earning you interest. The deposit isn’t a charge or a fee, it’s a security collateral deposit that is returned on completion of the contract.

So when do you lock in your rate? There are three schools of thought on this one:

1. As soon as you decide to buy in France, you take your budget in sterling and lock it all in to give you a euro figure. The advantage here is that you know how much to spend, but it is still very early in the process, and you may go looking and decide it’s not for you – then you have a contract to buy a large amount of euros you don’t need. If you’re 100% certain that you’re buying in France, then there’s nothing specifically wrong with this approach.

2. When your offer is accepted and paperwork is being done. There is a risk that the rate could move significantly against you during this one-week period, but most people look to fix it as soon as the surveys have been done. That way, you know how much it is going to cost in pounds sterling as well as euros. This is how around 75% of sales go in my experience.

3. Don’t fix it, wait until the last minute. If the market is rising, and you are willing to risk everything, you can take this approach, but if you wouldn’t buy a house in the UK without knowing how much it will cost, why would you do so in a foreign country? It’s a big risk, and not one for those on a tight budget, as markets never rise forever.

There is no right or wrong answer on when to book your forward contract, it’s a personal choice. While most people go with the second option, there’s nothing fundamentally wrong with the other two if they fit your circumstances more appropriately.

It is also important that you discuss the pros and cons of each possible strategy with a specialist before you arrange anything. While they don’t have perfect foresight and can’t tell you what will happen to the rate during the term of your contract, they should be able to articulate the positives and negatives around each strategy. However, the final decision of when and how to move money across the water should always be yours.

The final and most common question I’m asked about forward contracts is: if the rate goes up, are you still locked in? Sadly, the answer is yes, as the currency is purchased on your behalf when you instruct your currency specialist to take out a forward contract, so it is a binding agreement whichever way the market moves.

If the market rises you have a worse exchange rate than the prevailing one at the time of completion, while if it drops, you are in the money. The purpose of the fixing is not to gamble on which way the market will move, but to accept the current level.