4 of our favourite French cities 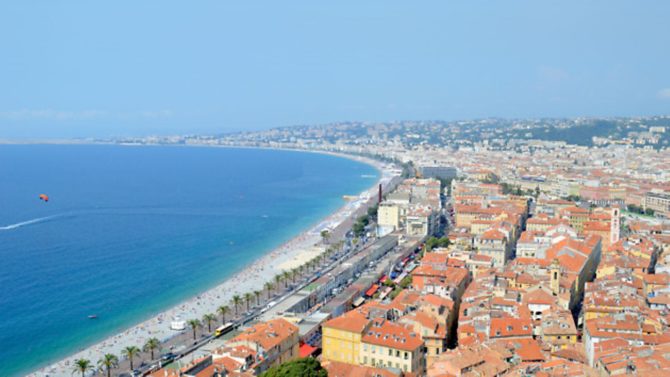 The capital of France is an architectural feast on the banks of the mighty Seine. Home to some of Europe’s most famous galleries and museums, along with cafés, restaurants and romance and much more. Who wouldn’t want to call the City of Light home? It is split into 20 arrondissements, the first being the area surrounding the Louvre, with the others numerically spiralling out in a clockwise direction. Generally, the larger the number, the further away the arrondissement is located from the city centre.

Property is priced by the square metre, with the overwhelming majority of properties split into apartments. Prices depend on the location and quality of the property, as well as whether it has an elevator, a balcony or access to shared gardens or a courtyard.

One-bedroom apartments start at around 30m², with prices in the first 10 or 11 arrondissements starting at €8,000 or €9,000/m² and going up to more than €15,000/m². It is possible to pick up apartments in outer arrondissements for less than €5,000/m², but make sure you consider other factors too, such as lifestyle, safety and the return on your investment.

“Central Paris is very much a high-end buyer’s market,” says Hervé Lévy of Home Hunts, “with a top-floor apartment with a terrace and Seine views likely to set you back around €1.1m.” He suggests professionals looking for executive properties should start their search in Neuilly-sur-Seine and Levallois-Perret, or on Île de la Jatte. “Outside of Paris, the St-Germain-en-Laye area with its excellent schools attracts a lot of buyers.”

The capital of the decadent French Riviera, Nice is a wonderful mix of ancient and modern, sunshine and sea. It has long been a draw for the rich and famous. The city has a thriving local economy, built largely on a lucrative maritime industry and the tourism sector that feeds off it.

“The property market in Nice is extremely dynamic,” says Anne Piolet of Leggett Immobilier. “The holiday rental business is flourishing – Nice is the second most-visited city in France after Paris so it’s a good place to invest.

“Nice Carré d’Or, which is the very heart of the city, tends to be the most expensive area, but in general, I would suggest that €250,000-€300,000 is a realistic budget for a two-bedroom apartment in the city,” she says. “The old town and the port are also hugely popular. Good value areas within the city centre include Quartier des Musiciens, Fleurs, Quartier de la Libération and Quartier Tzarévitch. Outside the city centre you’re looking at €150,000-€200,000 for a two-bedrooom apartment, although some areas are cheaper. The further you go from the sea, the cheaper it will become.

“For gardens, look for pretty villas in areas like St-Pierre-de-Féric and Cimiez, which have houses from €500,000 to €600,000. For cheaper houses and apartments, look at Fabron and La Lanterne. The west should also increase in value with the new tramline in 2017.”

UNESCO-listed Lyon, on the banks of the River Rhône, is widely acknowledged as France’s gastronomic capital. The city has been working hard to become one of France’s most ‘liveable’ cities, with efforts being made to return riverfront areas to community use and to adopt sustainable urban planning principles. The city is also home to one of France’s largest public bike hire schemes.

For houses, expect to pay anything from €250,000 in one of the more affordable suburbs to an entry price of €500,000 in Lyon Croix Rousse, which overlooks the city. “High-value areas include La Confluence, which has a lot of new developments, the 8th arrondissement, which is near the hospitals and universities, and Jean-Macé for student rental and first-time buyers,” she says.

“Cité Internationale near Parc de la Tête d’Or is good for high-end investors as it gives easy access to the centre. At the other end of the market, Vaise is a good investment; many first-time buyers live there as it’s not as expensive as the city centre. Oullins in the southern suburbs has been recently linked to the Métro and would make a good rental investment for around €2,300/m². Meyzieu is also good value at around €2,400/m² as it’s close to St-Exupéry airport and also the new football stadium. The most expensive areas remain the Triangle d’Or in the 6th arrondissement and Place Bellecour, which have old character apartments for around €6,000/m².”

France’s wine capital has brushed itself off and dolled itself up in the last decade, transforming into a modern, progressive city with a new tramway, restored buildings and a multi-million-euro riverfront development that’s helped return the streets to the people. A new TGV link will soon put Bordeaux within two hours of Paris.

“You have left bank and right bank, and the right bank is still much cheaper – you may find apartments there as low as €2,500/m², but not often. Houses close to amenities and with gardens in the suburbs can average €3,000/m².

“Opportunities exist in areas where the new tramline will go, such as Pessac and Merignac, or in Bègles or Villenave d’Ornon, which have improved road access.

“Longer term, I’d look at the northern areas around Bacalan, while at Bassins à Flot there will soon be a luxury marina. The area around the train station is also being improved.”

Previous Article WIN! A copy of A Year in Cheese
Next Article My Dream Home: interview with an agent in Gascony