11 celebrities who own a property in France 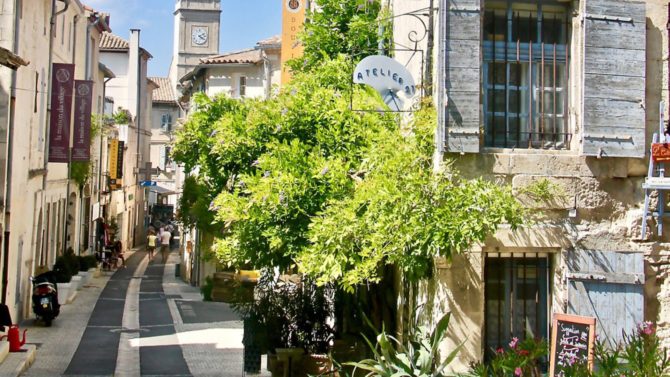 Thinking of buying a house in France? You’ll be following in the footsteps of these famous faces…

English actor Tom Hardy, who is well known for his roles in films such as Inception and Mad Max: Fury Road, owns a house in the small town of Saint-Rémy-de-Provence. Hardy married British actress Charlotte Riley here and the couple are said to visit for long weekends. Tom Hardy also speaks fluent French which will be handy for popping to the boulangerie!

Three-time Oscar nominee Johnny Depp hit the headlines last year when he put his village-like compound near Plan-de-la-Tour on the market for €50 million. The actor bought the 37-acre estate in 2001 for an undisclosed sum and spent millions restoring it. The property’s main features include a deconstructed church, an art studio and a private restaurant called Café Marcheline.

Rock star Bryan Adams owns a stylish apartment in central Paris designed by French interior designer Tristan Auer. Not the apartment you’d expect a rock star to live in, it in minimal with large windows and mostly white walls. In an interview in 2014 he told us he loves the Marais and les Puces de Saint-Ouen and enjoys cycling around Paris. He also revealed that some of his most famous songs were written in France and he enjoys singing in French.

Russian billionaire and owner of Chelsea Football Club, Roman Abramovich bought Château de la Croe in Cap d’Antibes on the Côte d’Azur in 2014 for a reported €15 million. The property once belonged to the exiled Duke of Windsor who moved here with Wallace Simpson when he gave up the crown. A biography on Abramovich says the château “is his greatest love”.

Bryan Adams on his Paris apartment and love of France

Bono and The Edge, from rock band U2, co-own a beachfront mansion in Eze-sur-Mer on the French Riveria. They bought it back in 1993 for around €3.8million, and since then it has become a favourite with other celebrities, including Brad Pitt and Angelina Jolie, Robert De Niro and George Clooney.

Hollywood super couple Brad Pitt and Angelina Jolie bought Château Miravel in Var in Provence-Alpes-Côte d’Azur in 2011 after leasing it for three years. They were married at the château in 2014 and the estate won an award for its rosé in 2012. Since the couple have split up there have been rumours that the château may be sold but it hasn’t been put on the market yet.

Dick and Angel Strawbridge on renovating a French château

Grammy-winning singer and composer Elton John and his husband David Furnish have an opulent 1920s mansion on Mont Boron that overlooks the sea and the town of Nice. Elton John calls his French property his “summer house” and, as it is close to an airport, it is a good base for exploring Europe and reconnecting with friends.

Dynasty star Joan Collins and her husband own a villa near the glamorous Riviera resort of Saint-Tropez. In an interview in 2010 she told us that they spend around four months a year in France and enjoy lazing by the pool, sunbathing and entertaining guests.

Legendary British rock singer and songwriter Rod Stewart owns a property in Saint-Paul-de-Vence, a commune in Alpes-Maritimes. Rod bought the property for £3.3 million back in 2005 and he spends the summer months and holidays there with his ex-model wife and children.

David and Victoria Beckham opted for a more secluded spot than many celebs with a property in Bargemon in Var. Around a 75-minute drive from Toulon and Nice airports, Bargemon is a picturesque medieval village surrounded by olive groves. The Beckhams bought their property here in 2003 for around €1.7 million and reportedly spent €6 million renovating it, but the property is now on the market for €2,750,000.

14 things you didn’t know about the Cannes Film Festival

Previous Article The French villages you should visit this year
Next Article What is it really like to live in rural France?