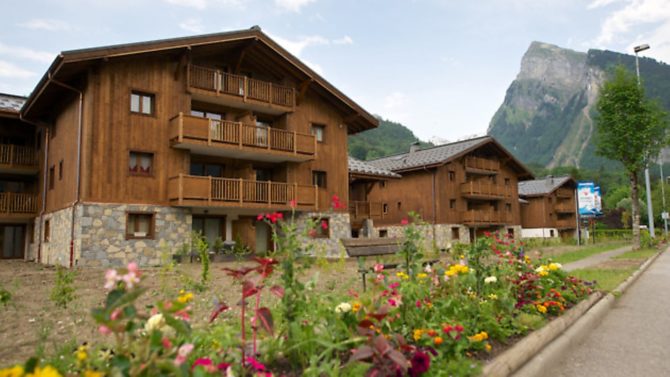 Demand for year-round holiday homes in one of the most scenic and traditional market towns in the French Alps means that all but ten of the 70 apartments built by MGM French Properties in Samoëns have been sold.

They feature modern interiors and spacious accommodation. Externally they are finished in timber and stone, continuing a local tradition spanning hundreds of years. The skills of Samoëns’ 17th-century stonemasons were in demand throughout Europe and as far afield as America.

MGM’s apartments, which are available for outright purchase (not leaseback) come with an indoor pool for use by residents. They are within walking distance of the village shops, cafés and restaurants in the centre of Samoëns.

“For British buyers, a special appeal of Samoëns is that it is just four hours door-to-door from London, being only about one hour by road from Geneva Airport,” says Richard Deans of MGM’s London-based UK sales office. “Growing numbers of British buyers are opting for properties in Haute-Savoie locations like Samoëns where the lifestyle enables them to integrate with local people while enjoying a huge variety of activities throughout the year.”

A nearby cable car provides access to the ski slopes of the Grand Massif, the third biggest ski area in the French Alps. “It offers great skiing for families as well as experienced skiers,” says Richard. “There are 265 km of slopes at altitudes of up to 2,500 metres and, as many of them are north-facing, they retain their snow for longer periods than many other resorts.”

The prices of the MGM properties still available at Les Chardons Argentés start at €255,000 for a one-bedroom apartment with a floor area of 45m². Prices include underground parking, cellar storage and a ski locker.