Do you know which French property contract you should sign? 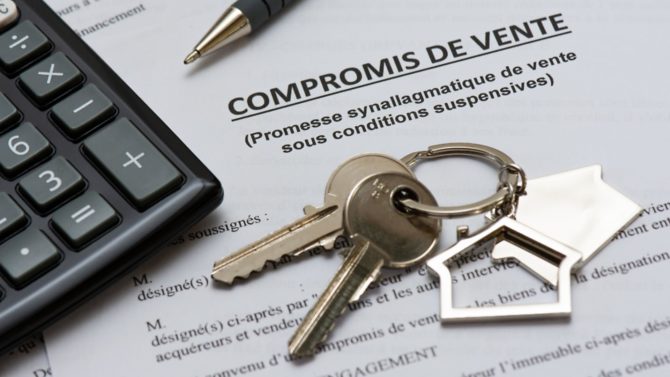 In France, contracts are exchanged early on in the process, from which point the purchase is legally binding on the buyer and/or seller, depending on the type of contract used.

Readers will undoubtedly be familiar with the process of exchanging contracts in England and Wales, whereby each party’s conveyancer or solicitor goes through the terms of the contract to ensure they are the same and agreed, before signing their own version of the contract, which is then sent to the other party’s solicitor.

The French equivalent of ‘exchange’ consists of the signature by both parties (or by an attorney acting on their behalf under a power of attorney) of an avant-contrat, an initial contract.

As in England and Wales, signing the exchange contract marks the point at which both parties would face penalties if either of them was to pull out. However, the French system offers additional protection to the buyer who has the benefit of a 10-day cooling-off period following signature of the contract, which allows them to withdraw from the transaction without penalty and for any reason should they wish. It is also at this stage that the buyer will need to pay a deposit which usually corresponds to around 5% to 10% of the price.

The initial contract sets out the main terms of the agreement between buyer and seller including various conditions suspensives, condition precedents which must be fulfilled for completion to take place. It will also include a completion date which, in contrast to the English system, is only a target date.

The reason for conditions suspensives stems from the fact that the pre-completion searches take place after signing the contract. It allows a buyer to walk away from the purchase without penalty if the search results were to subsequently reveal a legal impediment such as a defect in the seller’s title or the existence of a servitude, which would significantly reduce the value of the property or prevent it being used for its intended use.

The generic term ‘initial contract’ or avant-contrat does in fact cover different types of contract which can be used in a French property transaction and will have different applications and consequences on buyers and sellers alike, as follows.

The compromis de vente is a bilateral contract, which creates a legal obligation on both parties – buyer and seller – to complete the transaction at a future date on the terms agreed in the contract, and subject to the conditional clauses in the contract. This means that if either party refuses to complete by the target date for completion and all the conditions are met, the other party could put the defaulting party on notice to complete.

If the parties cannot agree, the dispute would have to be brought in front of the French local tribunal who could decide to enforce the sale and also order the defaulting party to pay additional damages as well as the other party’s legal fees on top of the contractual 10% penalty.

Needless to say, a potentially lengthy and costly legal dispute, especially in front of a foreign court, is always unsatisfactory and even more so when the future of recognition and enforcement of foreign judgments in a post-Brexit UK remains uncertain.

For the duration of the ‘promise’, the seller agrees not to sell the property to parties other than the buyer and to take the property off the market. In exchange for this exclusivity, the buyer agrees to pay an indemnity, the indemnité d’immobilisation, to the seller corresponding to 10% of the price, on signature of the ‘promise to sell’ contract.

The buyer will be given up to a certain date to decide whether or not they would like to take up the option to buy. If they decide to go ahead, the indemnity will be deducted from the final price and fees payable on completion.

However, if the buyer decides not to take up the option within the duration of the ‘promise’ (and is already outside their cooling-off period), they will lose the 10% indemnity and the seller will be free to put the property back on the market and sell it to a third party.

This is a fairly simple mechanism, which does not necessitate any further notice or added formality if the buyer no longer wishes to proceed with the purchase, and is the reason why the promesse de vente is used for transactions involving one or more non-French nationals.

Of course, from a seller’s perspective, there remains a risk for the whole duration of the ‘promise’ that the sale will not complete and the seller cannot force the sale, which must be accepted. The seller also has to accept that the amount of compensation they will receive will be the fixed 10% penalty – although the avoidance of a potential court action may be an attractive prospect for some.

This form of contract creates a commitment on the buyer’s part, nonetheless. In particular, if the buyer decides to take up the option and then subsequently refuses to complete, which would revive the seller’s entitlement to seek specific performance of the contract and claim additional damages at the local court.

As with the promesse de vente, a promesse d’achat is a unilateral engagement but this time on the buyer’s part, who makes a promise to the seller to buy their property at a fixed price and gives the seller an exclusive option to formally accept the promise within a certain time period.

The promesse d’achat should not be confused with a simple offre d’achat, an offer to buy, as the ‘promise to buy’ commits the buyer to buy the property if the seller takes up the option – or they would otherwise face the prospects of a court action against them which could force completion of the purchase or claim damages.

The buyer is prohibited from withdrawing the ‘promise’ for its duration (apart from during the 10-day cooling-off period) and would only be released from their obligation if the seller did not take up the option to sell.

By contrast, the seller remains free to market or sell the property to someone else at any time and, unless the seller decides to accept the would-be buyer’s promised purchase, no remedy can be sought against them if they decide not to sell to that person.

Because of this imbalance, needless to say this form of contract is scarcely used and should only be used in exceptional circumstances – for instance, where one seller lacks capacity and it is necessary to obtain the consent of the court confirming that the sale is in the seller’s best interests.

This type of contract is used in off-plan purchases (VEFA), which can be a tax-efficient way to buy property and also allows buyers to pay for the property by instalments as and when certain stages of the construction are reached.

By signing the reservation agreement and in exchange of payment of a 5% deposit, the developer undertakes to reserve the property for the buyer.

The reservation agreement will contain various provisions including the price, plans, technical description of the property, stages of construction and of payment, legal completion date (when the buyer becomes the legal owner of what is built) and target handover date (when the buyer takes possession).

A buyer will also have the benefit of a 10-day cooling off period but if they decide to withdraw from the purchase past that date but before legal completion, then they will lose the 5% deposit, but will be able to walk away from the purchase.

One difficulty we often come across is when legal completion has already taken place (which can happen very early on in the project) and then the buyer wishes to withdraw from the purchase due to delays in completion of the project or changes made to the description of the property.

It is a standard provision of the contract for the developer to reserve the right to make any modifications to the specification and plans, which may be necessary for technical or commercial reasons or due to any administrative requirement. Also, a late handover/completion of the construction would not give rise to any compensation (unless otherwise agreed) if there is a legitimate reason for the delay in the construction, which could be anything from bad weather, strikes, financial difficulties of a contractor or indeed Covid-19 or any other pandemic.

In our experience most off-plan developments are subject to delays, so a buyer should be warned of the risks and consequences before committing themself.

On this occasion, it is fair to say that one size does not fit all and there are various reasons as to why one particular type of contract should be used instead of another. While the compromis de vente remains the most widely used contract, and can be used in most situations, the preparation and signature of the initial contract is the most critical part of the conveyancing process in France and as always it is advisable to seek independent legal advice from French law specialists at that stage.

Fabienne Atkin is an Associate Solicitor at Heslop & Platt

Properties for sale with sunny terraces

Previous Article Carol Drinkwater: discover a new eco-museum below the waters of the Côte d’Azur
Next Article France at Home: 7 websites that bring France to the UK