Carol Drinkwater: discover a new eco-museum below the waters of the Côte d’Azur 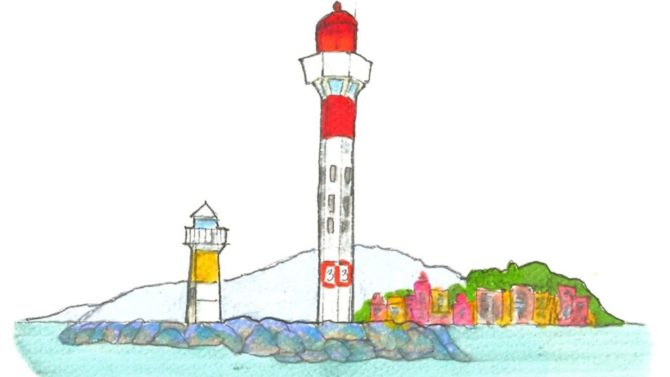 Jacques Costeau, French explorer, conservationist and filmmaker, was a childhood hero of mine. As a young actress, as soon as I had independence and a centime to spare, I learned to scuba dive and travelled the world discovering the underwater worlds of different seas and oceans. I will never forget my first dive off the coast of Mexico. It was a revelation, and the privilege I felt being an observer of those subaquatic universes.

Later, as life got busier and because Michel, my husband, is not comfortable in the water, I reluctantly stopped exploring those magical sea worlds. Still, the sea remains profoundly important to me. Living within sight of it calms me. Its magnitude and silent mysteries attract me.

Because of these memories, no news could have lifted my Covid-fatigued spirits more than to read that an underwater eco-museum has opened off the coast of Cannes.

In collaboration with the mayor, the project has been created by the English artist and sculptor, Jason deCaires Taylor. Taylor is internationally known for his underwater sculptures, which over time are intended to transform themselves into natural coral reefs. So, a museum directly off our local beaches – almost visible from our terrace! – is a thrill. Taylor is also a scuba diver and a passionate marine conservationist.

Taylor’s submerged museum – his first in the Mediterranean – consists of six giant masks. Each stands over two metres high and weighs 10 tons. Actually, they are half masks; each a fractured face, modelled on local residents. One portrays a retired fisherman, another a nine-year-old schoolgirl.

The masks have been lowered into the water to a depth of three metres, sufficiently shallow to be visible to snorkelers, thus giving members of the public, not only divers, access to this extraordinary world.

Taylor hopes that the installations – designed using pH-neutral materials – will attract marine fauna and flora. His other goal is awareness, not only within the local community but to all visitors to the site. How, when you have glimpsed for yourself the wonders of an underwater world, can you not be saddened by the pollution and degradation of our seas?

The eco-museum is situated in the narrow channel that separates the largest of the Isles of Lérins, Sainte-Maguerite (where the Man in the Iron Mask was imprisoned) and Saint-Honorat. This waterway has for decades been a yachting playground. In high summer, anchored between the islands, you could literally hop from one yacht to the next until you reached dry land. A traffic jam of yachts, it was impossible to swim or enjoy the tranquillity of the surroundings.

That has changed. In order to protect the underwater eco-museum, the site has been cordoned off, leaving the sea to its own devices. Its bed is a meadow of Posidonia oceanica, endemic sea grass. These grasses offer food, habitat to Mediterranean flora and fauna. Until recently rusted anchors, pipelines, all kinds of debris had settled on that sea bottom, refuse from the yachts and from a nearby marine yard. The site has been cleared for the museum and to allow free passage to the sea’s rightful inhabitants. Today, the water is crystal clear.

Taylor wants this museum to foster awareness. Visit, snorkel, be blown away by its beauty, treasures of our thalassic ecosystems. Hopefully, we can then comprehend their fragility. I am haunted by images of mountains of plastic clogging up, throttling, our rivers, oceans, seas. More than half the oxygen we breathe comes from the sea. The need to protect it is urgent. Or in the words of Jacques Costeau, ‘We are all in this same boat.’

Carol Drinkwater: the power of kindness in challenging times

Previous Article Hot springs, hilltop villages and helpful tips; 10 things we learnt in the September 2021 issue of French Property News (plus Living France), out now!
Next Article Do you know which French property contract you should sign?