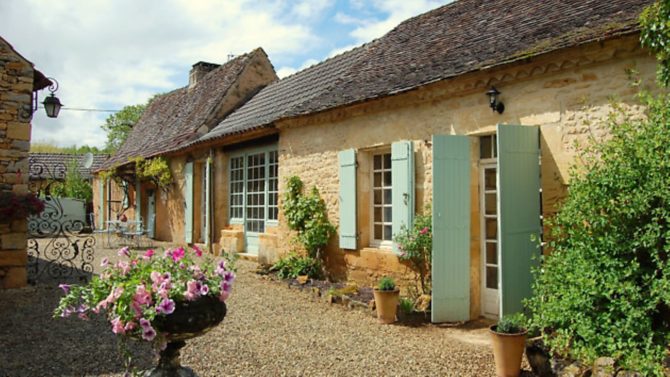 ‘En indivision’, ‘en tontine’ and through an SCI are 3 ways of purchasing French property jointly

The most common method of joint ownership and equivalent to ‘tenancy in common’ in English law. Each owner, known as an indivisaire, holds a distinct share in the property, normally representative of their contribution to the purchase price.

This can be modified by signing a shared ownership agreement drawn up by your notaire. The agreement can also make provision regarding the maintenance obligations of each owner and the circumstances when the property might be sold. Without such an agreement, one partner can force a sale. This circumstance might arise if the relationship breaks down, or if one of you dies and the partner’s beneficiaries want to sell the property.

On death, each partner’s share of the property will pass under their wills, or under French intestacy rules. Therefore, if you are not married it could result in complications for the surviving partner if the share in the property has to pass to a child or, if you fail to make a will, to their family under French intestacy rules. These issues can be mitigated by making a will and taking advantage of the new EU succession rules which came into effect in August 2015, if you are a UK national.

Read more: 12 things to know about buying a French property

Similar to a joint tenancy arrangement in the UK, whereby the surviving partner becomes the sole owner upon the death of the other party. No recognition is given to each owner’s separate shares in the property (as with en indivision).

To take advantage of this arrangement, you have to ask your notaire to include the tontine clause in the purchase contract – once the property is purchased, it’s too late. It works as a contractual arrangement between each owner so that when the first partner dies, the survivor automatically inherits the whole property. This is even the case where the joint owners are not married and despite the provisions in the partner’s will or intestacy rules.

Buying French property en tontine can simplify the succession process but it does not affect the succession tax liabilities, which can be as much as 60%. If the partner who dies first has children from a different relationship, the tontine arrangement can be challenged on death and it can be difficult for a child to be successful in a claim, as under French law it is seen as circumventing the forced heirship rules.

As a prudent measure, each partner may wish to write a will electing a choice of English law to ensure the property passes to the surviving partner, if the tontine arrangement is vulnerable to challenge from stepchildren. Find out more about the new EU succession laws

An SCI is a specialist type of French civil company constituted for the ownership and management of property in France. It can hold one or several properties, either available to its members or rented to third parties. Where an SCI is used for the purchase of a private home, the owners effectively then become non-paying tenants or occupants of the property owned by the company.

The immoveable assets located in France and owned by an SCI are subject to French tax laws, and an SCI is ‘fiscally transparent’, which means that its members are taxed as individuals.

An SCI must have a minimum of two members, known as associés, but there is no upper limit. It is managed by a gérant who will be appointed by the members. There is no minimum capital required, but when the SCI is being set up for the purchase of a property, the shares should be distributed in accordance with the shareholders’ respective investments.

Buying through an SCI gives members greater flexibility than buying en indivision as they can transfer their shares freely between themselves and to others. In the case of a group purchase, the departure of a member does not cause any change in ownership. An SCI can also be used by non-residents to avoid French inheritance laws and the legal reserve of the children, as SCI shares are subject to the inheritance law of the deceased’s last country of residence.

An SCI is also an effective inheritance tax planning tool, enabling its members to gradually transfer their shares to children or grandchildren, and it is commonly used by families as a vehicle to organise the transmission of assets between family members.

Buying through an SCI will, however, incur additional expenses and there is a certain amount of annual paperwork to be completed. Furthermore, properties must be let unfurnished, and it may be difficult for purchasers to obtain a mortgage due to stricter lenders’ requirements.

Read our other articles on: