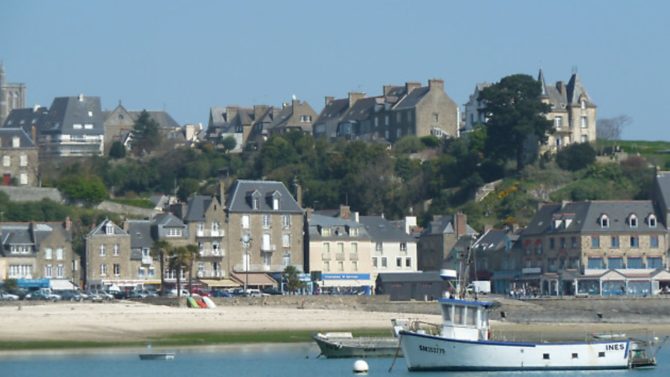 French mortgage rates are at historic lows and there has never been a better time to consider financing your dream home in France via this route.

Historically, many British buyers of French properties have financed their purchase using funds raised from their primary residence in the UK and then essentially purchasing in France using cash. However, turmoil in the financial markets over the past five years has highlighted the financial planning benefits of taking advantage of French mortgage rates being at all-time lows.

There are three main options that are open to you in terms of the interest rate you pay on a mortgage in France.

In the French domestic market, fixed-rate mortgages are by far and away the most popular and for this reason they are the most widely available.

The second option is variable-rate mortgages where the interest rate you pay changes in line with changes in the base rate.

The third option is a ‘cap and collar’ or capped-rate French mortgage. This product normally has a starting rate that is fixed for a certain period of time that is then guaranteed not to rise above a certain rate (normally one or two percentage points above the starting rate) for the life of the mortgage.

Each product has different characteristics that you will want to consider. Fixed-rate French mortgages provide you with the peace of mind that the interest rate you pay will not increase for a certain time. However, they often have redemption penalties should you wish to repay the French mortgage early.

Variable-rate mortgages are more flexible in terms of redemption penalties (often having none) but on the downside there is of course the possibility that the interest rate you pay could increase.

increasing interest rates and the flexibility to make over payments).

HOW RATES ARE CALCULATED

The interest rate that you pay on a French mortgage is calculated using a combination of different elements. The first of these (for variable and capped-rate mortgages) is the base rate that the mortgage follows. Variable-rate French mortgages most commonly follow the three-month Euribor index, which is currently around 0.209%, having been as low as 0.188% during the spring of this year.

The second element is the margin that the lender charges over and above the base rate that the French mortgage product tracks. When you look at a quote for a variable-rate French mortgage you are likely to be quoted a starting rate and then a margin for the product.

The margin on the mortgage will be fixed for the life of the loan and in the case of a product that tracks the three-month Euribor rate will be revised on a quarterly basis. It is often the case that the starting rate may be slightly higher than the combination of the base rate and the margin thereafter, which can be confusing for international buyers who are used to a discount during the initial period.

The margins that French mortgage providers charge will depend on where they raise the money they lend to their mortgage borrowers. French mortgage providers who borrow from the international money markets have had to include these higher costs of borrowing in their French mortgage rates over the past few years. One of the side effects of the credit crunch and eurozone debt crisis was that big banks and investors around the world become more nervous lending money to each other. For this reason they charged borrowers more to borrow.

The good news is that banks have been finding it cheaper to borrow from each other in recent months and this is another reason why French mortgage rates have been going down.

If you are interested in understanding where French mortgage rates are currently, French mortgage best-buy tables are increasingly published online – in much the same way that they are in other markets. At the time of writing it is possible to fix a French mortgage for 10 years from around 3.35% while variable-rate mortgages start from around 2.60%.

INTEREST-ONLY MORTGAGESInterest-only mortgages (ones where your monthly repayments do not pay off any of the capital sum of the mortgage) are much less commonly available in France than other markets. One of the main reasons for this is that French mortgage providers see them as being more risky than repayment mortgages. For this reason, the margin that you will pay on an interest-only loan will be significantly higher than for a repayment product.

FIND YOUR MARGINThe margin you will pay on your French mortgage is dependent on the perceived risk of that mortgage product.

If you are looking for a mortgage with the lowest possible margin you will need to take into account factors such as the LTV (loan to value, i.e the size of the loan as a proportion of the purchase price), the term of the mortgage and whether or not you are borrowing on a repayment or interest-only basis.

The lowest margins payable will be available for repayment mortgages with a loan to value of around 60% or lower and a term of around 10 years.

The interest rate you will pay on your French mortgage is only confirmed once your mortgage offer is issued and therefore any quotes you receive, from either a lender or French mortgage broker, will be made on this basis. Different French mortgage providers adjust their rates with different frequencies.

Whichever option you decide is right for you, the low rates currently offered by French mortgage providers ensures that your decision to buy in France now couldn’t have come at a better time. n

Jo Cowling is head of the French team at IPF