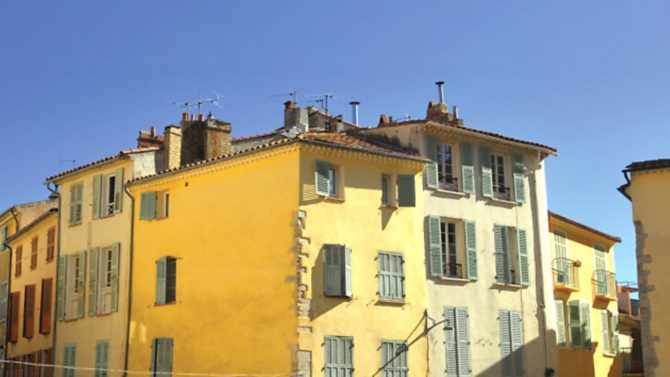 The number of French mortgages can be daunting but Sharon Hill asserts that they are all like vanilla sundaes. Now, would you like sprinkles or strawberry sauce with that?

At first glance, entering the world of French mortgages can appear somewhat overwhelming. There are a multitude of different options available from various sources, all of which come with different features.

But if you break it down and consider mortgages to be like ice cream sundaes then it is easier to see the difference, and with good, clear advice you will be able to ascertain which French mortgage is the most suitable for you and your circumstances.

Basically French mortgages are all like vanilla ice cream: plain and simple. On top of that you then have different features, such as payment holidays, or no early redemption penalties for example. These are your chocolate sprinkles or your strawberry sauce.

Many people are tempted to look solely at the interest rate, as is frequently the case in the UK. After all, in the UK there is a culture of remortgaging every few years or so as deals come to an end in order to obtain the best interest rate.

However, this isn’t the case in France and remortgaging is quite rare due to the prohibitive costs involved. It’s not the norm to swap between deals according to what suits you at the time, and there are very few short-term special deals available because this is simply not part of the French culture.

France is a socially responsible country and when it comes to mortgage lending, borrowers are heavily protected. Interest-only mortgages are frowned upon, and in some cases considered as a disaster waiting to happen. They are only really used as a way of countering wealth tax, although a few interest-only mortgage options do exist for non-resident purchasers, but their entry level criteria is quite stringent.

Of the different types of capital repayment mortgages that exist in the market, the three most common options are fixed rate, capped rate and tracker rate mortgages.

French buyers tend to opt for long-term, fixed rate mortgages, or in other words ‘the safe option’, with monthly repayments that are fixed for the entire mortgage term.

A fixed rate mortgage will normally be fixed for the entire duration of the mortgage, with the most popular durations being between 15 and 20 years. Durations of up to 25 years do exist for non-residents but tend to be more expensive.

Generally you will find that the shorter the mortgage duration, the lower the interest rate. For example, a 10-year fixed rate mortgage may attract a fixed interest rate of 2.5-2.8%, but a 20-year mortgage would be between 3.3-3.6% (indicative rates correct as of May 2014).

When you consider that these are fixed for the entire duration of the mortgage, allowing you to forward plan your mortgage payments for years to come, they represent incredibly good value and are part of what is currently driving increased levels of activity in the French property market.

A common disadvantage of having a long-term fixed rate mortgage is the early redemption penalties, applied for either partial or total redemption, and for the majority, throughout the term of the mortgage.

However, some mortgages allow the borrower to increase the monthly mortgage amount once or twice a year, thus reducing the outstanding capital more quickly, and therefore reducing the overall term and overall cost of the mortgage in monetary terms.

A tracker mortgage does exactly what it says on the tin. It follows the fluctuation in the base rate (usually the Euribor three-month or 12-month index), with a margin (sometimes called a spread) that is applied by the bank giving you the nominal rate of interest. This is the rate of interest which is then applied to the outstanding balance.

A tracker rate mortgage can vary up or down and doesn’t offer any security against future interest rate rises. While interest rates are currently very low and attractive, when base rates start increasing again the mortgage interest rate will also increase.

When comparing tracker mortgages it is important to take into consideration which Euribor index they track, as this can vary and have an impact on the actual cost of the mortgage.

Currently the Euribor three-month index is 0.337%, whereas the 12-month index is 0.613%, so there’s a considerable difference. Adding a bank margin of 2% (as an illustration) would give rates of 2.337% and 2.613% respectively, so not the same at all despite the bank’s margin being the same.

An advantage of tracker mortgages is that often there are no early redemption penalties, which means there is greater flexibility when it comes to making lump sum payments or paying off the mortgage.

It is important to understand that French consumer law dictates that minimum overpayments should be 10% of the initial capital borrowed, so if this is not expressly waived somewhere within the mortgage offer this will be the case.

A tracker mortgage is often suited to someone who plans to pay off the mortgage within a short period of time, normally within the first seven years or so.

This type of mortgage is ideal for borrowers who are on the fence and can’t decide between the risks of a tracker and the security of a long-term fixed rate. The interest rate is capped, either for a specific duration or throughout the term of the mortgage, offering the borrower the flexibility and benefits of low rates while combining the security of being able to plan your mortgage payments in the long term, as the interest rate can never surpass a ceiling rate.

In the past, a minimum interest rate known as a ‘collar’ has been applied, but generally the mortgages currently on the market do not come with this minimum, as current rates are so low it is difficult to envisage that they could go much lower.

Early redemption penalty exemption varies from mortgage to mortgage with this option, so needs to be checked individually each time, as indeed it should with all mortgages.

With all mortgages it is important to consider the individual features and associated costs, and not just the nominal rate of interest. French lenders and mortgage brokers are obliged to provide the Effective Annual Interest Rate when providing quotes (called Taux Effectif Global or TEG in France) in order for you to be able to compare.

This gives you all of the associated costs (such as insurance, arrangement fees, cost of registering the legal charge, broker fees etc) compounded into an interest rate, so that you are able to compare different mortgages easily.

However, the method isn’t foolproof as it still doesn’t take the types of mortgages into consideration. For example, a tracker mortgage may show a much lower TEG when compared to a fixed rate, but if rates rise in the future this could quickly surpass that of the fixed rate.

Therefore it is always important to look beyond the nominal interest rate and consider whether the mortgage meets your short, middle and long-term needs, and offers you, the borrower, the particular features you require.

Previous Article Practical information: running classic car tours and a B&B
Next Article Living in a Plus Beaux Village