Living in a Plus Beaux Village 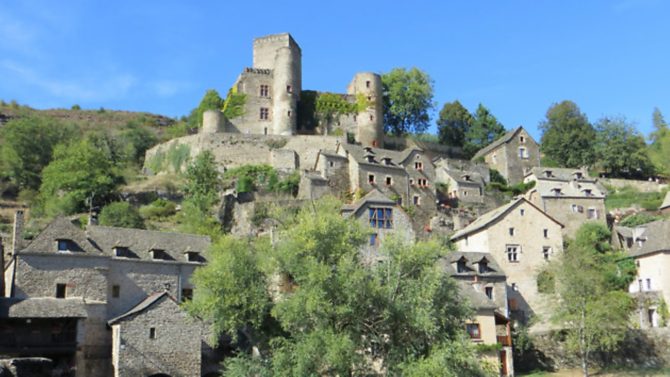 Living in one of France’s Plus Beaux Villages is the ultimate dream for many househunters. Vanessa Couchman explains the practicalities of making it a reality

Who hasn’t visited one of France’s Plus Beaux Villages and thought, “I wish I lived in a place like this”? The 156 small villages that boast this label certainly deserve the title.

The association Les Plus Beaux Villages de France was created in 1982 and exists to promote and preserve small and scenic villages with a particularly rich heritage. Today, member villages are dotted throughout France, across 21 regions and 69 departments, with the greatest concentration in the south. The Aveyron département has no less than 10.

Villages apply to join the association and display the coveted and distinctive badge of membership. They should not have more than 2,000 inhabitants, must have at least two protected or listed sites or monuments and the majority of the council must have approved the decision to apply. The four-stage selection process is rigorous: the association accepts only one in five applications.

What does this mean for people who want to buy a property and live in one of these villages? The Plus Beaux Villages effect can add a premium of 15-20% to the price, according to estate agents. Even so, you can usually find something to suit all budgets.

The process of buying doesn’t differ from other places in France. However, if the property is itself a listed historic building, the vendor must inform the purchaser before the sale and notify the local préfet.

Since these villages are often built on a hilltop, and are normally small and very compact, you are unlikely to find a property with a large garden within the village itself. More often, properties will have a balcony, a terrace or a small garden. This can be an advantage if you don’t want a large acreage to look after or if you are looking for a second home with a low-maintenance garden.

The narrow streets and close-packed houses also put parking spaces at a premium, but it’s possible to find properties with an integral garage or a reserved parking space. Plus Beaux Villages often have one-way systems or pedestrian-only zones, but the town councils want their residents to live without any unnecessary disruption so they usually grant residents exclusive vehicular access to some of the streets.

The main differences arise when it comes to rules for planning and restoration. Look around a Plus Beau Village and you’ll notice an absence of new houses, visible electric cables, aerials and satellite dishes. The whole point is to protect the architecture and character of the village from the intrusion of modern structures and features. This means that the rules about what you can do to the exterior are strict. The council’s plan local d’urbanisme (local plan) identifies the zones that are protected areas, where no new construction is allowed, and then sets out the planning rules that apply within those zones.

Some buildings in a Plus Beau Village – or even the whole village – are very likely to be listed historic houses or monuments. If a property is within 500 metres of one, it comes under the authority of the Architectes des Bâtiments de France (ABF), the government architects who protect all such buildings and monuments in each department. They consider all requests for planning permission, their decision is final and they can impose restrictions on the style of architecture and the materials used.

If a property is outside the 500-metre zone but within an historic zone as defined by the council’s local plan, the ABF can still recommend that planning permission be declined on architectural grounds. It’s up to the mairie to decide but most will follow the recommendation of the ABF.

Naturally, such picturesque villages are tourist hotspots, although some are further off the sightseeing trail than others. During the summer months, they can become very busy and some shops and restaurants open only during that period. Normally, most of the tourists have left by the early evening, since places to stay within the villages can be limited. The winter population of a Plus Beau Village can be a fraction of its summer population, since second homes are popular there. However, the more tranquil mood brings its own charm and means that these communities are close and cohesive.

One of the reasons Plus Beaux Villages are so well preserved is that they are often distant from urban centres. Facilities such as shops and doctors’ surgeries may therefore be restricted or less available outside the summer months. This, of course, applies to many French villages, but while property hunting, it’s advisable to find out where these services are.

Some town councils have made a policy decision to keep certain shops open all year round, as in Puycelsi in Tarn, where Philippe Audard runs the village grocery store-cum-biscuiterie/boulangerie and also provides Post Office services. The town council was keen for him to sell everyday items for locals and also to showcase the regional products on offer for tourists.

There are some practical issues to ponder when considering a purchase in a Plus Beau Village but the reward is to live in a magical setting, steeped in history.

Sally Bradshaw and her husband Richard have owned a house in Najac (Aveyron) since 2007. They live in central London but stay in Najac several times a year. Sally is a singer and singing teacher and gives lessons and concerts at her French home.

“The house bought us,” Sally says. “I already knew Najac, having stayed in the house of some friends here when I was 13. We hadn’t intended to buy a house in France but I wanted to show Richard Najac and someone told us this house was for sale. It took a couple of weeks to decide but we realised we had to buy it.”

The view from the village must not be obstructed by modern structures. Being within sight of the château means no swimming pools are allowed, for example. “That doesn’t pose us a problem,” Sally says. “We had to supply pictures and seek permission when we wanted to install a chimney, since it had to be in the prevailing style of the village.”

What is Najac like in different seasons? “Naturally, there are a lot of tourists in the summer,” Sally says. “But we are not on the route up to the château, so they don’t bother us here. We’re secluded but connected, with good access to the train station, bank, and so on. At Christmas, it’s much quieter and we enjoy log fires and the changed landscape. Najac is no longer the working village it once was but there are a lot of lifestyle advantages and we don’t experience any downsides.”

Ginny and Ross Jenkins live in the fortified hilltop village of Puycelsi (Tarn). They started with a smaller property in the village and then bought their present house right in the centre in 1993. Their terrace has a spectacular view of the Vère Valley.

Ginny was Chief Executive of Action on Elder Abuse and Ross worked in a management role for BT. They moved to Puycelsi permanently in 2002, when Ginny was diagnosed with a serious illness.

“The house was originally five separate houses with about 30 occupants!” Ginny says. “We had to remodel it completely. Exterior changes require planning permission and we could choose from only three colours for the shutters. All the windows have to be craftsman made.”

The Jenkins are leading lights in the restoration of the church, noted for its vivid wall paintings, and organise choral concerts there every September. Ross says, “Puycelsi is a plus beau village because of its history and the quality of its well-preserved architecture. After World War II it was virtually deserted and almost the entire village was for sale in 1951. Now, the whole commune has less than 500 inhabitants. About a quarter live in the village itself.”

“The tourist season lasts from May to September,” Ginny continues. “Outside that, it’s quiet and the best restaurant closes. We can’t have a front garden, since the house opens directly onto a narrow street. Occasionally you get people peering in the windows but the tourists leave by about 9 p.m., which is an advantage for residents.”

“We are lucky that there has always been a grocery store, open all year,” Ross says. “The separate Post Office closed but it’s now part of the épicerie. There’s no doctor’s surgery so we have to go elsewhere but the nurses come to Puycelsi. We are fortunate to live in such a well-conserved place, which has a good community spirit.”