Where to buy a bargain ski property in France 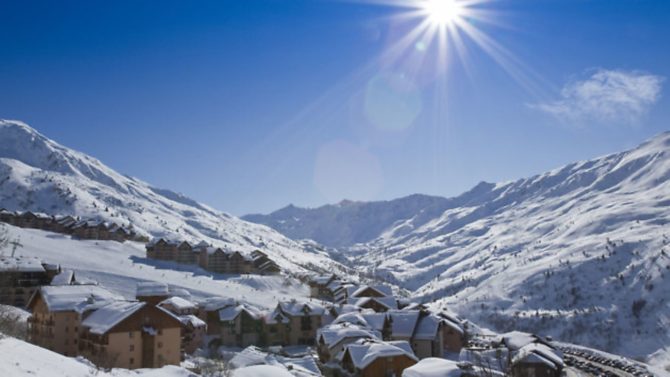 Along with the Riviera and Paris, properties in ski resorts are the most expensive in France. In the Alpine department of Haute-Savoie average house prices are an eye-watering €3,400/m² and apartment prices are €3,758/m², compared to an average of €157,000 (houses) and €2,270/m² (apartments) in France as a whole.

Some of the most expensive ski resorts in the French Alps are:

There are various tricks to finding a more affordable ski property in the Alps though. Apart from the obvious tip of keeping away from the most desirable resorts, you’ll often find that properties further from ski lifts are cheaper, especially if you don’t mind catching a shuttle bus to the slopes. Resorts further down the mountain are generally cheaper too as they’re less snow sure, but on the plus side they tend to be more traditional year-round villages than some of the purpose-built resorts higher up.

How to decide where to buy a ski property

Where can you buy a cheaper property in the French Alps?

La Plagne is part of the Paradiski ski area along with Les Arcs and the two resorts are joined together by the Vanoise Express cable car that spans the valley between them. The ski area offers 425km of pistes with something on offer for all levels of skier, making it a great base for a family ski holiday. There are 70 blue runs, 9 green runs, 34 red runs and 19 black runs varying from 1250m to 3250m. The resort is easy to access as well, the Eurostar ski train runs from December until April and stops in Aime-la-Plagne, just 20 minutes from the resort.

In the heart of the Southern Alps, in the Mercantour Massif, the international resort of Isola 2000, near the Italian border and less than 100km from Nice, provides a ski area with 120km of pistes, which start at 1,800m and go up to 2,610m above sea level. The 42 ski runs are made up of 7 greens, 21 blues, 11 reds and three blacks. Known for its good snow and sunshine, Isola 2000 has everything you’d expect from a major ski resort: kids clubs, restaurants, bars and a snow park; and all about 2hrs from the Mediterranean coast.

Is your French property bargain too good to be true?

The five ski villages in Alpe d’Huez Grande Domain all give access to 250km of intermediate-friendly slopes, with sweeping runs and breathtaking scenery – as well as rustic mountain huts for long lunches. There are 29 blue runs, 41 green runs, 31 red runs and 16 black runs including the Sarenne, the longest black run in Europe.

Once a thriving farming village, Valmeinier had to reinvent itself after the industrial revolution and was gradually re-born as a ski station in the Alps. Nestled in the Maurienne valley in Savoie, the resort is part of the Galibier-Thabor ski area, which comprises 150km of skiing for all levels over 89 runs that start at 1430m and go up to 2600m. Surrounded by trees and perched on the mountainside, this pretty village is far from a purpose-built resort.

Where else in France can you buy a cheaper ski property?

Set within a valley surrounded by Pyrenean peeks, Les Angles upholds its medieval heritage thanks to the little church of Sainte-Marie de Vallsera or even an old medieval castle in town. The ski resort offers 55km of slopes, accessible to all levels and within the breathtaking natural park.

When do the French ski resorts open?

Ax-les-Thermes is the third biggest ski area in the Pyrénées and the last major town before Andorra and Spain. It is made up of three linking but separate resorts, together providing 75km of skiing from 1,400m up to 2,400m. Cross-country skiers should head to the Plateau de Beille, the largest cross-country ski resort in the Pyrénées situated on a large, sunny plateau at 1,800-2,000m and with an excellent snow record. La Beille is also very popular with the French for its walking trails and circuits for raquettes (snowshoeing) which is the fastest growing winter sport in France.

Superbagnères, Luchon’s attached ski resort, is one of the highest resorts in the Pyrénées and forms a natural, sunny balcony, with spectacular views over the Pyrenean range. The resort was built during France’s Belle Époque, when the crowned heads of Europe went from seaside palaces to spa to ski resort and the architecture is suitably grand, dominated by the famous Grand Hotel. The ski area encompasses 28 ski slopes, 138 snow canons, 4km of cross-country tracks and a sledging slope. It is only eight minutes from the centre of Luchon to the slopes via the Télécabine in the centre of the town. After the skiing there is plenty of nightlife, including a cinema, bars, nightclub and a casino making this the premier resort for wealthy Toulousains escaping for the weekend.

Grand Tourmalet is the biggest ski area in the French Pyrénées extending over 100km with 69 pistes and 28 ski lifts, peaking at an altitude of 2,500m. There are 22 blue runs, 16 green runs, 17 red runs and 6 black runs. There are two resorts that make up the area – Barèges and La Mongie. Barèges is a traditional mountain town popular with families, while La Mongie is a modern purpose-built resort offering ski-in/ski-out and a vibrant après-ski scene.

Further north in Bourgogne-Franche-Comté, the department of Jura also offers some great skiing, especially cross-country. The ski area of Les Rousses starts at an altitude of 1120m and goes up to 1680m in the mountains of Haut-Jura, in Franche-Comté, and is accessible from four villages: Les Rousses, Lamoura, Prémanon and Bois d’Amont. This is a small, cosy ski area, which is geared up for families and the slopes are quiet and safe as a result. Skiers can access 50km of managed pistes and there are 220km of cross-country trails if ski de fond is more your thing. There are also a number of free areas here, where visitors can take to the slopes without needing a ski pass.

Surrounded by the volcanic peaks of the Auvergne, Le Mont-Dore is low key; despite also being low altitude, its snow record is impressive. The ski resort is small but links via easy blue runs to the modern Super-Besse ski station, which trebles the number of runs. There are 8 blue runs, 17 green runs, 6 red runs and 1 black runs. Skiing here stretches back a century and, in 1936, Le Mont-Dore was one of the first resorts to introduce a cable car. It is best for beginners and intermediates, but there are plenty of off-piste options which, unlike in the big resorts, take a while to be tracked-out. The village – which you can ski back to in a good snow year, or use the free shuttle bus – is also a spa. You can reach it by train from the Auvergne capital, Clermont-Ferrand.

*all property prices are averages and taken from www.meilleursagents.com in January 2018

Previous Article How will the ‘year of politics’ affect Euro exchange rates?
Next Article Which French cities offer the best investment for property buyers?