UK vs France: What properties can I buy for my budget? 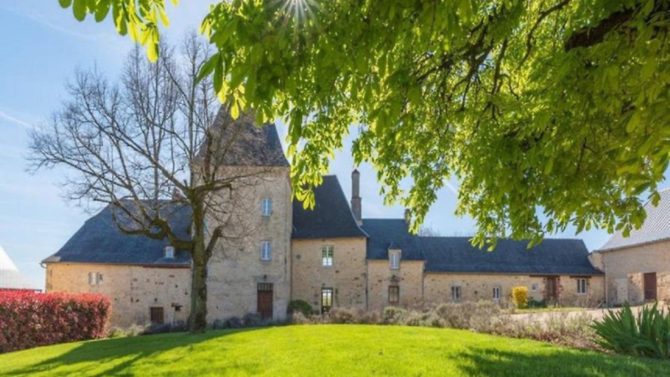 Everyone knows that France is home to amazing bargain properties, but these price comparisons will really put it into perspective.

Of course fluctuating markets and varying prices by location mean it’s impossible to carry out a direct contrast, but to give a more accurate comparison we’ve excluded places like London and Nice where property prices are at a huge premium, as well as sticking to more rural areas instead of cities and large towns where prices are more variable.

Prices have been calculated to reflect the exchange rate at the time of writing.

For the UK, this really is quite a bargain. Although it needs a complete redecoration, the property has a large living room, an enclosed patio garden, and some really lovely views. To top it off, there’s no ongoing chain.

€56,500: A detached three-bedroom farmhouse in Normandy

What a great investment. This stone farmhouse is also in need of a complete redecoration, but here you also get three barns, a workshop, a second attached house to renovate, and almost an acre of land.

For sale with Belle France Property.

For an inexpensive family home this ticks lots of boxes. On the edge of a village, the house is ready to move into and has spacious living areas, a small enclosed garden, but no parking space.

€116,600: A three-bedroom character cottage in Mayenne

This pretty 15th-century cottage contains original features and is beautifully decorated. There are three bedrooms, two bathrooms, a study, an outbuilding and a lovely garden laid to lawn with flower beds and a dining area. The village bakery is nearby.

For sale with La Residénce.

For slightly less than the average price of a house in the UK, you could own this newly built house in Swaffham. The buyer chooses their own units, surfaces and floors, there’s a downstairs WC, an ensuite master bedroom, a garage and a manageable garden.

This large charentaise is immaculate, and would make a wonderful family home. It has five bedrooms, three bathrooms, a study, a laundry room, a summer room containing a Jacuzzi and shower, a barn, a hangar and 1.5 acres of gardens! It’s even within walking distance of the village shop.

For sale with CIC Ruffec.

This comfortable four-bedroom home enjoys a rural setting overlooking a river and is within easy reach of the pub. With two reception rooms, an ensuite master bedroom, a good-sized garden and plenty of parking space, it’s a great package.

This listing in Lot would be perfect for anyone looking to run a holiday let business. The main house is stunning and oozing with character and the gites currently provide a good annual income. Outside there’s a terrace, large pool, and acre of land and fantastic views. It’s just a short cycle to the lovely traditional village.

For sale with Beaux Villages.

This picture-perfect thatched cottage is in a sought-after location and has three reception rooms, three double bedrooms and a large kitchen, all in lovely traditional country style with beams aplenty. It comes with a large rear garden.

This is where the differences start to get a bit out of hand. This medieval castle set in 3.7 hectares of parkland was gifted by the Sun King as a token to his royal mistress. As a medieval castle should, it comes with battlements, dungeons and an escape tunnel, as well as magnificent interiors including 13 bedrooms. If one enormous property isn’t enough, set within the grounds is a 14-bedroom coach house, as well as a two-bedroom cottage being sold fully furnished. A chapel, stables and barn round off the rather incredible package.

For sale with Agence Newton.

£700,000: A seven-bedroom period property in Shrewsbury

In the UK £700,000 could buy you this gorgeous detached period property on the edge of a popular village in Shrewsbury. Along with the seven large bedrooms there’s a variety of reception rooms and a large country kitchen, all in traditional style with exposed beams. Outside there is a large garage and four acres of land including gardens, terraces and a paddock.

For roughly the equivalent of £700,000 is this impressive three-storey mansion 20 minutes from Narbonne. Within walking distance of a village, the property is surrounded by mature gardens with fabulous views, orange and lemon trees, a pool and a courtyard with a fountain. The house itself has 10 bedrooms, five bathrooms and numerous reception rooms, filled with ornate decorative elements.

For sale with Real Estate Languedoc.

Our six-figure pick in the UK is a magnificent detached home in a peaceful countryside location. The house has six bedrooms, four bathrooms, and fabulous additional features including a gym, sauna, games room and Orangery with a summer kitchen. The listing includes a 2.75 acre plot consisting of mature gardens, a patio with hot tub, children’s play area and an orchard. There are also two paddocks and equestrian stabling facilities.

This beautiful old property sits in an enormous 14-acre plot and enjoys breathtaking views over the countryside as well as two swimming pools. The house has 11 bedrooms, five of them with ensuite bathrooms, and is in excellent condition, offering great B&B or hotel potential. Among the impressive rooms are a wine cellar and games room, and the property also comes with a small guest house.

For sale with Agence Eleonor.

Bag a French property bargain in the January sales

Previous Article Win a fantastic French island holiday and ferry crossing with Sunêlia and Brittany Ferries
Next Article How easy is it to be vegan in France?