How easy is it to be vegan in France? 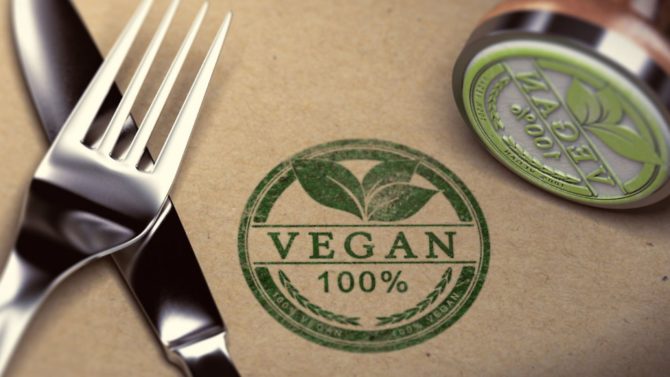 The vegetarian and vegan market in France grew by 24% in 2018 according to a recent study published by the French research institute Xerfi, and was estimated to be worth €380 million. The study also showed that 2% of the French population are now vegetarian and 0.5% vegan, while flexitarians make up around a third of the population. Xerfi forecasts annual growth rates of 17% for the vegetarian and vegan market in France for the period from 2019 to 2021, resulting in an estimated market value of more than €600 million by the end of 2021.

In 2019, France was in the top 20 countries that took part in Veganuary, a non-profit organisation that encourages people to try a vegan diet for the month of January and beyond. More than 250,000 people from 159 countries took part in 2019 and 350,000 people across the world are expected to take part in 2020.

Paris also took 11th place on Lonely Planet’s latest list of the top 20 cities with the best vegan restaurants and there’s no shortage of places to eat out in the French capital, from delicious pastries at the city’s first vegan pastry shop, VG Pâtisserie to gourmet plant-based cuisine at the family-run Le Potager de Charlotte.

So, with veganism on the rise in France, it’s easier than you might think to follow a vegan diet in a country famed for its meat-based dishes and over a thousand varieties of cheese. Here are some classic French foods that are naturally vegan plus three pioneering alternatives to eggs, cheese and even foie gras.

A speciality from the south of France, socca is a popular street food in Nice and has been sold around the Rivera town for over a century. Traditionally baked on a pan in much the same way as a crêpe but healthier than a pancake, socca is made from chickpea flour, olive oil and water which are stirred together to form a batter. Not only is it naturally vegan but the use of chickpea flour means it’s gluten-free too.

It’s arguably France’s most famous foodstuff and no French meal would be complete without it. And the good news is that you won’t have to sacrifice your enjoyment of a crusty fresh baguette while embracing a plant-based diet. The 1993 Décret Pain – yes, bread is so important in France it has its own law – states that traditional baguettes can only be made with four ingredients: flour, water, salt and yeast, with no preservatives or additives allowed.

Another culinary speciality of Nice in Provence, this classic stewed vegetable is a great way to get your five a day. The main ingredients are tomatoes, onions, courgettes, aubergines, peppers and garlic, and it’s a lighter option if you’re counting the calories in January after the excesses of the festive season. You can find a recipe here.

A play on the words merveilleux (marvellous) and oeufs (eggs), this vegan egg prototype has been created by French biologists Philippine Soulères and Sheryline Thavisouk as part of a project at the Ecole de Biologie Industrielle in Paris. It took more than 50 test recipes and three years of research but the duo have managed to create an egg alternative that has a distinct white and yolk and even comes in its own shell, unlike other alternatives already on the market.

In 2018, French start-up Tomm’Pousse swapped cows’ milk for cashews to make Camemvert, a vegan alternative that is aged – and mouldy – like traditional Camembert. The name incorporates the French word vert (green) into the name of the famous cheese from Normandy, and cashews are mixed with water to produce a puree that replaces the milk. There are three varieties available: natural, sage, and black garlic.

Venezuelan-born Mary Iriarte Jähnke has been making vegan cheese with her husband for years and opened Jay&Joy, France’s first all-vegan cheese shop in Paris. Since then she has also developed a plant-based yoghurt made from rice and the cleverly named Joie Gras, a vegan alternative to the classic – and controversial – foie gras that is made using cashew nuts.

Previous Article UK vs France: What properties can I buy for my budget?
Next Article Heston Blumenthal on the French restaurant which inspired him