Heston Blumenthal on the French restaurant which inspired him 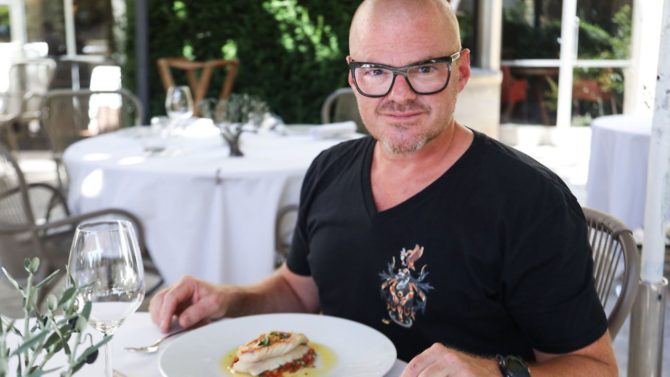 In Heston’s Marvellous Menu: Back to the Noughties, the star chef reveals how a holiday to France first sparked his passion for food

In his latest show for BBC Two, world-renowned chef Heston Blumenthal turned back the clock on his three Michelin star restaurant The Fat Duck to create a magical feast.

The nostalgic documentary is narrated by restaurant critic Giles Coren who praised Heston’s rebellious culinary approach for pushing the boundaries of British cuisine.

After more than two decades as one of the world’s most influential chefs, Heston has recently moved to the south of France with his young family, to the Parc naturel régional des Alpilles in Bouches-du-Rhône.

“After 25 years of blood, sweat and tears I’m happier here, being somewhere I can focus on what I love doing,” he explained.

“In order to build the business I had to become the hamster on the wheel and my life became so distracted. I needed to cut the pressure. I’m now in another chapter of my life.”

Heston is still as passionate as ever about cooking and food and carries out experiments from his home in Provence where he has a development kitchen and laboratory.

In fact, he credits his life-long interest in experimental cuisine to an experience he had at a restaurant in France many years ago which he says “changed the course of my life”.

In 1982, a 16-year-old Heston was on holiday with his family in the south of France when they came to eat at a Michelin star restaurant, L’Oustau de Baumanière in Les Baux-de-Provence.

Heston recalls: “It was the first Michelin-starred restaurant I’d been to and I think it might have been my parents’ first – I didn’t know what an oyster looked like.”

He added: “I’d never experienced anything like it before. I just let go and that’s when cooking and food got into my blood.”

Crucially, it wasn’t just the exquisitely prepared food which made an impression on the young Heston.

“I can remember this intoxicating smell of lavender, the noise of the crickets, the delicate crunching sound of the waiting staff’s feet on the gravel,” he said on a return visit to Baumanière, which is now a Relais & Chateaux hotel and two star gourmet restaurant.

“This restaurant was where I discovered that eating was multisensory.”

It would be several years before Heston went on realise the dream of owning his own restaurant. At the start of his career, he shunned the traditional chef’s training route, teaching himself to cook. The only time he worked at someone else’s restaurant was a week he spent with French chef Raymond Blanc.

Heston initially worked as a photocopier salesman and in repossessions until he’d saved enough money to buy a rundown pub in Bray, Berkshire which would become The Fat Duck.

For Heston’s Marvellous Menu: Back to the Noughties, Giles challenged Heston to take his restaurant back to 2001 in order to recreate the tasting menu which catapulted him to fame.

He had to reassemble his old team from The Fat Duck which included Garrey Dawson, Derek Creagh and Ashley Palmer-Watts, who also oversaw the opening of Dinner by Heston Blumenthal in London in 2011.

The menu for the celebration included Heston’s classics from the era including orange and beetroot jelly, nitro green tea and lime mousse, jelly of quail with chicken liver parfait, crab risotto with crab ice cream, triple cooked chips and of course, bacon and egg ice cream.

Previous Article How easy is it to be vegan in France?
Next Article Win! Mozart in Paris by Frantz Duchazeau