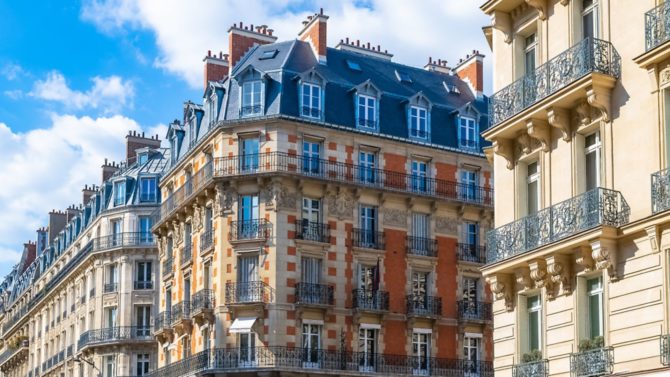 We all know that Paris prices are extortionate, but how much are people really willing to pay?

After a recent news story emerged about a central Paris studio flat of just 30m2 being put on the market for almost €1m, it’s clear that Paris property prices are as astronomic as ever, and that a lack of space is no deterrent when it comes to finding the perfect location.

In fact, Le Figaro compiled a selection of some of the ‘broom cupboard’ apartments which are increasingly appearing on the market in Paris, including a 5m2 listing in the popular Montorgueil area, which has just enough space for a bed and a small washroom – hopefully the future buyer is a fan of eating out rather than cooking. It’s on the market for €90,000, equating to a wince-inducing €18,000/m2.

These cupboard apartments might do for someone who wants a quirky ‘tiny home’ to run as an Airbnb, or something similar, right in the centre of Paris, just a 12-minute walk from the Louvre. But what about living in comfort and style in the 1st arrondissement?

French real estate website Seloger estimates that the prices of luxury housing in the 1st arrondissement (the area on the right bank of the Seine, which includes the Louvre, the Jardin des Tuileries and the Palais Royal), can cost anywhere from €12,500/m2 to a whopping €35,000/m2. For example a luxury apartment on the Place Vendôme, with two bedrooms, a balcony and plenty of sumptuous character features including fireplaces and parquet floors, is currently on the market for €1,950,000, which works out at €30,000/m2. A 25% difference in price between two apartments of the same size both in the 1st arrondissement, could come down to details as small as the street, ceiling height and common areas, according to Catherine Callèd, director of The Place to Be, who visits properties on behalf of clients based abroad.

While it’s clear that central Paris prices are as high as ever, what of the market as a whole? Property prices across the city continue to grow year on year although there was a slight decrease in the level of growth last year: prices increased by 6.6% in 2018, and the rate slowed a little to 5.7% last year, according to SeLoger. As things stand, Paris property costs an average €10,767/m2 – a useful marker might be to compare that against Lyon, where apartments cost an average of €4,570/m2, and Nantes, where the average is €3,340/m2 (according to data from Notaires de France).

Among the most significant issues brought on by these property prices is firstly that Parisians are being priced out of their city – around 10,000 leave every year in search of more affordable prices, seeing as the vast majority will never be able to buy in their home city. Another issue is the absence of a sale market for middle-class families. Candidates for the forthcoming Paris mayoral elections (on 15 and 22 March) have been voicing their ideas on how to appraoch the issue, including proposals to give Parisians priority over commuters and developign social housing for the middle classes.

Current mayor Anne Hidalgo has spoken of raising €20bn to help middle class families find homes in the city, as well as unveiling a ’15-minute city’ plan to make Paris more liveable, ensuring that all citizens live within 15 minutes of neighbourhood amenities.

Paris without the price tag

But what about expats who are looking to move to the French capital, for job reasons or otherwise/ Well there are plenty of more affordable options if you’re happy to travel for longer than 20 minutes to reach the centre. One option is Val-de-Marne, the department just south of the Bois de Vicennes and less than half an hour train ride from the Gare de Lyon. There are plenty of attractions here and properties are priced reasonably – you could pay between €300,000-€400,000 for a three-bedroom house. THe only catch is that due to the excellent location benefits, bargains are like gold dust.

A more reliable bet might be the larger department of Yvelines, which sits to the west of Paris, extending outwards from Versailles. Here it’s possible to enjoy the scenic natural surroundings of the Parc National Régional Haute Vallée de Chevreuse, or, in the north of the department, the Parc National Régional du Vexin Français. Yvelines also hosts some great international schools adn rail connections,easily possible to reach the centre of Paris in less than an hour. Properties in the department are slightly more plentiful, and you can pick up a beautiful three-bedroom home for less than €300,000.

Click the link below to explore the range of properties in and around Paris at France Property Shop.

Clever ways to save money on life’s essentials in France

Previous Article Public transport in France: can you get by without a car?
Next Article The prettiest houses for sale in France right now