Public transport in France: can you get by without a car? 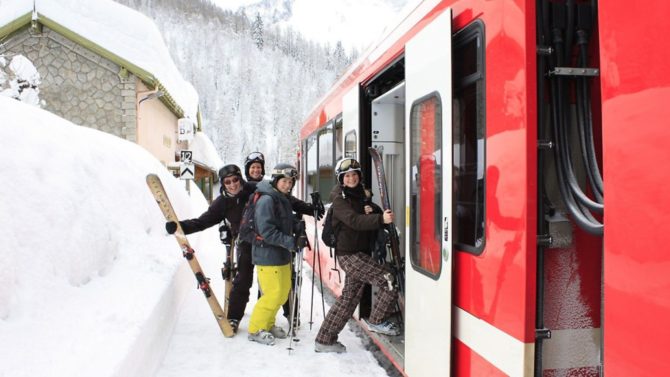 Did you know you can cross France by train for as little as €10? Whether you’re going on holiday or living there, here’s our guide to getting to, from and around France without a car

Space is one of the things we Brits love about France. Unspoilt countryside and quiet roads are particularly attractive to househunters from England where the population density is almost four times that of France. The flipside is that many people are reliant on their cars. A recent report by France’s transport watchdog found that public transport journeys in rural France take five times as long as equivalent car trips on average. But what if you can’t or don’t want to drive?

You certainly don’t need a car to get to France. The UK has flights to more than 30 French airports and Eurostar runs hourly trains out of London St-Pancras that get you to Paris in under 2.5 hours. Foot passengers typically pay less than a quarter of what motorists pay to be ferried over the Channel, and St-Malo, Cherbourg, Le Havre, Dieppe and Calais are all on the rail network, while Roscoff and Ouistreham (Caen) ports have buses to the major train stations at Morlaix and Caen respectively.

For the budget traveller, Eurolines has regular coaches from London to Paris and beyond for as little as €28 one-way, though the journey from capital to capital takes almost 10 hours.

Don’t live in the London area? No problem. On travel website raileurope.co.uk you can plan journeys from any station in the UK to any station in France. Just put your starting station and destination into the website, make sure the currency is set to British pounds and it will flag up both the cheapest route and fastest. With Megabus or National Express coaches, you can travel to London from pretty much any UK city for less than £10, while websites such as splitticketing.com have sprung up to help travellers find cheaper UK train fares.

Eurostar doesn’t just sell tickets from London and Kent; you can book a ticket to Paris from over 100 UK towns and cities. Eurostar negotiates special rates with the UK train operators so, according to rail advice website seat61.com, this is often your cheapest method, even though you can’t factor in a railcard and booking opens only three months in advance compared with six months for normal Eurostar tickets. To use this option, make sure you are on the UK English version of the Eurostar site. Eurostar recommends travellers book at least 120 days in advance to get the cheapest tickets, with midweek trips from London to Paris available for as little as £29 one-way. Look out for special offers and, for last-minute trips, consider using Eurostar Snap which gives you a discount in exchange for letting Eurostar pick the train time on your chosen date.

Getting to your French property

If you’re looking for a home that you can reach without a car, study the rail network map produced by SNCF, France’s state-owned railway company. As you can see, France has some 3,000 train stations on 30,000km of track, of which 2,600km can carry high-speed TGVs (trains de grande vitesse). To give you an idea, a TGV from Paris can reach Bordeaux in just over two hours, Toulouse is under 4.5 hours and Nice in under six hours. The other types of trains are Intercités (less direct than TGVs) and TER (trains express régionaux) which are short-haul trains.

You can plan journeys on raileurope.co.uk (referred to above) or alternatively on the English version of the SNCF website. Of course, just because your favoured town has a station doesn’t mean it’s going to be a breeze to get there. It could be that trains and buses will be infrequent and involve lots of connections and stops, so check an online journey planner first.

An exciting development for long-distance travellers is the no-frills TGV service Ouigo, which lets you cross France at high speed for as little as €10 for adults and €5 for children. So far it links Paris to 20 towns and cities, including Angoulême, Aix-en-Provence, Bordeaux and Toulouse. If you’ve booked a Eurostar ticket from your UK hometown to Paris, this could be a cost-effective way to continue your journey to within a short distance of your French property. The French Riviera is particularly well served; the Occitan Riviera less so. Be aware also that while fares are low, Ouigo trains are less frequent and flexible than normal TGVs and there’s no buffet car.

Coaches are an increasingly popular affordable alternative to French trains, although journey times are usually longer. There are two major players: Flixbus and BlaBlaBus. Flixbus is a German coach company connecting eastern French cities with Germany, Belgium and the Netherlands. But Flixbus also owns Eurolines which connects some 70 French towns and cities to each other and the rest of Europe. These include some relatively small places such as Tulle and Ussel in Corrèze and Saintes and Rochefort in Charente-Maritime. Check out the Eurolines network map to see if your town is served.

BlaBlaBus is the new name for the long-distance bus service previously run by SNCF under the name Ouibus and in fact you can still find BlaBlaBus journey times and prices on the SNCF online journey planner. The service connects towns and cities nationwide.

BlaBlaBus is so-named because it is owned by BlaBlaCar, a company that offers long-distance car-pooling (covoiturage). Particularly popular in France where it was founded 10 years ago, BlaBlaCar offers a kind of secure hitchhiking by putting travellers in touch with drivers doing the same trips. Passengers can check the drivers’ profiles, ratings and reviews. Journeys are insured and there is a Ladies Only feature for women who want to travel in all-female cars.

Retire to France: how to lead an active later life across the Channel

Getting to your ski property

In most ski resorts you don’t need a car, but getting there often involves airport queues airport and tedious transfers. Travelling by train can be faster and much more relaxing, advises ski journalist Daniel Elkan. Ten years ago he set up the website snowcarbon.co.uk to make it easier for people to plan ski holidays by train. “Flights to the Alps look quick but they can easily take 10 hours or more with all the waiting in the airport and the drive at the other end along busy and single-lane mountain roads,” says Daniel. “But on a train from London, you can sit back with a glass of wine and watch the scenery go by, then arrive at a station, sometimes in the resort itself, and if not then typically with a transfer time of only 15-50 minutes.”

Here are some examples of journeys you could take, says Daniel:

Getting around the local area

Rural railway lines have been the Cinderellas of France’s train network in recent years. However, the current government seems queasy about axing loss-making routes given the climate emergency and the recent Yellow Vest backlash.

Of course, it helps if you live in a city or town, within walking distance of amenities. Many urban centres have excellent bus, tram and metro networks and fares tend to be reasonable. In fact public transport is free in some 30 towns and cities, including Niort in Charente-Maritime, Gaillac and Castres in Tarn, Figeac in Lot and the Loire-Atlantique beach resort of St-Brevin-les-Pins. Indeed free public transport could soon become a reality across France, depending on the outcome of a public consultation by the French parliament.

One part of France with excellent transport links is the Côte d’Azur. Gregory Singer lives in Nice and navigates the city by bus and tram when not exploring the coastline by bus and train. “Eventually the trams will go all the way up to Menton and down to Cannes,” he said. “Nice Airport is easily accessible by tram and bus and walking, and the TGV goes directly to Paris.”

Further east, between Montpellier and Avignon, is Nîmes, a city of some 150,000 people and known for is well-preserved Roman amphitheatre. Australians Chad and Jan Allison recently moved to the city and have so far not bought or hired a car. “Nîmes has fabulous train and bus systems that get you to Avignon, Arles, Montpellier and also to the famous Pont du Gard,” said Chad. “Today we traveled to Arles and it was 55 minutes on the bus at a cost of €1.50 per person and we returned to Nîmes by train and the cost was €4.50 per person and took 25 minutes. We have also caught the T1 out to the big shopping complex. Public transport is very safe, and the bus drivers are very welcoming and polite, and don’t seem stressed.”

Of course, eschewing car ownership does not mean you can’t make use of a car from time to time. Whereas French taxi fares, especially airport transfers, tend to be high (though on a par with the UK), car hire can be surprisingly cheap and car-pooling schemes are springing up on a local level as well as via international platforms such as BlaBlaCar.

One of the great advantages of France’s spread-out population is the vast number of quiet roads and barely used country lanes, making cycling a relatively safe and pleasant way of getting around. Central Brittany, for example, may not be well served by bus and train services, but it has hundreds of miles of traffic-free cycle path. In fact there are more than 22,000km of dedicated cycle routes and greenways in France.

Not a fan of pedal power? Don’t knock it until you’ve tried an electric bike, the new generation of two-wheelers with rechargeable batteries that can propel you along at up to 20mph. It could give you the oomph you need to enjoy a car-free life in France.

Previous Article Vive le vélo! 7 things we learned about France while putting together the April issue of FRANCE Magazine
Next Article Eye-watering property prices in the heart of Paris (and more affordable options nearby)