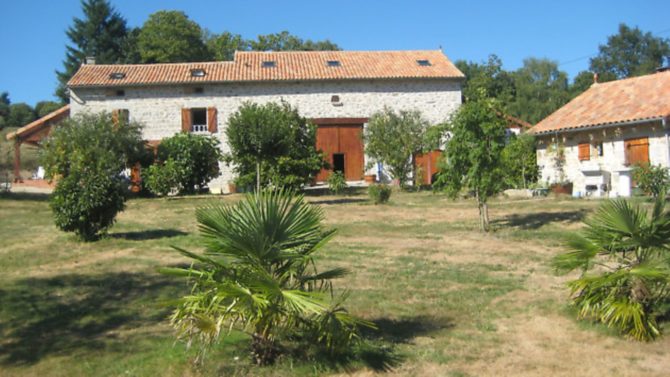 In the final part of the series, Rachel Johnston looks at the fermette, the bastide and the maison aux colombages

With farming so much the mainstay of France’s economy in years gone by, it’s not surprising that the country’s rural areas are liberally scattered with old farmhouses in varying states of repair. They make idyllic and generally affordable properties if you yearn for country life, whether you have horses or livestock in tow or simply wish to tend a vegetable patch and enjoy the fresh air.

The term corps de ferme is used loosely to describe a group of farm buildings (to include main living quarters, granary, barns, stables and/or courtyard), while ferme can denote a standalone farmhouse as well as an actual working farm.

The term fermette describes a smaller farmhouse – often more comparable to an English cottage – typically built in stone. It is often accompanied by outbuildings such as granges (barns) and a porcherie (piggery) and a bread oven and well are also common. Many also come with a reasonable amount of land, although typically much less than would have originally belonged to the property, as it would have usually been sold off over the years as separate building plots.

The original owners of a fermette would have been largely self-sufficient with their own livestock: perhaps three or four cattle, a number of pigs, ducks or chickens and a potager (vegetable garden). Going back only 40 or 50 years, this was still very much the way of life in largely rural, undeveloped regions such as Limousin, where two of the examples above are located.

In today’s property jargon, however, the term fermette does not even necessarily denote a building that was part of an actual farm – it can simply be a house that has been built or restored in a rustic style – but it still evokes a particular rural ideal that is perenially popular with British househunters looking to escape the rat race.

Even the more luxurious examples retain a charming rustic appearance despite their modern accoutrements.

The term ‘bastide’ in France is perhaps most widely used to describe a fortified medieval town built in the 13th or 14th centuries, intended to provide a safe home for those displaced as a result of the Albigensian Crusade. It is normally situated on top of a steep hill, with stone walls and gateways just wide enough to allow a cart to pass through, that can be closed to ensure the security of the people within.

Examples of bastide towns include Cordes-sur-Ciel in Tarn and Monpazier in Dordogne. Their practical grid layout is typically centred around a market square, which was the hub of trade and the focal point for residents and visitors alike. Local farmers benefitted from the demand for their produce at the market.

It was the wealthiest of these farmers that lived in a bastide property, a style of detached, stone-built house found as far west as Aquitaine and as far east as Provence (but always in the south of the country) that shares similarities in appearance with the town of the same name. It tends to be rural but not isolated, neatly straddling the gap between middle-class residence and a working farm. In the 19th and 20th centuries, its use was expanded to become a summer retreat for wealthy local citizens, who could supervise the farming on site and escape the heat of town at the same time.

Like the bastide town, the bastide property has a practical, methodical layout, and its features are generally square with the roof tiled and almost flat. Some examples also have archways at ground level leading to garages or verandas, reminiscent of the archways or arcades common in bastide towns.

There are some important distinctions to be made between the bastide and the mas. The latter was usually built in a hollow near a spring, while the bastide was elevated on a hill from which it could command its surroundings. Its original owner would usually have been wealthy enough to have water piped in if necessary.

While the mas tends to be built of rough-hewn stone, the bastide generally has a more refined appearance, the stone often covered with a cement and lime wash in a variety of colours. Its windows tend to be symmetrically placed around a central entrance (similar to the layout of the maison de maître) and first-floor balconies are common.

Colombage means ‘half-timbering’, a popular building style that can be seen in many other European countries, including the UK with the architecture of Tudor times. Examples can be found everywhere in France, but they are most heavily concentrated in the northern and eastern regions of Normandy, Brittany, Burgundy and Alsace.

Importantly, colombage design can be displayed on houses of all types (the longère, the fermette, the Charentaise, for example), so it is less a standalone ‘style’ and more a general architectural feature. That said, rows of elaborately half-timbered houses have become iconic in cities such as Strasbourg, Rouen, Rennes and Dinan, and the design has thus come to be considered as a unique style in its own right.

The framework of this type of house is visibly wooden, using struts or supports of around 10cm thick, with gaps of around 20cm between each one. These gaps are filled either with brick or a lighter material such as torchis (cob, consisting of wet clay combined with straw, sand or animal manure according to local practice) or plaster.

The torchis, if used, is traditionally covered with a render made from lime and sand. In fact, some colombage frameworks are entirely covered by the render – but on the whole the timbers were considered part of the aesthetic and were therefore incorporated into the building design, rather than purely providing structural support.

There is a differentiation to be made between colombage and pan de bois, which is the colloquial French name for full timbering, as opposed to half.

Restoration of a colombage property can be a particularly involved process, especially if the wooden structure itself is weak – and it can be challenging to add new struts without altering the time-worn beauty of the existing wood.

One solution is to add a new beam across the top of the colombage structure to support the roof, thus rendering the colombage itself non-supporting and purely decorative.

Missed the first or second parts of our property styles series? Read part one here and part two here.