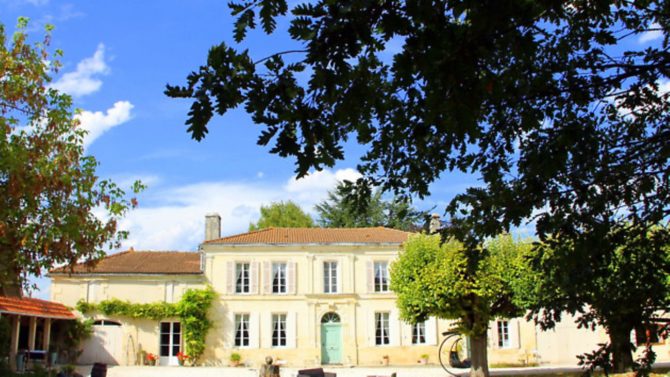 In the first of a three-part series, Rachel Johnston looks at the longère, the maison de maître and the château

One of France’s most traditional house styles, the longère is, as its name suggests, a distinctly ‘long’ building erected in a rectangular shape and typically 20 to 30 metres in length. Longères are most common in Brittany, but as they were usually built for agricultural use, this is not merely a coincidence. The region has always been seen as a major food producer for the rest of France and, being a peninsula, has more access to the sea than any other region. An increasing number of farmers and fishermen working in Brittany required a place to live and, as the simplest and least costly form of architecture (just four walls and a roof), the longère proliferated.

Sections of the building would be devoted to different uses: the storage of agricultural produce, the housing of livestock and – typically in the centre – the owners’ or farmworkers’ living quarters. They could thus be very much regarded as houses of ‘multiple occupancy’ as well as family dwellings. The house was usually built with the elements in mind, in a dip in the landscape with its back facing the most likely wind direction, and conceived as a one-storey building with an attic space. This could be used to store food as well as straw for the winter months, and would also have acted as an effective insulator – but in many renovated longères it has been converted to offer additional accommodation, making use of Velux or dormer windows.

Over time, the need for manual labourers diminished and thus the buildings that housed them became redundant, so there are many longères that have suffered long-term neglect and are ripe for renovation. Traditional, locally available materials such as granite, slate and timber were used for construction, making the building a true representative of the French country economy.

Although Brittany has the highest concentration of France’s longères, they can also be found in Normandy, Pays-de-la-Loire, Limousin and other western regions.

Translating as ‘master’s house’, the maison de maître is an elegant bourgeois mansion of 18th- or 19th-century origins that would originally have been the home of a squire or other minor landowner. It is not unique to a particular region of France, nor is it exclusive to a town or village setting, but its symmetrical facade with central front door, tall sash-style windows, shutters, and gently pitched roof supporting chimneys make it instantly recognisable. Behind their stately facades, maisons de maître typically have evenly proportioned interiors with high ceilings. There are often four main rooms on each floor, the ground-floor reception rooms opening off a central entrance hall and each offering a similar style and footprint, where the original gentleman owner would receive and entertain visitors.

In addition to its existence as a status symbol, the maison de maître had a strong connection to farming as its owner typically lived off agricultural rents. It thus often had an attached or accompanying farmstead occupied by tenants, which it typically faced across a courtyard to the rear. After the Revolution, the main house became the property of active farmers and vintners, rather than just landowners.

The maison de maître should be differentiated from the gentilhommière and the manoir, although the three terms are often used interchangeably by owners and agents. Gentilhommières (‘gentilhomme’ meaning ‘gentleman’) tended to mimic town fashions rather than local building traditions, built and owned by bourgeois landowners that had little or no involvement with farming – hence they tend to lack the accompanying outbuildings that would have been necessary to a farm. A variation of the gentilhommière is the chartreuse, a one-storey house flanked by pavilions and commonly found in rural positions in Gascony.

The manoir, which can be directly translated as the English ‘manor’, was originally occupied by a man of rank – a lord, for example – but it was built on a more intimate scale than the other main aristocratic home, the château. Manoirs are always sizeable and located in the countryside, but they were originally little more than a grand farmhouse. Finally, the maison bourgeoise is similar to the maison de maître in its elegant appearance, but does not have quite the same standing. Maisons de maître make excellent family homes for the discerning buyer; they tend to have generous proportions while remaining ‘homely’ and not costing a fortune to upkeep.

The term ‘château’ in modern parlance can refer to a wide range of buildings in France, but the common – and acknowledged – denominator is its grandeur and prestige. Whether it’s a country residence surrounded by an estate or domaine or a moated, turreted seat with royal connections, the term applies – but it is helpful to recognise its subtle variations. Although the 18th-century origin of the word ‘château’ is ‘chastel’, a distinction should be made between ‘château’ and ‘castle’. The former is frequently mistranslated as the latter, when in fact the appropriate French equivalent is the château fort. Castles were built primarily for defensive purposes and can date back as far as the 10th century, identifiable by attributes such as arrow slits, battlements and fortified walls to withstand sieges.

By the late 15th century, military emphasis had given way to a desire for comfort, and power was symbolised instead by opulent display. The area of France perhaps most synonymous with châteaux de plaisance is the Loire Valley, where over 300 palace-like buildings either cling to the banks of the River Loire or radiate out from it. Most of these are listed as monuments historiques and attract thousands of visitors every year. The Loire Valley is easily accessible from Paris and such buildings were used as lavish summer residences outside the capital, often situated at the centre of hectares of parkland providing both security and sporting opportunities.

After the Revolution, the term came to describe any grand country house, but especially if it was resplendent with towers and set in a landscaped park. These can often resemble the maison de maître with elegant, symmetrical facades, only often of greater width. Features can include elaborate stonework and cornicing, and sometimes integrated staff accommodation. A château can also be a winemaking property, found across all of France’s wine regions with large concentrations around Bordeaux and in Provence and Languedoc, and popularised by films such as A Good Year. The château featured as Russell Crowe’s sprawling inheritance is in fact Château La Canorgue, situated at the heart of the Luberon in western Provence and open for public tours.

The term ‘petit château’ is used to describe a residence with all the impressive architectural detail of a château but one that is slightly smaller in size, while a maison forte signifies any type of house designed with a degree of security and defence in mind, where the term ‘castle’ is not appropriate.