Travel to Tours: A guide to the Indre-et-Loire capital 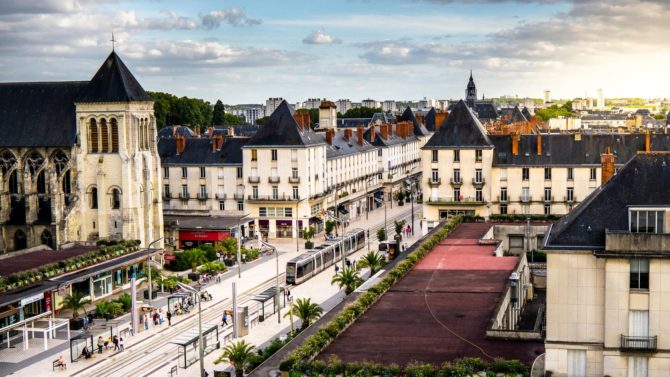 Sandwiched between the Loire river to the north and the Cher river to the south, Tours is the largest city in the Centre-Val de Loire region of France. During the 15th and 16th centuries it was the capital of the Kingdom of France, and today its medieval district Vieux Tours shows the wealth of its history. Tours has a population of 136,463 and its inhabitants, named Tourangeaux, speak the most neutral and standard form of French, it is often claimed.

For a couple of days in 1940, Tours was the temporary seat of the French government before its move to Bordeaux. German incendiary bombs caused a fire which blazed out of control from 20 to 22 June and destroyed part of the city centre. Certain architectural masterpieces from the 16th and 17th centuries were lost, as was the monumental entry to the city. However, the Gothic Cathédrale St-Gatien has a magnificently decorated flamboyant facade and can be seen just a short walk south of the banks of the Loire.

In the centre of the old town you’ll find the famous Place Plumereau, considered the most beautiful place in France to have a drink at with its half-timbered houses. It’s perfect for sipping an apéro before taking a stroll in the Prébendes d’Oé garden or visiting the Touraine Wine Museum and the Museum of Fine Arts. The light trail, Parcours Lumière, guides you through the highlights of the Val de Loire touristic capital both in summer and winter months.

Rillettes de Tours is a pulled pork meat spread that is cooked slowly in a pot of pork fat and usually flavoured with Vouvray, a white wine with AOC certification in Indre-et-Loire. The special nougat de Tours cake is a pastry with almond macaronade, topped with candied fruit and apricot jam and popular in the area. Another of the region’s gastronomical delights is a fouace, a brioche bread filled with beans and rillettes.

With an average property price of €2,390/m2, higher than the average of its Indre-et-Loire department which is currently €1,860/m2, it’s fair to say that Tours has its attractions.

3 day-trips by train from Paris