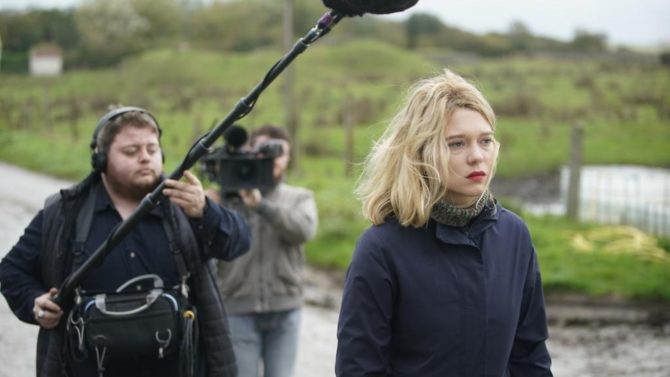 The most exciting film event of the year for UK fans of French movies returns for its 29th edition from 3 November until 15 December 2021.

This year the French Film Festival UK will take place at over 30 top independent cinemas as well as online to ensure as big an audience as possible is able to enjoy the stellar line-up.

Opening the festival on 3 November is Bruno Dumont’s On a Half Clear Morning (France), starring Léa Seydoux. After a star turn in the James Bond flick No Time to Die, Seydoux plays a troubled celebrity journalist in Dumont’s gripping drama. The film will have its UK premiere in London’s Ciné Lumière, the Art Deco cinema in the French Institute, before showing in Aberdeen, Belfast, Birmingham, Dundee, Edinburgh, Glasgow, Lewes, and Stirling.

There are plenty of other big name talents to catch, including Isabelle Huppert in Thomas Kruithof’s first film Promises; Juliette Binoche, who goes undercover in Emmanuel Carrère’s Between Two Worlds; and spy comedy Bond spoof OSS 117: From Africa with Love with the ever-suave Jean Dujardin.

Young Francophiles are treated to their very own Learning programme, taking place across schools and cinemas.

The festival is the only one of its kind in the UK and celebrates an enormous range of French films, from leading award-winners to new talents. There’s a diverse line-up with something for every taste, including animations, documentaries and shorts.

The festival’s director Richard Mowe commented: “We’re overjoyed to welcome back our faithful audiences, both in cinemas and online, to one of the strongest and most diverse line-ups of any edition of the 29-year-old Festival. Vive le cinéma! and bon Festival.”

Previous Article How France’s Années Folles paved the way for modern French culture
Next Article Travel to Tours: A guide to the Indre-et-Loire capital