Top reasons to visit Ardennes in 2019 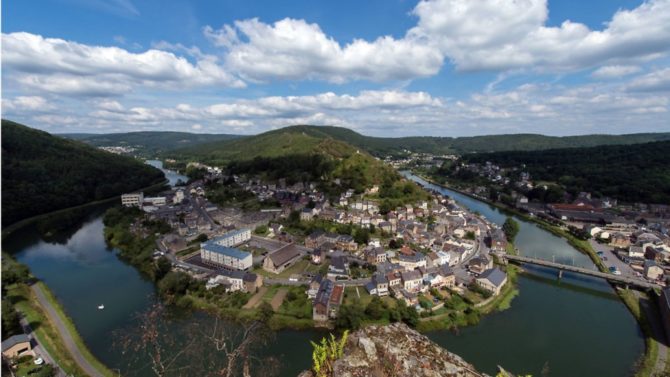 Music, medieval knights and magical puppetry, combined with delicious regional food and drink, means a visit to this part of north-eastern France should be on your 2019 to-do list

This beer festival has grown from humble beginnings since it was first staged in 2013 to celebrate the re-opening of a microbrewery at the Clos Belle Rose guesthouse in Haybes. In the ensuing years it has grown in popularity and now features over 100 beers from 16 different breweries. Almost 5,000 visitors attended in 2018 and organisers will be hoping for many more when the event returns to the grounds of the Clos Belle Rose on the banks of the River Meuse, in the heart of the Ardennes massif. Festival-goers will also be able to enjoy Ardennais cuisine prepared by local chefs and live music. Entry is free.

Food lovers unite in Charleville-Mézières, the capital of the Ardennes, to sample a wide range of delicious regional offerings. Traditional produce and dishes from the Grand Est region of France and across the border in Belgium come together with chefs and crowds all converging at the Place Ducal to share their passion for good food and good humour. Expect to see traditional parades, cooking demonstrations, regional specialities, local crafts and more.

If you’ve always wanted to be King of the castle, then head to historic Sedan to enjoy its Medieval Festival. About 40,000 people visit every year to take a pleasant trip back in time to a time of brave knights, fine feasts and elaborate pageantry. Sedan castle is the largest feudal fortress in Europe and its imposing structure and medieval past are brought to life in this event featuring cavalry tournaments, jousting, jesters, troubadours, markets, traditional crafts and more. The castle could once accommodate up to 4,000 men and they were very well protected behind sturdy walls – the thinnest of which is seven metres wide. The fortress can also be visited by torchlight on Fridays and Saturday evenings in July and August. This festival has a real community feel, with over 400 volunteers helping to organise the event.

The small village of La Cassine near Vendresse is the setting for this spellbinding spectacle, based every year on a well-loved classic. Hundreds of voluntary actors perform with exceptional lighting effects, pyrotechnics and in vivid costumes to make for a deeply emotive experience. La Cassine celebrates its 35th anniversary in 2019, with an adaptation of Victor Hugo’s French classic Les Misérables. Seats can be reserved via the La Cassine website and informal dining is also available at the event. Guests have a choice of a four-course dinner menu (€17) in the chapel, home-made quiches in the tavern, or brasserie-style dining featuring local produce in the marquee.

This annual folk and world music festival takes place every summer on the ‘Four Sons of Aymon’ plateau – a natural setting offering fantastic views overlooking the magnificent panoramic view of the Meuse valley. Since it first began in 1997, the event has grown steadily, attracting new fans and maintaining its unique appeal. Visitors can expect to find a diverse line-up with music from all over the world, teamed with a strong Celtic influence.

Le Festival du Cabaret Vert is a large-scale, eco-friendly, electric rock festival which attracts audiences of nearly 100,000. It takes place every year on the last weekend of August in the Bayard Stadium in the centre of Charleville-Mézières. With the focus on respect for the environment, local food, craft beer and great names in music, the atmosphere is one of conviviality. The impressive 2019 line-up includes Twenty One Pilots, Prophets of Rage, Patti Smith, Airbourne, Ziggy Marley and Maya Jane Coles. Passes can be bought from the Cabaret Vert website and camping on-site is available.

Charleville-Mézières is known as the capital of puppetry to those in the know and this event is one of the main reasons why. Since its foundation in 1961, the festival has become the biggest gathering of puppeteers in the world. Taking place every two years, 100 puppet companies travel from almost 30 countries to be part of the event, which attracted 150,000 visitors in 2013. For the ten days of the festival, the whole of Charleville-Mézières is transformed into a colourful and lovely showcase, with performances taking place in a wide range of venues, including halls, gymnasiums, streets and courtyards. The festival embraces all forms of puppet art, from the traditional to the post-modern, from shadows to Japanese bunraku, and from the miniature creation to the giant.

With the presence of more than 500 onion sellers from throughout France and Belgium, this cross-border fair allows the 20,000 visitors to discover the rich diversity of dishes prepared with onion. Other local specialities are also available, such as the cured Ardennes ham, the white sausage from Rethel (boudin blanc) and the ‘blue stone’ from Givet.

Previous Article 18 French words to use at Easter
Next Article French life is sweet: From San Francisco to baking sensation in Paris