Under-the-radar destinations to visit in France 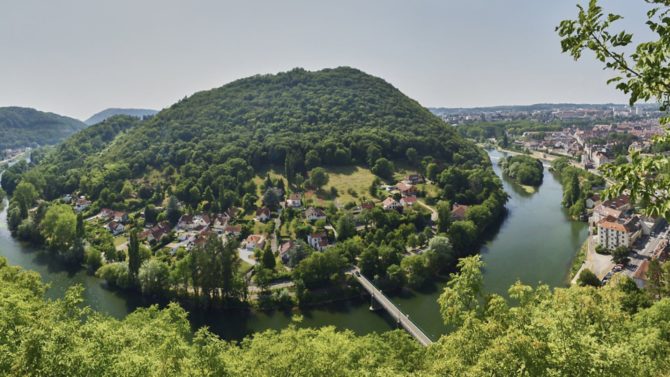 Want to discover all the secret destinations France has to offer? Escape the tourist trail in these hidden and underrated French locations

Nestled in a bend of the Doubs River, this underrated city is dominated by an impressive 17th-century Vauban citadel which offers panoramic views of the rest of the town. The charming town has a rich cultural life thanks to the many museums you can visit and the large number of green spaces to enjoy and yet it remains pleasantly untouristy.

Known as the ‘county of a thousand ponds’, la Brenne regional natural park might actually have around 3,000 lakes and ponds. Its humid soils are recognised internationally and protected as it harbours a number of species of animals and plants. You can explore the park on foot, horseback, by bike and some of it by car.

Roughly following the Yonne River, this 147km-long canal is largely navigated by hire holiday boat, private boats touring the French inner waterways or hotel barges. Stretching between Auxerre and Decize, it is a beautiful and gentle cruising waterway whose pathways on the banks – chemin de halage – offer great cycling routes.

Stradling the departments of Hautes-Alpes and Alpes-de-Haute-Provence, this artificial lake, one of the largest in Europe, is encircled by mountains and dramatic rock faces plunging vertically into the water. The road on the southern banks of the lake from Savines-le-Lac to the next bridge some 19km later (the D954) has breathtaking views and makes for a fantastic drive.

The Jura mountain range is spread across three departments (Doubs, Jura and Ain) and is a great area to enjoy mountain activities without high altitude, making it an ideal family holiday destination. Sporty travellers still have a descent choice of adrenaline-inducing activities but the area is so beautiful to explore, it’s ideal for a roadtrip punctuated with hiking breaks.

Located in the heart of Basque country, this historical fishing village has four beautiful beaches with crashing waves that are particularly popular with surfers (though not for beginners) while a coastal path allows you to walk all the way to Hendaye on the Spanish border. While you’re there, be sure to taste the fish and cuttlefish specialities.

Nicknamed the ‘Pearl of the Vosges’ by Abel Hugo, Victor Hugo’s brother, because he was so moved by the beauty of the lake, Gérardmer is known for its skiing opportunities in a beautiful and preserved natural environment. A huge daffodil festival takes place there every two years.

During the 18th century, members of the bourgeoisie liked to show off their wealth by building opulent mansions, often within landscaped grounds. These became known as folies and you can admire a number of these in Montpellier, including the impressive Château de Flaugergues. It has a working vineyard and a restaurant but you can also visit the grounds and the mansion.

Paris has so many great little quartiers to explore but la Butte-aux-Cailles in the 13th arrondissement has something special. As the name suggests, it’s up a little hill and the outer walls of buildings often sport beautifully executed street art – watch out for the black and white woman, she makes a number of appearances. The district has several excellent restaurants, great bars, cobbled streets and cute corner shops – a lovely place to take a stroll.

Discover the alternative side to Paris in a weekend

This range is located in the French Prealps and is also a natural regional park which shelters the largest natural reserve in France boasting 17,000ha of untouched natural land. The Vercors is made up of rugged mountains and huge plateaux but is also famed for its vast networks of underground caves, some of which you can explore on caving expeditions.

This lovely river is often overlooked. It’s actually a tributary to the grand Lot River. It winds through a limestone gorge in the heart of the Causses du Quercy regional park and is wonderful to canoe and kayak on (it’s family-friendly too). Quaint villages and prehistoric caves cling to its shores but it remains quieter than the many tourist hotspots nearby.

Just 80km north of Paris is this huge, dark green forest. The Forêt de Compiègne is a royal creation and was noblemen’s favourite hunting ground. A palace was built on the outskirts and, from there, the Allée des Beaux-Monts slices through the forest for 4km. It’s the third largest national forest in the country so there’s plenty for everyone to explore.

Secret islands to discover in France

Exciting and unusual holidays in France you should try

Located on the banks of the Charente River, this historic town is listed as a Ville d’Art et d’Histoire because of its many historical buildings, some dating back to the Roman era, others from the Middle Ages and the 17th and 18th century when the town prospered. The charms of the river and historical sites make Saintes a lovely place to visit, especially in July during the musical Festival de Saintes.

This tiny village in the Pyrénées is famed for its quirky tradition of mounaques – large dolls placed throughout the village, originally created to mock unorthodox weddings. They appear on balconies, in windows and on top of sheds throughout the summer to form creative tableaux. You can buy a kit to make your own at the Ateliers des Mounaques.