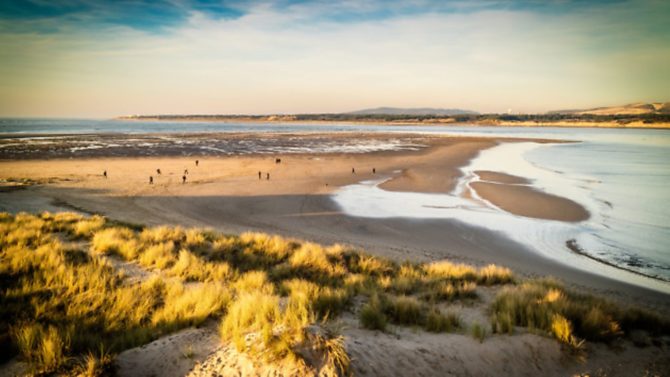 An insider’s guide to in Pas-de-Calais in Hauts-de-France, including the main attractions to visit on holiday, the best towns and villages to live in, the major festivals and events, and buying property in Pas-de-Calais

Sitting on the northernmost tip of France on the Channel, Pas-de-Calais can be found in the Hauts-de-France region (formerly Nord-Pas-de-Calais and Picardy). Boasting a stunning stretch of coastline, historic villages and war memorials, visitors and expats seeking a second property flock to the department steeped in a fascinating history.

Pas-des-Calais makes up half of the former Nord-Pas-de-Calais region and its name is the French equivalent of the Strait of Dover in English. The department saw some of the fiercest fighting in World War I and there are numerous memorials and monuments in remembrance to the dead of both world wars here.

The spectacular coastline of Pas-de-Calais is known as the Côte d´Opale and visitors flock to chic resorts such as Le Touquet. The department also boasts three national parks and two Villes d´Art d´Histoire – Boulogne-sur-Mer and St-Omer. Away from the coastline, the department is more rural, dotted with smaller villages and also towns including the Pas-de-Calais’ capital Arras and pretty town of Lens.

Plane: There are regular flights from the UK to Lille in the neighbouring department of Nord

By train: Eurostar to Lille and jump on the TGV to Arras

By road: You can reach Calais from Kent in just 35 minutes using the Eurotunnel

By ferry: The ferry port in Calais welcomes regular ferries from Dover

Places to visit in Pas-de-Calais

The capital of Pas-de-Calais is Arras, a town which has two UNESCO World Heritage Sites within its environs in the form of the Gothic town hall belfry and the Vauban citadel. Other attractions include La Grand´Place and La Place des Héros, which are flanked by 155 Flemish-Baroque townhouses topped with curvaceous Dutch gables. Also the Basilique-Cathédrale Notre-Dame et Saint-Vaast is a beautiful cathedral to explore after being rebuilt in the 19th century following its destruction during the French Revolution. The Art District is renowned for its Italian-style theatre hall built in 1785.

Do not miss the belfries of Arras, Boulogne-sur-Mer, Hesdin, Calais and Béthune which are all remarkable and offer panoramic views from the top.

When visiting the city of Lens, make sure to visit the Louvre Lens, a satellite of the Louvre in Paris situated on the site of a former coal mine. The museum features a selection of masterpieces from the Louvre’s core collection. The city also boasts the Stade Félix-Bolleart stadium which hosts a variety of major sporting events and the Lens Railway Station, a French National Heritage Site, is a working station with Art Deco styling, beautiful mosaics and Cubist-inspired designs.

Due to the department’s turbulent history, including fierce fighting in the first and second World Wars, numerous towns and villages have war memorials and monuments to remember those who have fallen. Pas-de-Calais’ capital Arras is home to the underground museum of Wellington Quarry which has sensitively opened the tunnels dug by the British Army in the First World War.

Things to do in Pas-de-Calais

While in the lively town of Boulogne-sur-Mer, France’s largest fishing port and a bustling mix of shops, cafes and restaurants, visit the Nausicaä aquarium which is one of the largest in Europe and while in Calais visit the Cité Internationale de la Dentelle et de la Mode is discover more about the history of lace-making in the region.

On the coast the headlands of Blanc-Nez and Gris-Nez offer spectacular views across to Kent on a clear day. The two imposing cliffs of white chalk and clay stand upon a golden stretch of coastline, and are perfect for a ramble along to breath in the fresh sea air. On the beach, there are plenty of activities for sport lovers to participate in including kite-surfing, sand-yachting and speed-sailing. Those looking to relax can while a day away at the delightful seaside resort of Le Touquet.

The inhabitants of Pas-de-Calais look to the sea in their cuisine and moules-frites is a favourite dish here. Also popular dish is carbonnade flamande, beef braised in Flemish beer, much of which is brewed in small artisan breweries to traditional recipes.

Steeped in history and culture, and boasting gorgeous stretches of golden sand, Pas-de-Calais has a lot to offer holidaymakers and those after a second home. There’s a wide range of property styles and prices; from red and brown brick properties typically located in residential areas, town centres and housing estates with tiled sloping roofs to stone or brick farmhouses exuding character in the rural areas of Pas-de-Calais. Along the Côte d´Opale expect to find large villas ideal for those seeking a holiday home.

You can find properties in Pas-de-Calais for sale on the France Property Shop website.