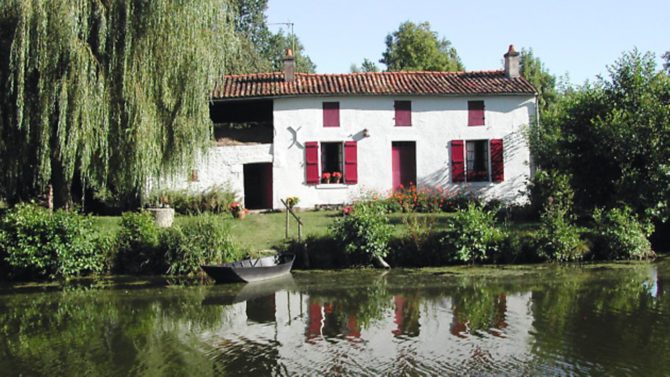 An insider’s guide to in Deux-Sèvres in Nouvelle Aquitaine, including the main attractions to visit on holiday, the best towns and villages to live in, the major festivals and events, and buying property in Deux-Sèvres

For a diverse cultural heritage, delicious local cuisine including fresh seafood and rolling countryside, Deux-Sèvres, buried in the region of Nouvelle Aquitaine (formerly Aquitaine, Limousin and Poitou-Charentes), has a lot to offer holidaymakers and expats looking for a French property.

Deux-Sèvres lies to the north of the Nouvelle Aquitaine region and borders the region of Pays-de-la-Loire. It also borders the other three regions that once made up the Poitou-Charentes region – Charente, Charente-Maritime and Vienne.

The name of the department literally means ‘two Sevrès’ as the sources of both the Sèvre Nantaise and Sèvre Niortaise rivers can be found here. Popular places to visit in this corner of the former region of Poitou-Charentes include Parthenay, Bressuire, Thouars and Coulon.

To the west of Niort is a vast expanse of marshland called the Marais Poitevin; referred to as La Venise Verte, it is criss-crossed by a network of canals which can be explored by boat in a traditional barque.

Plane: There is an airport in Poiters and an international airport in La Rochelle, in the neighbouring department of Charente-Maritime (*link to department guide once uploaded*)

By train: Eurostar to Paris and jump on the TGV to Poiters with local services going to Niort

By road: Niort is 650km from Calais

Places to visit in Deux-Sèvres

The capital of Deux-Sèvres is the town of Niort which boasts a rich architectural heritage with buildings spanning the Renaissance and medieval eras. The city is home to a castle with an impressive donjon (castle keep), which dates from the 12th century. The Donjon de Niort boasts an impressive collection of local artefacts and spectacular views across the town and Sèvre Niortaise. Textiles, leather tanning and flour milling were once the traditional industries of Niort, but today it is an important centre in France for insurance and banking companies.

The fortified town of Parthenay is Deux-Sèvres’ best example of rich historical legacy being a medieval town with many half-timbered properties and narrow streets. Typically peaceful, in early July the town’s streets become alive with the Festival Ludique International, expect a bevy of street entertainment, board games and themed ‘villages’ for visitors to participate in a variety of different games.

The historical town of Oiron is worth a visit while in Deux-Sèvres. Buried in a picturesque rural setting, the magnificent Château d`Orion, steeped in a turbulent history, is worth a visit for the gorgeous architecture and its wide collection of contemporary art.

Things to do in Deux-Sèvres

Deux-Sèvres is home to Marais Poitevin, also known as France’s ‘green Venice’, and the country’s second largest wetland. The area has been created, shaped and maintained by water throughout history, and is criss-crossed by a network of canals which can be explored by boat in a traditional barque. Nature lovers can spot plenty of flora and fauna, including an array of birdlife while boating along the water or while exploring the landscape along the many miles of level marked trails. Don’t miss Coulon, the capital of the Marias Poitevin.

For a fun-filled day out, the town of Villiers-en-Bois is home to Zoodyssée, a 25-hectare wildlife park at the heart of a national forest with more than 500 animals and 60 different species waiting to be explored.

Various types of goat’s cheese are made in Deux-Sèvres, and the torteau fromagé is a cheesecake made from goat’s cheese with an unusual black crust, traditionally served with champagne at weddings. The Marais Poitevin is the most important area of angelica cultivation in France, and the plant is used to make a local liqueur.

For those on the look out for rural idyll, a delightful waterside property or a relaxed pace of life, Deux-Sèvres is the perfect choice. There’s a wide range of property styles and prices; from restored stone houses, half-timbered medieval properties dotted in Parthenay and Niort and maraîchines, typical stone marshland properties with an upstairs floor.

You can find properties in Deux-Sèvres for sale on the France Property Shop website.

Running a gite business in The Marais Poitevin

Behind the scenes of a luxury wedding venue in France

Previous Article Win! A copy of the book, Everything about Paris (or almost everything)
Next Article Pas-de-Calais guide