France’s fantastic beasts and where to find them 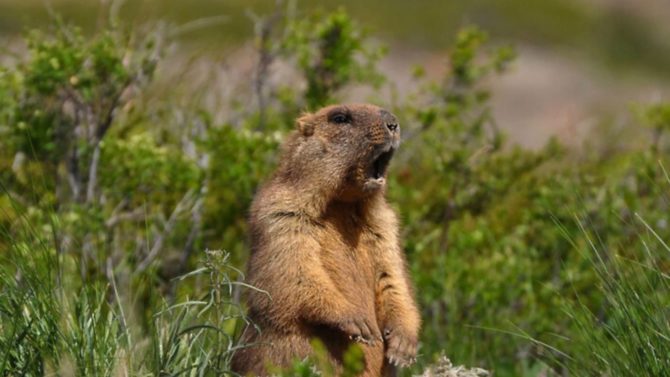 Where to find them: The French Alps, the Pyrenees, the Massif Central

These cute and chunky rodents (members of the squirrel family, you may be surprised to learn!) make their home in the mountains, where they live in burrows. They spend winters in hibernation, so you probably won’t see one if you’re skiing; in summer, listen out for their high-pitched whistle when you’re out hiking.

Where to find them: The Camargue

Birding in the Camargue is a treat for twitchers, with an abundance of migrating birds to look out for. The most iconic are the pink flamingos that love to splash around in the wetlands here. For the best place to see them, visit the Parc Ornithologique du Pont de Gau where you can wander around miles of peaceful trails with your camera in search of the perfect shot.

Where to find them: The Loire Valley, the Rhône Valley and other river areas

Although their habitats were largely destroyed by humans during the 17th-19th centuries, there are now beavers in some fifty departments across France. Their present population is estimated to be around 14,000; look out for their rustic dams.

Where to find them: Forests in south-west France

This spotted feline, also found in Spain, is indigenous to Africa, but was introduced to Europe around 1,000 to 1,500 years ago. With a pretty grey coat and black spots, it blends in well in its forest habitat. Although the majority are found in the south west, they have even been spotted as far north as Alsace!

Where to find them: The French Alps, the Jura, the Pyrenees

This goat-antelope with short horns is found on both meadows and forests in France’s most mountainous regions. They’re very hardy and also nimble – one was even seen close to the summit of Mont Blanc! They can jump as high as two metres into the air.

Where to find them: The French Alps, the Pyrenees

Look out for the huge horns of these mountain goats – on males they can be up to a metre in length! Unfortunately, ibex were hunted to extinction in France in the 1960s but have since been successfully reintroduced in the Écrins National Park and later in the Pyrenees.

Where to find them: The French Alps, the Cévennes

Wolves were once everywhere in France, but hunting saw them all but disappear in the 1930s. However, from the 1990s, they started to return across the Italian border, with the first beasts spotted in 1992 in Alpes-Maritimes, and now there are approximately 430 across l’Hexagone. Join a wildlife tour to spot them in the wild in the Alps or see them in the Parc des Loups du Gévaudan, the biggest wolf park in Europe.

Do you know the French words for these animals?

Previous Article Have you tried these 14 French tongue twisters?
Next Article A weekend in Saint-Jean-de-Luz in French Basque Country