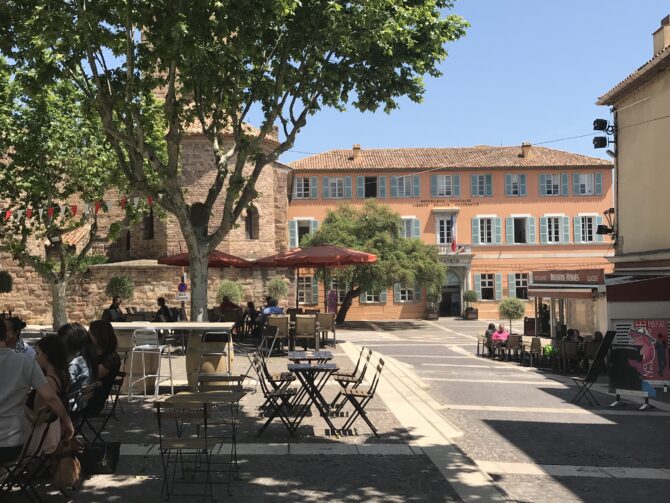 As you leave the A8 autoroute from Nice at Exit 38-Frejus, an imposing Roman monument hints at its historical past. Indeed, Frejus is often referred to as the French Pompeii. It was here that Julius Caesar founded the first Roman military harbour on the Mediterranean coast, and with its 2,000-year-old history, the city is bursting with ancient monuments.

The Roman Ampitheatre, an impressive oval arena seating 12,000 people, sits on the outskirts of town. Recently restored for public events, its ancient sandstone is now covered with white concrete to help preserve the original structure. A shame really, as the crumbling stone seating lent so much imagery to gladiatorial times past. Other prominent sites to visit include the Roman Aqueduct where 40 kilometres of channeled waters from the Foux and Siagnole Rivers meet via massive underground conduits. Constructed in the second half of the First Century, this classified historical monument functioned for at least 400 years, thanks to the architectural genius of the Romans. The Archaeological Museum is worth a visit for Roman artifacts and houses the bust of Hermes, the symbol of Frejus.

Military history has been an important part of Frejus from Emperor Caesar’s time to today. The Pagoda of Hong-Hein is the oldest Buddhist temple in France and was built in 1917 by Indochinese infantrymen during the Great War. Indeed, the Indochina War Memorial here represents the history of Indochina. Since Frejus welcomed the first contingents recruited overseas in 1915, military camps and hospitals were built to accommodate Indochinese and African troops.  The Black Monument pays homage to the African army who died for France in WW1. The Missiri Mosque in the Cais Military Camp is modelled after the Great Mosque of Djenne in Mali and was built by Sengalese riflemen in 1930 to combat homesickness after the war when not all were repatriated. 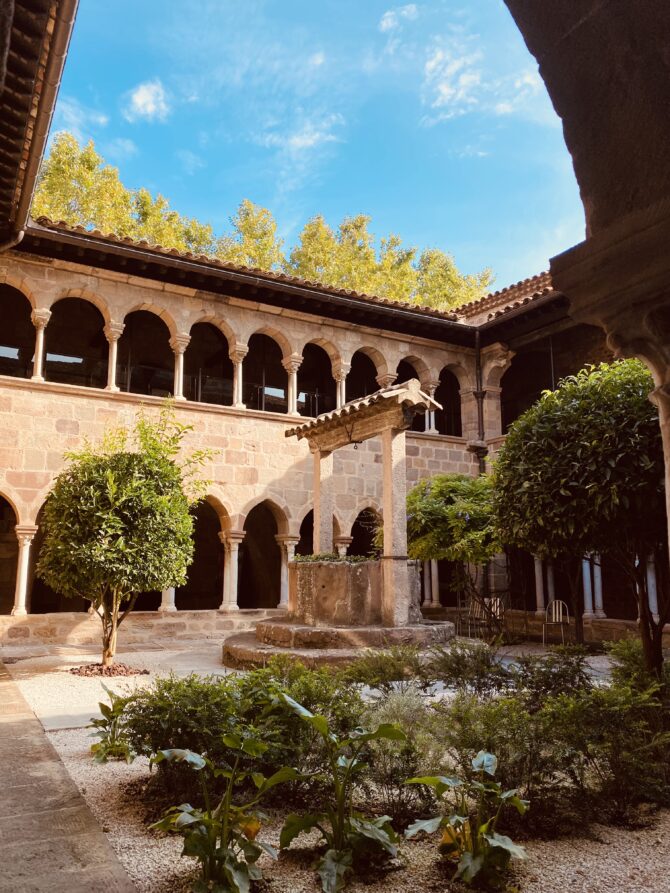 The Gothic Saint-Leonce Cathedral lends a strong symbol of early Christianity where an episcopal seat has existed since 374AD. Saint Leonce was the first known Bishop of Frejus and put in power by Emperor Constantine. The baptistery, first built in the 5th Century, still stands today. Enter through the double-winged porch with its 16th Century carvings and the octagonal font sits in the centre of the baptistery. There is a baked clay basin (dolium) for feet washing on the left of the font. The Cathedral consists of two naves, joined together with the magnificent bell tower supported near the entrance by great Roman pillars. The adjoining cloisters dating back to the 13th Century were constructed with stones cut from colourful, local Esterel sandstone. The upper gallery added in the 14th Century, obliged builders to replace the old vaulting with a timber frame. This ceiling made from larch wood which is said never to rot, features beautifully painted coffers representing religion, daily life and the bestiary. These living images of good and evil are thought to be linked to the imagination of those living in the 14th Century, and of the original 1200 small paintings, 300 have survived and can still be identified. I was amazed at how vivid the blue and red backgrounds of these painted themes have withstood the test of time, both in their colour and their depiction.

Frejus’s street market runs on Wednesdays and like most towns in the Var region of south-eastern Provence, it is brimming with local life and culture, where fresh produce is proudly on display. Originally a small, agricultural village, Frejus now acts as a marketing and distribution centre for wines, fruits, vegetables and flowers produced in the surrounding district. The best herb vender is on the corner next to the cafe in the square where I always stock up on fresh Estragon, Cous Cous spices, Herbs de Provence and sea salt. Further along is a fabulous wine merchant and near La Mairie and Cathedral in the main square is a really good butcher where I buy my Escalopes de Dinde (turkey breasts), pates, cheese, eggs. It closes at midday sharp! 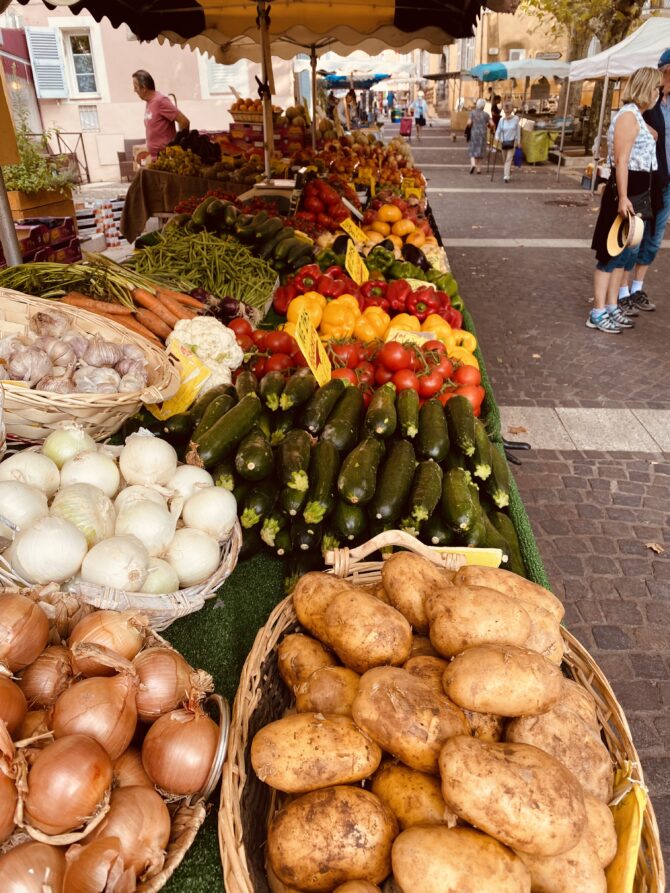 There a several restaurants to choose from lining the square behind the cathedral, all offering their ‘Plat du Jour’ so it’s always a good idea to stroll past their menus displayed out front and make your choice. Market days are busy from 09.00am so claim your preferred table before the market packs up, usually between 12.30-13.00, or you might be unlucky!

There are quite a few vineyards worth visiting around Frejus – notably ‘Le Clos des Roses’ and ‘Le Jas des Oliviers’. I visited ’Chateau du Rouet’ on the D47 outside Bagnols–en-Foret, where the driveway past white horses in the fields surrounding the winery was enough to convince me to buy some of their wine! (You can always google these and other neighbouring vineyards for directions).  Just 30 minutes outside Frejus in Les Arcs-sur-Argens is the ‘Maison des Vins’ or Wine Institute where you can immerse yourself in oenology classes, or browse their vast wine library, and stock up on your new favourite wines.

If you are visiting with kids then there are several amusement parks nearby. For youngsters there’s ‘Aqualand Frejus’ which offer slides and kiddy pools. It opens at 10.00am and is located on the coast road between Saint Aygulf and Frejus, about ten minutes drive outside Frejus town. ‘Luna Park Frejus’ is for the older kids and families. Entrance is free but rides cost 5-20 euros. It makes for a fun evening break. There is also a Go-Kart track nearby which is very popular with Dads and sons and those F1 wanna-be’s.

And finally, after all the sightseeing, shopping, eating and wine-tasting, I recommend a walk along the coastal path in the Esterel Hills – the ‘Sentier des Douaniers’ – once used by Customs officers, which runs from Frejus to Saint Aygulf with magnificent views of the wild land and seascape. You don’t have to walk the entire route, just go a short way, find a place to sit and reflect on a ‘journee magnifique’!